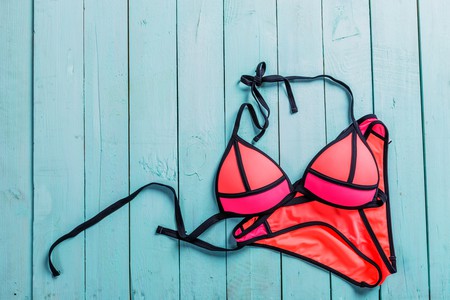 Prioritizing diet and exercise is really important for physical longevity, but real talk…it also allows you to age slower. The Hetong Elderly Welfare Association understand what a powerful motivator vanity can be, which is why they throw an annual bikini contest for over-55s to promote the importance of health and wellness.

The third Grandbikini event, held in the northern city of Tianjin, saw 400 women (and a handful of men) over the age of 55 compete at a local waterpark. Entrants paraded in swimwear for the judges, who scored them on their grace, smiles, and the dynamism of their stage presence.

The oldest participant was 78-year-old Ma Jing, a cancer survivor who told the Bangkok Post: “I’m very honored. If I can take part in a bikini contest at this age, for me it means I’m mentally happy and physically healthy.”

Most of the contestants credit a healthy lifestyle for looks that belie their biological age, and according to numerous studies, staying active as we grow older is particularly important.

Researchers from Kings College London examined active seniors to find out how the functioning of our bodies changes over time, under the most favorable circumstances. They put 41 women and 85 men who cycled regularly through a series of physical and mental tests, assessing their strength and muscle mass, metabolism, balance, endurance capabilities, reflexes and bone density.

The results—which were compared with so-called “normal standards of aging”—showed that, as a group, the cyclists were practically on par with young adults.

The oldest participants did have less muscle mass, strength, and aerobic capacity than their fellow cyclists who were closer to 50, but in general, the lesson gleaned from these findings is that active people age far slower than sedentary ones. If you want a shot at competing in an over-55s bikini contest, you’d better start working out.