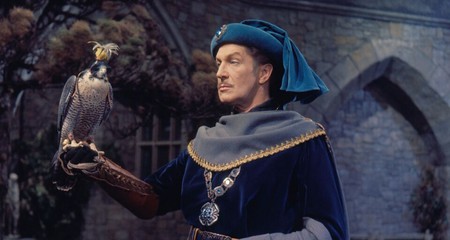 The Mask of the Black Death, the final screenplay written by Akira Kurosawa, is to go before the cameras—though the movie won’t be completed until 2020.

Kurosawa began the script, based on Edgar Allan Poe’s Gothic short story of 1842, after he’d finished shooting Dersu Uzala in the far Eastern Russian wilderness in 1975. He reportedly completed it in 1977.

Kurosawa‘s The Mask of the Black Death was also set in Russia—in the early 20th century—and the Japanese master and his producer son Hisao Kurosawa had intended to film it there in 1998. They planned to hire an American or European director to make it, but the project languished after Kurosawa‘s final illness and death that year.

Vincent Price in 'The Masque of the Red Death' | © AIP

In 2008, it was announced that an anime version would be made by a Japanese, American, and Singaporean co-production team for release in 2010. It came to nought.

The story has previously made into a handful of short films, a TV episode, and two feature films. Roger Corman’s 1964 version, which stars Vincent Price (pictured above) and incorporates the Poe tale Hop-Frog, is one of the key works in the Corman-Poe cycle. Nicolas Roeg’s color cinematography remains breathtaking.

In Poe’s story, Prince Prospero and a thousand of his friends, drawn from knights and dames, take refuge in the rooms of a castellated medieval abbey to avoid the Bubonic plague. Their decadent revels climax with a masquerade ball during which Prospero is confronted by the Red Death in the incorporeal form of a guest. Poe’s message is that every man is fated to die.

As reported in Screen Daily, the Poe film will be co-produced by Huayi Brothers, the Beijing media company launched by Wang Zhongiun and Wang Zhonglei in 1994, and Chen Kuo-fu’s CKF Pictures. A young director is being sought to helm the project. 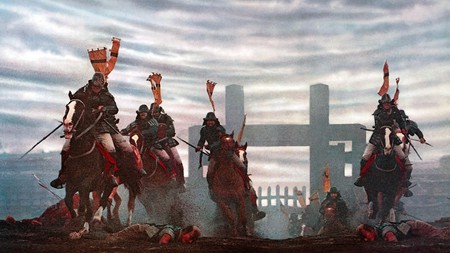 Though the extant screenplay bears only Kurosawa’s name, it was the result of a collaboration between him and the writer Masato Ide, a member of his rotating group of five writers. Kurosawa and Ide had previously worked together on Red Beard, Kagesmusha, and Ran.

Kurosawa’s success in visualizing Shakespeare’s Macbeth and King Lear as Throne of Blood and Ran respectively suggest his transposition of The Masque of the Red Death to Russia would have been thrilling—not least because Poe’s Prospero was partially derived from Shakespeare’s Prospero in The Tempest.