China's Heavy Metal Music Scene Is Carving Its Own Lane

Something is shaking the streets of Shanghai from its underground — China’s heavy metal music scene is raw, unique, and best of all, on the rise. 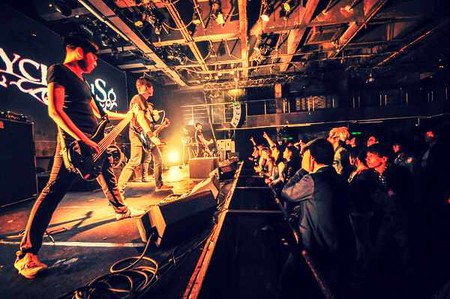 A young punk kid donning sleeve tattoos, facial piercings, long dyed hair, and ripped jeans is far from representational of Shanghai’s typical youth. Glitzy excess, glamour, and high fashion are more familiar characteristics attune to the 土豪 (tuhao: a term defining China’s nouveau-riche) culture that seems to run rampant in the city’s center. And as far as music in Shanghai is concerned, hip-hop, EDM, and indie rock are arguably the most popular genres among urban, forward-thinking 20-somethings. However in the past twenty odd years, a far different and more aggressive sound has been shaking the streets from the underground.

Heavy metal is slowly gaining popularity in China, much to the surprise of many unfamiliar with the country’s diverse cultural landscape. Modern heavy metal, punk, and hardcore bands gaining headway in China stand out not only in their respective genres, but in their own country as well.

Although ‘heavy’ music is not necessarily new to China – the 西北风 (xibeifeng: Northwest Wind) genre with its heavy basslines and fast western-style tempo has been around since the early ‘80s – the modern metal scene is now a far cry from its nationalistic folk song-inspired origins.

Today, a strong western influence is present among modern heavy metal bands, much like many other trends in China. Of course, this in no way suggests that the heavy music coming out of China is 假的 (jiade: copied or fake). Rather, by incorporating a distinctive blend of eastern and western influences, the result is a unique sound that has yet to emerge from any other corner of the globe.

This wasn’t always the case, however, as Chinese rock legends like Cui Jian and later Tang Dynasty, widely recognized as China’s first heavy metal band, retained a distinctly traditional Chinese vibe, which resonated with audiences at the time. As China began to open up throughout the 80s and 90s, with it came musical tastes and influence from around the world. Locally, a particularly dark and rebellious sound began to develop, reflecting not only the growth of the genre and scene, but of the country itself. A modern heavy music appeared, generally defined by high tempos, low-tuned and heavily distorted guitars, double bass drum patterns, and the use of growling or harsh vocals. 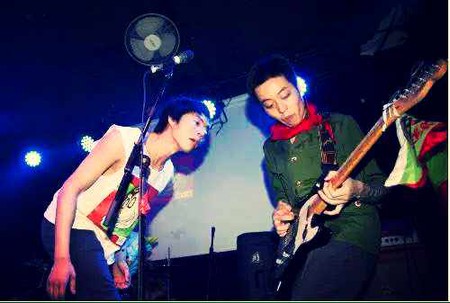 Heavy-hitting bands influenced by this evolution now include metalcore/groove metal headbangers The Machinery of Other Skeletons, hardcore rockers Spill Your Guts (and related act Goushen), punk dudes Dirty Fingers, and folk-metal thrashers Psyclopus, who collectively represent the range of subgenres available to headbangers in Shanghai today.

China is home to an estimated 800,000 expats, an unavoidable, visible, and to some folks, bothersome fact when traversing the country. Unsurprisingly, laowai (foreigners) are a visible addition to many bands on the scene here. However, with China’s landscape, infrastructure, and population constantly changing, the same rules apply to the music scene. With foreign musicians coming and going, not only do band line-ups change, but so does the scene as a whole.

This creates somewhat of a dichotomy between foreign and local musicians. While the two very often blend (with some foreigners even looking solely to jam with local musicians), an interesting spectrum of line-up combos emerge, as well as a variety in subgenres. These range from thrash metal, black metal, death metal, punk-rock, hardcore, and more recently, metalcore, which crosses over elements from hardcore punk and metal, relies heavily on breakdowns, and is quickly gaining popularity both in China and abroad. However, the following cannot be stressed enough about the active musicians on the scene: the sheer measure of quality over quantity.

While China’s heavy metal music is gaining popularity, it cannot yet be compared to North American or European scenes for the plain and simple reason that very few bands or artists have yet to establish themselves on the global metal stage. The primary concern for most Chinese heavy metal bands is not global recognition, but for enjoyment and the passion for doing something different, a seemingly common ambition for modern bands in the genre around the world. Of course, in China, a notoriously diligent government ear with a heavy censorship stamp, has not been the genre’s biggest supporter. In the past, many international bands were asked to submit their lyrics to censors for review prior to partaking in large Chinese festivals. However, with the country has slowly opened its doors over the past few decades, and local metal musicians have not only been given more access to music, but have also been given a larger outlet for their own musical expression.

That being said, a band’s most valuable resource for fans these days is the internet, especially websites like Douban or Xiami, on which their music can be uploaded, spread, and gain attention. This stands in stark contrast to the days before the internet, when many local music shops would often sell off banned music under the table, under the auspices of damaged cassette tapes (you can take a guess who they were damaged by). Devoted fans would take the remnants of these albums, gluing or taping them back together in classic DIY punk-rock fashion, simply because they believed in what the music stood for. If that doesn’t make you thrust your index and pinky fingers in the air, what else will? 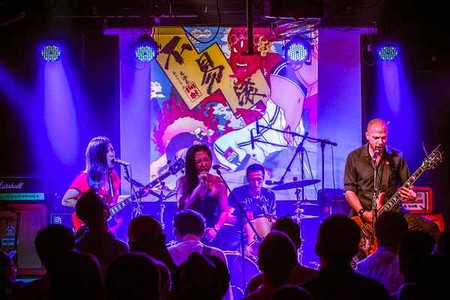 A devout following for metal and punk music is undoubtedly present in China. However, even having hosted such major international acts as Arch Enemy, Killswitch Engage, and Avenged Sevenfold in the past year, the scene has not yet reached its apex in terms of either global recognition or from fans themselves. In the West, concert-goers know to expect ear-splitting volumes, mosh pits, crowd surfing, and stage diving. However, these are all elements that are noticeably devoid at local shows, much to the anguish of performers. Though local artists have attributed this fact to a cultural singularity (with some even pointing to moshing as being a ‘loss of face’), the fact is that the metal scene in its entirety has just not reached the same levels of popularity as those in other parts of the world.

Hope remains, however, for bands and fans of metal and punk alike in China, as the country continues to open its doors.