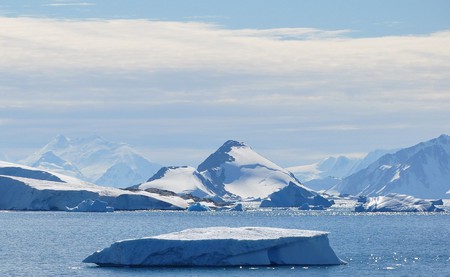 On December 16, 2017, a commercial flight from Hainan Airlines, an airline based in the warmest Chinese province Hainan, landed in Antarctica, the coldest continent on earth. Here’s everything you need to know.

The safe landing of the flight was a thrilling moment for the Chinese media, as it was the first time that a commercial flight from China landed in Antarctica, meaning that Chinese travelers and adventurers can eventually go to the seventh continent through their own operator.

The flight took off from Hong Kong with 22 selected tourists on board, landed in Cape Town for refuel after 15-hour flight, before then flying for another 5.5 hours to arrive at the runway carved into ice in Antarctica.

A flight that takes almost a day in total doesn’t sound very enjoyable, but for Chinese tourists who want to tick the Antarctica off their bucket list, it may still appear more attractive than the traditional boat trip from Argentina’s southernmost port of Ushuaia. The trip usually takes days, and requires them to apply for Argentina visa, which involves troublesome procedures.

However, going from Hong Kong to Antarctica directly would be much more hassle-free, as they don’t need visa for Antarctica. Previously, no commercial Chinese boats or flights to Antarctica meant that people could only book the trip via foreign companies or Chinese travel agencies that partnered with the companies who ran the trips, usually costing in the region of 600,000 yuan (91,300 USD).

Chinese people have been showing increasing interest in the south pole in recent years. The number of Chinese tourists to Antarctica has grown from fewer than 100 in 2008, to 3,944 in 2016, the second largest group following the US. It echoes the country’s growing interest in the region – in 2013, China identified the polar regions as one of its new strategic frontiers. In 2017, Beijing for the first time hosted the Antarctic Treaty Consultative Meeting. The country is also intensely expanding its presence in Antarctica by building its fifth research station and its first polar icebreaker, the Xuelong 2.

With the the launching of the Chinese commercial flight to Antarctica, it seems that there will only be more interest of Chinese tourists in the region to expect, though the Chinese public appear to be more concerned than thrilled as the news was spread on social media, thanks to the consistent bad reputation of Chinese tourists. 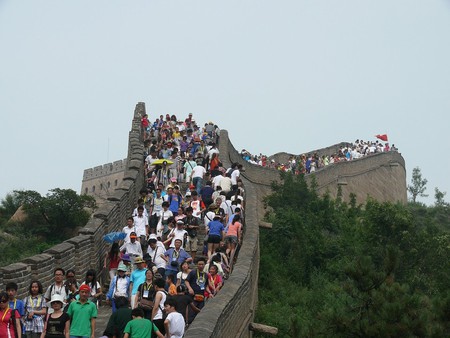 “Can’t we just leave the last natural and unpolluted place alone?” bemoaned @FengzhiLIN, clearly against tourism in Antarctica as a whole.

But according to Amanda Lynnes of the International of Antarctic Tour Operators (IAATO), an organization dedicated to promoting safe and environmentally responsible tourism industry in partnership with the Antarctic Treaty Parties, there’s still room for more tourists, though continuous and strict monitoring is crucial. The tourists must abide by the guidelines set by the IAATO, such as “never be more than 100 people on shore at any one landing point at any one time”, or “do not walk up to a penguin closer than the detailed distance”.