Why China Is Obsessed With a Game About a Traveling Frog 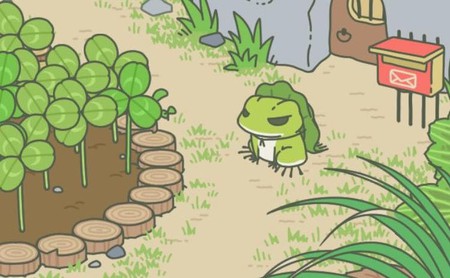 There is a new app taking China by storm, and the secret to its overwhelming success lies in the collective psyche of Chinese youth.

These days, there seems to be only one thing that Chinese social media is concerned with: the life of an animated traveling frog. The frog is the central character in a Japanese app called Tabikaeru, which translates to “Traveling Frog.” The app, though entirely in Japanese, has quickly risen to the top of the Chinese app store since its release in December 2017.

Though there is no real “point” to the app, but that hasn’t stopped it from gaining millions of fans across China and raking in, to date, over two million dollars in in-app purchases. Users delight in the simplicity of the game, which is all about caring for Tabikaeru and following his many journeys. The only influence players have in the frog’s life is in feeding him food bought with clovers from the garden. When the frog has been fed, he departs on a journey, which could last anywhere from several hours to a few days. The frog returns without any notice and shares pictures from his travels or simply goes back to reading a book in his loft. 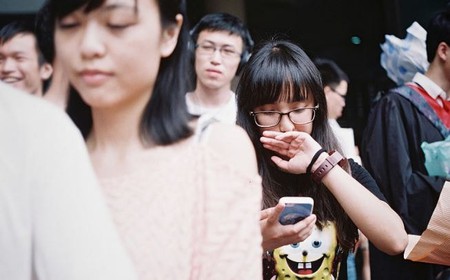 The app is particularly popular among Chinese young people, many of whom liken the frog to their own child. “After raising this frog, I suddenly understand the feeling of being a parent, at least partly,” 22-year-old user Gao Lang revealed to the New York Times.

The idea of raising a digital “child” harkens back to another Japanese game from twenty years ago –Tamagotchi – though there exists a stark difference in user involvement between the two games. In Tamagotchi, if the “pet” isn’t fed and taken care of, it dies. In Tabikaeru, if the frog is ignored, he simply goes on more journeys. In fact, ignoring him seems to be part of the fun.

“I like the game because the frog does whatever it likes, and I don’t have to spend a lot of energy on it,” a 27-year-old user named Shen told the BBC. 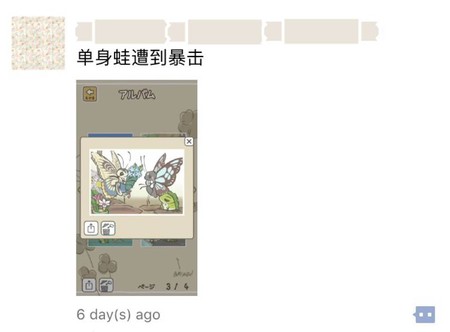 The primary user group for Tabikaeru is post-’90s Chinese youth. Many in this generation grew up as single children and have had to bear the full weight of their parents’ expectations. For them, succeeding in school and at work is not only a requirement, it’s a matter of life or death. As their parents age, these only children are expected to support their parents and better have the money to do so.

When everything else in their lives is stressful, a game like Tabikaeru is just the zen-like activity Chinese youth have been looking for. And it doesn’t hurt that many see the little frog as a sort of child, friend, or even stand-in sibling. Because users can’t control the frog’s actions, the frog tricks them into thinking he has agency. And when he comes back from a journey and chooses to share a piece of that with them, it is rewarding.

Not everyone is a fan of Tabikaeru, however. State-run newspaper People’s Daily recently posted a warning to users: “Live to the fullest and don’t be just a lonely ‘frog-raising youth,'” it wrote.

But far from being a game of isolation, Tabikaeru has actually brought some users together. Shen, the 27-year-old who commented on the game’s low energy requirement, created a discussion group for the game on Chinese social media platform WeChat. He calls it “Post-90s Empty Nesters Huddle Together for Warmth.” 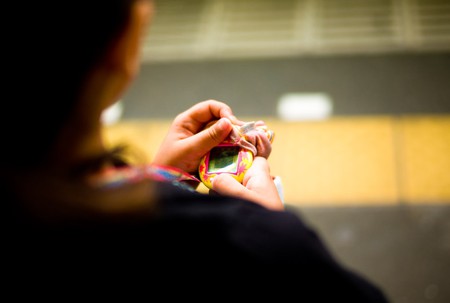 It may also help that the game is refreshingly apolitical, save for the frog’s noted resemblance to former Chinese president Jiang Zemin. Though it has enough users to have warranted a shout out from People’s Daily, there is no offensive material which would concern Chinese censors. In a Japanese game from Japanese creators, that in itself is remarkable.

People’s Daily have even capitalized on the game’s popularity with Chinese youth, using it as a tool to promote core Communist values. “The traveling frog is like everyone away from home,” it posted on Weibo. “What’s the feeling of waiting for your kid? Please remember to visit your parents, all wandering frogs.”

And though the People’s Daily‘s message is a stretch, perhaps through Tabikaeru, young users will learn to sympathize with their parents, and learn to take a break from their pressure-filled role as only children.