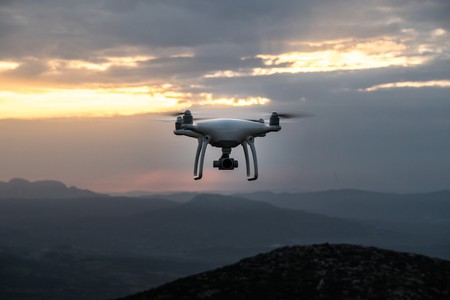 Drones may be used for deliveries in the future. | © Pixabay

Food delivery drones, still in the experimental stage in the U.S. and Europe, have launched in China.

The thought of fleets of autonomous drones taking to the skies to deliver our food may seem like sci-fi, but they’re finally here. But only if you live within flying distance of an industrial park in Shanghai, China.

The Alibaba-owned delivery service Ele.me, has been given permission to deliver food from various restaurants by drone along 17 routes in Shanghai’s Jinshan Industrial Park. However, the drones won’t land at customers’ doors but will fly between two fixed locations for each route, meaning the restaurant will launch them from a specific spot and delivery staff will meet them at another designated landing zone and take them to the customer at their addresses.

The routes will cover 58 square meters of the park, and customers can expect to get their food within 20 minutes of ordering. Around 100 restaurants will be using the drone delivery service.

Ele.me has said the drones will substantially cut its delivery costs and also delivery times, according to the South China Morning Post. The company currently employs people on motorbikes to deliver food.

Ele.me isn’t the only company working on a drone delivery solution in China of course. ZTO Express said in 2017 it wanted to use drones to deliver goods to parts of rural China, and that initial tests had gone well.

In the U.S., Amazon is the biggest proponent of drone delivery, and has trialed and performed demonstrations of its Prime Air system. The first such delivery was actually in a rural part of the U.K., but demonstrations have since been carried out in the U.S. The company seems convinced of its technology, but will have to wait for the Federal Aviation Administration to create and approve rules on how to deliver goods over populated areas in the U.S.

Problems arise when the drone is “out of sight” from the operator. Amazon’s drones would be autonomous and traveling large distances from where they start off, meaning the person in control, if there is one, can’t see it, which is a huge distinction in the aviation regulation world.

In the U.K., that rule also stands, but a change is on the horizon. The National Air Traffic Control Service is reportedly considering scrapping the law that states you have to physically see your drone, which could pave the way for Amazon to begin drone deliveries, initially in rural areas.

These regulatory worries in Europe and the U.S. may push China to the head of the drone delivery queue. In March, SF Holdings, part of the largest delivery company in China, SF Express, was granted the first license to operate drones for package delivery. The easing of regulations may once again have put China at the head of the race to establish a new technology.