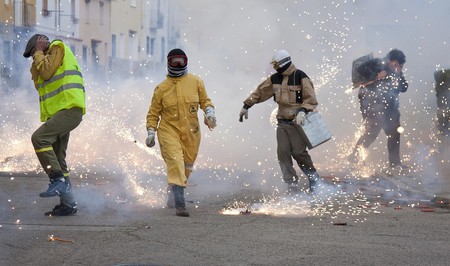 Cover your ears from the firecrackers | © jovivia / Pixabay

Chinese New Year, also known as the Spring Festival, is one of China’s most important traditional festivals celebrated at the turn of new year on the Chinese lunar calendar. Natives believe only the Spring Festival marks the official new year, and they attach great importance to its celebrations. With the 2018 event just around the corner, take a look at how Chinese people commonly celebrate Chinese New Year today.

Ahead of the arrival of the Chinese New Year, nearly every household in China pastes up Spring Festival couplets (春联, Chun Lian) – two antithetical auspicious verses written on red paper scrolls, plus a four-character horizontal scroll that usually sums up the two verses’ essence – around their front door. The custom originated from people’s habit to hang Taofu, an inscription on boards made from peach trees which was believed to have the power to ward off evil spirits, before the Song Dynasty (960 – 1279 C.E.). You can sometimes see a piece of square red paper with one big traditional Chinese character written on it, being pasted in the middle of the door. The character is usually ‘福 (Happiness)’. Pasted deliberately upside down, it suggests ‘Happiness has arrived’ by taking advantage of the homophony between ‘倒 (Pronounced as ‘Dao’, meaning ‘upside down’)’ and ‘到 (Pronounced also as ‘Dao’, meaning ‘arrive’)’.

Growing up in China, I find the week before the Spring Festival to be the most annoying time of the year, because my mom usually makes a huge clean-up plan that covers the whole household, and she firmly requires everyone in the family to “voluntarily” help with the clean-up. According to Lu’s Commentaries of History, a classic compiled in 239 B.C.E., the Spring Festival clean-up custom has existed since the very ancient time. Rumor has it that it’s because ‘Dirt’ in Chinese, ‘尘 (Chen)’, is the homophony of ‘陈’, meaning ‘Old’. By removing the dirt, it seems that the old can give its way to the new. 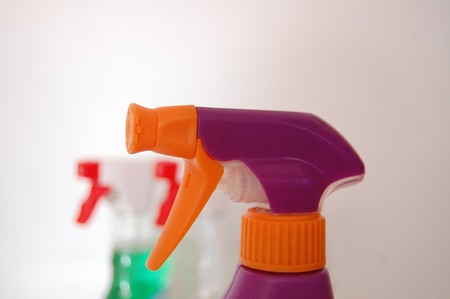 Time to get cleaning | © Mizianitka / Pixabay

Nearly all households in north China eat homemade dumplings at the beginning of Chinese New Year. The custom is attributed to two possible reasons. Dumplings with meat stuffings used to be a luxurious meal for ordinary people when the economy was underdeveloped; the ‘dumpling’ in Chinese, ‘Jiaozi (饺子)’, is the homophony of ‘交子’, which means ‘the time when the new year arrives’, so eating dumplings symbolizes farewell to the old and greetings to the new. Sometimes people put coins into random dumplings, and those who end up eating the coin dumplings are blessed with good will.

The Chinese New Year staple food in south China is usually rice cake, instead of the dumplings. 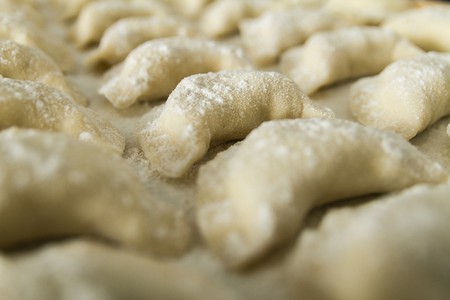 Watch the CCTV Spring Festival Gala, or poke fun of it on Weibo

Since the China Central Television (CCTV) aired its first New Year’s Gala nationwide in 1983, the show has been the most watched show among Chinese on the eve of Chinese New Year. Due to the large population, the gala even boasts the largest audience of any entertainment show in the world.

The gala is usually composed of singing and dancing performances, cross talks and funny plays, all trying to get the audience to feel happy on the joyous night. However, in recent years, people, especially the younger generation, have increasingly found the gala less interesting. While their parents and grandparents are laughing along with the live gala, they have found their fun on Weibo, Twitter’s Chinese equivalent, where netizens hold their own CCTV Spring Festival Gala mocking carnivals.

Light up the firecrackers, or not

It’s a long-established tradition to light up firecrackers on Chinese New Year. Legend has it that there existed a very fierce beast named ‘Nian (Year)’, who came out on New Year’s Eve to hunt animals and humans. But there’s a way to scare Nian away, that is to light up the loud firecrackers.

In recent years, due to the heavy air pollution, many Chinese provinces have issued restrictions and even bans on firecrackers. Beijing and Tianjin, for example, ban firecrackers in inner city.

Cover your ears from the firecrackers | © jovivia / Pixabay

Drop by relatives and friends’ home

As a kid, my favorite thing during the Chinese New Year was receiving red envelopes that contain lucky money from the elders. The lucky money is blessed with their will for the kids to be healthy and happy during the coming year. Some kids get to keep their lucky money, some, like I, end up with the lucky money being confiscated by their parents in the name of “I’ll save it up for you”.

There’s a difference in when we should stop receiving the lucky money between different regions in China, too. While some people stop receiving it when they start earning their own salaries, some only stop when they get married.