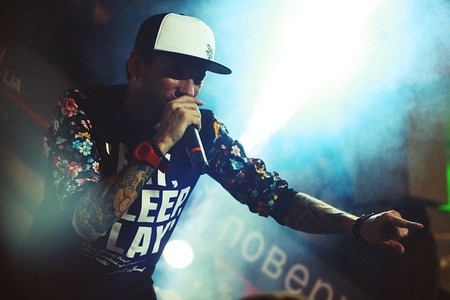 China has banned hip-hop culture and anyone with tattoos from national television, calling them ‘tasteless, vulgar and obscene’.

It appears hip-hop is not China’s cup of tea, or at least the top media regulator isn’t a fan. In the country’s latest banning streak, the State Administration of Press, Publication, Radio, Film and Television of the People’s Republic of China (SAPPRFT) has banned programs from featuring anyone with tattoos, as well as any references to or images of hip-hop culture.

Several Chinese rappers and hip-hop artists have already fallen afoul of the new ban. Prominent rapper GAI, who appears on Hunan TV music competition, Singer, was removed from the show. Additionally, videos of him performing have been removed from the Singer official Youtube Channel. No official explanation has been given for this.

Similarly, TIME reports that well-known rapper Wang Hao, aka PG One, was forced to apologise for promoting drug culture and insulting women in his song Christmas Eve. And, the hip-hop-style necklace of a contestant on the show Super Brain—a memory competition that is not related to hip hop—was blurred out.

Hip-hop culture and tattoos on national TV join a growing list of things banned in China in recent years. In 2016, China banned “bizarre” architecture, claiming that there were too many “oversized, xenocentric, weird” buildings in the country. Authorities also banned a host of Western celebrities, among them singers Justin Bieber, Katy Perry and Lady Gaga, as well as actors Brad Pitt and Sharon Stone.