China Aims to Grow Potatoes on the Moon 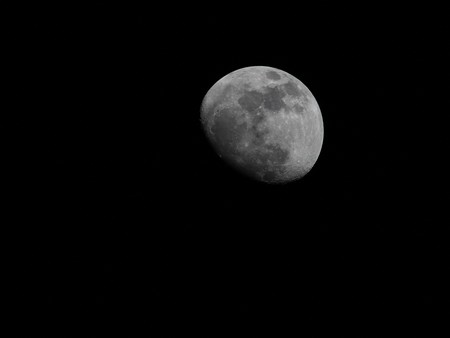 Could potatoes survive on the moon? | © NASA

In March it was discovered that potatoes could grow on Mars. Now, thanks to a Chinese space mission, we may be about to find out if they could grow on our moon.

A report from the Chongqing Morning Post says China is going to send a small ecosystem on its next lunar landing mission, and see if potatoes can grow from seeds on the surface of the moon.

The mission to the moon is planned for 2018, and will also include a rover. The ecosystem is a small cylinder measuring 18 by 16 centimeters (7.1 by 6.3 inches). The seeds won’t be the only lifeforms sent up to the moon, however. The Chinese mission also plans to send silkworm eggs inside the ecosystem.

“The eggs will hatch into silkworms, which can produce carbon dioxide, while the potatoes and seeds emit oxygen through photosynthesis,” Zhang Yuanxun, chief designer of the container, told the Chongqing Morning Post. “Together, they can establish a simple ecosystem on the Moon.”

Temperatures on the moon vary between -170°C and 100°C, so the ecosystem will be insulated to keep the plants and silk worms at a moderate temperature.

The plans were revealed at the Global Space Exploration Conference in Beijing last week. Scientists and researchers from 28 Chinese universities are involved in designing the hardware for the mission.

China also plans to livestream the development of the plants and silk worms from the moon.

Growing potatoes and other food sources on the surface of the moon and other planets like Mars don’t just benefit possible future space colonization plans. If it’s possible to grow them in harsh environments in space, it gives hope that they can also be grown in difficult places here on Earth, which could do wonders for people living in food insecure areas.