China Aims for the Moon With Lunar Palace Cabin Trial 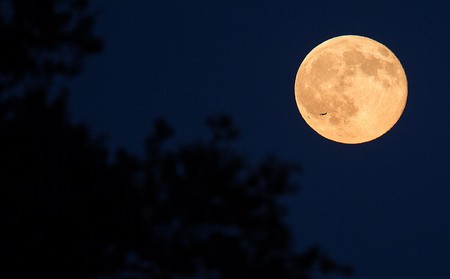 China’s space program is taking the next step to establishing a permanent station on the moon.

Four students have moved into a cabin which simulates what life would be like living on a lunar base, with no input from the outside world, state news agency Xinhua has said. The cabin has been named Yuegong-1, or Lunar Palace in English.

The first group of four students will stay in the cabin for 60 days, followed by another group which will stay for 200 days.

This project aims to explore how the space mission could be entirely self-reliant over long periods of time. Crops and vegetables will be grown with the help of food and waste by-products, and animals will be raised in the cabin as well. The moon station has two plant cultivation modules, a living cabin, a common room, a waste treatment room, a room for the animals, and a bathroom.

“While it remains unclear exactly how long China’s first lunar explorers will spend on the surface, the country is already planning for longer stays,” Xinhua agency said.

China has invested huge amounts of money into its space program in recent years, aiming to rival that of Russia and the U.S. China spends around $6 billion a year on its space program, according to an article from last year by The Guardian. That is $1 billion more than Russia, but still tiny in comparison to the U.S. budget of $40 billion.

In 2013, China landed its own rover, Jade Rabbit, on the moon, and in October 2016 two men were launched into orbit and docked with the Tiangong 2 space lab and spent 30 days there. This type of mission has led some to believe China has its sights on extended manned missions to either Mars or the moon in the future. The country already plans to send a probe to the dark side of the moon by 2018 and to send astronauts to the moon by 2036.