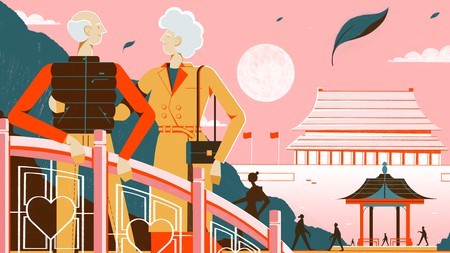 A park in central Beijing has become a place for China’s ‘lost generation’ to find friendship, understanding and occasionally love. Culture Trip meets some of the park’s retiree regulars.

Electric scooters are not allowed on Chang’An Jie, or ‘Road of Eternal Peace’, so this wide boulevard appears more orderly than others. It’s what one might expect, as this eight-lane road cuts across Tian’anmen Square, directly under the staid gaze of Chairman Mao. If he notices anything amiss, he doesn’t let on; the Great Helmsman stares ahead, unaffected, from his post.

There are also the crossing guards, bundled in their bright yellow and orange uniforms, complete with color-coordinated pants, shirt, hat and gloves. It all seems so official. Their speaker headsets give authority and urgency to their instructions – “Don’t cross yet, wait for the walking sign! No scooters allowed here, you’ll have to go around!”.

Turn off of this historic street, and pass under a deep red wooden arch – one of the ancient artifacts that dot the city. Locals stream past it; only the occasional visitor pauses to look up, snap a photo and keep walking. A few more steps ahead, and you’ll notice ‘public security’ guards dressed in thick padded black coats, hands shoved into deep pockets.

“Is this the park for retired folks to meet friends?” Two elderly women smile shyly.

“Yeah, just walk straight in.” The guard pivots his shoulders in that direction, gives a nod.

It’s hard to say exactly when Changpuhe Park became the epicenter of single mingles for the Beijing retiree community. Some Chinese news sources state that, in 2006, a company organised a ‘mature singles’ club meeting at the park, and things developed organically from there. Others reckon Changpuhe has drawn those looking for later-life love for over 20 years.

In fact, Changpuhe Park is not the only place for mature singles to meet each other. Other Beijing parks also provide a stage for cruising and crushing; Tiantan Park and Ritan have similar gatherings. Changpuhe stands out because it has the biggest reputation, and thus draws the biggest crowds. There are two ‘event days’ per week for this community, with the Saturday meet-ups often drawing some 300–500 people.

The development of these ‘retiree mixers’ (as the Chinese phrase translates) at Changpuhe and other public spaces is the result of several factors – rising divorce rates, greater social acceptance of dating, increased social stability and economic prosperity. 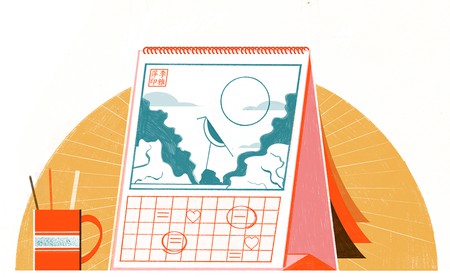 Arranged marriage and other social duties

“My parents arranged my marriage for me,” says Yu Lihui, one of the women who walked into the park earlier in the afternoon.

“That’s just how it was done in those days, where we were. Both sets of parents decided on the suitability of the match. Of course, sometimes that can be hard to predict…” She trails off, but one can understand enough.

“I’ve been retired for a couple years, and I’ve fulfilled my duties as a grandmother. My grandson is in school now, so he doesn’t need someone to look after him as much. Plus, I just come twice a week, right? It’s not so time-consuming, and you can meet friends here. If something develops, that could be nice…” She trails off again, and shyly looks down at her boots. Beijing is experiencing an early frost, and small clouds of exhalations dot the air in the park.

Lihui gives a vehement clack clack to her boots, perhaps to boost circulation in this cold weather, or maybe to bolster her confidence. At any age, diving into the dating pool can be daunting. “Okay, dear, I’ll catch up with you in a bit,” she says to her companion, who smiles quietly and nods.

Divorce – is it all that bad?

Liu Qun, a retired educator in his 70s and a local Beijinger, lost his wife to cancer in 2004. From 2008 to 2018 he dated a woman ten years his junior, a divorcee. Later they split as her daughter had given birth to a grandson, and looking after the boy placed greater demand on her time. Single again, he has returned to the park.

“At first it was hard for me to date a woman who had been divorced. Despite the fact that she was such a catch – beautiful, culturally refined and a caring partner – but…” His palms flare wide in emphasis, he opens his eyes wide. (The Chinese language has two words for the English word ‘but’ – one is 不过 buguo and the other is 但是 danshi; the latter indicates an even stronger degree of disagreement. He uses danshi.)

“…danshi in the former society, one could not even talk about divorce. First, it was considered immoral, unethical. Second, it would be an invitation for others to look down on you. Of course we are in a new society now, but the old society values and ways of thinking about things cannot be swept away so quickly. The world may have changed, but my memories and what I was taught are still with me.”

Concerned about losing face as well as harming their children’s educational and professional prospects, getting divorced twenty or thirty years ago seemed the harder choice. Kids of divorcees could be socially ostracized. Similar to the old Western worry of being teased for coming from ‘a broken home’ and turning into ‘a latchkey kid.’

The US has typically been a leader in annual divorce rates, but first-tier cities (the most economically prosperous) in China are not far behind. Within the first half of 2017, 1.85 million couples registered for divorce, which represents a 10 percent increase compared with the first half of 2016. In the mid-1980s, the figure was much smaller – just under half a million couples.

Although his glasses are thick and his teeth seem to be dentures, Liu Qun is in good physical condition. His speech is so animated that he seems younger than his years.

“Nowadays I have a lot of old friends who have gotten divorced; they took the leap. Not only is it a difficult thing to do, sometimes we [those of this generation] may have a crisis of conscience. How tough is that? You want to leave your marriage, but friends, family, society – they’ve all told you that that is bad.”

“So in recent years I think I’ve come to understand it more, gotten a little more empathetic about it. Changing one’s mind on these things takes time.”

It is estimated that 45 percent of divorces in Beijing are filed by those in their 60s and 70s. In Shanghai those opting for divorce in their post-retirement years make up 60–70 percent of the total. 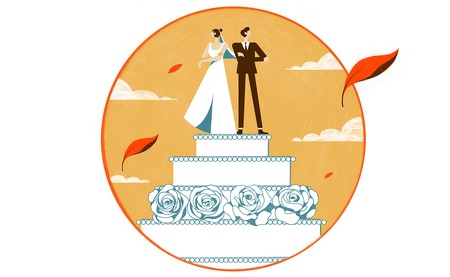 This generation, born between 1950–1960 or thereabouts, experienced the greatest hardships in China’s living memory, both subtle and violent, as Chinese society turned itself inside out. Their adult lives were colored by several tumultuous sociopolitical movements, including The Great Leap Forward (1958–62), the Great Chinese Famine (1959–61) and The Cultural Revolution (1966–76).

During these trying times, millions of young adults were sent ‘down to the countryside and up to the mountains’ (上山下乡) as laborers. Separated from families, friends and familiar scenes, those in their teens and 20s lost years doing hard labor in the backwaters of inland China. Ambitions of getting an education, or achieving professional goals, were stunted or aborted.

These are the folks who now make their way to Changpuhe Park. If anyone deserved a second chance at anything, especially love, it should be this crowd.

Decked out head to toe in deep red, with long white hair kept in a low bun, Guo Wen bears a slight resemblance to Santa Claus. She walks with a barely discernible shuffle in her right foot, but when she smiles her face lights up like a firework. In a low whisper with furtive looks, she points out a couple of men standing among the crowd.

“Actually, some of these men have been married twice already. When they were sent down to the countryside and up into the mountains, many of them took a village wife. No one knew exactly what the future would hold, so people go about their lives as they would under any other circumstance, right?” The tone in her voice is matter-of-fact; there could be no other way that things might have turned out.

“They married a local country woman, maybe even had children. But once there was the opportunity to go back to the cities, which were more developed and more familiar, they left. So certainly their example shows that marriage can mean different things in different contexts.”

When the weather is nice (or rather, when the air is nice in this corner of Beijing) the scene at the park is pastoral. Clusters of warmly dressed people congregate on a raised wooden pathway that zigzags to an eight-sided covered pagoda. The wood is painted a deep forest green, the interior awnings feature hand-painted scenes of swallows and butterflies. Weeping willows dip their long branches into the rivulet that flows parallel to the walkway.

A narrow arched bridge crosses the water; it’s thought to be auspicious for newly minted couples to cross it together. These days it is under repair, but the crowd doesn’t seem to mind. They’ve crossed enough bridges. Seems a better time to just enjoy where you are at the moment.