Chá Gordo: The Macanese Take on Afternoon Tea and Where to Try It 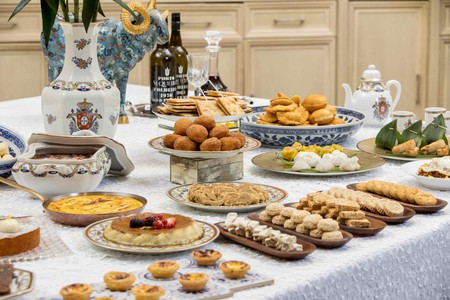 Visiting Macau and wondering what to eat? There are few things more Macanese and delicious than Chá Gordo, which literally translates as ‘fat tea’. Here’s all you need to know about this distinctly Macanese take on afternoon tea and where to try it.

Macau’s rich cultural heritage dates back over 400 years. Macanese cuisine is often regarded as the first fusion cuisine – a blend of both Portuguese and Chinese ingredients and cooking techniques.

If there’s one thing that Macanese cuisine specialises in, it’s a great big feast. Chá Gordo is a prime example. The Portuguese phrase literally translates as ‘fat tea’. Chá Gordo is a big family-style afternoon tea; a huge spread of Macanese delicacies that was traditionally prepared to celebrate Catholic holidays such as Easter and saints’ days, or other major celebratory events like weddings, birthdays, and christenings. 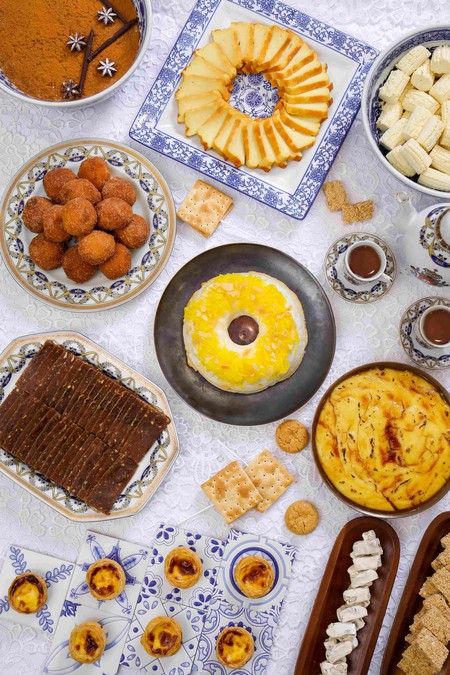 Chá Gordo was once the preserve of rich Macanese families who had big kitchens and servants dedicated to preparing the dishes. These delicious rich and heavy feasts were popular at a time when gatherings were mostly centred around the home, in an era before Macau had many restaurants.

These days, Chá Gordo is still prepared on special occasions before major Catholic festivals like Easter and another before Christmas. The local Macanese community in Macau will gather to party, feast and celebrate.

Typically, Chá Gordo consists of a rich spread of finger foods, cakes and signature Macanese dishes such as minchi – minced meat cooked with diced fried potatoes and soy sauce. As well as traditional snacks such as Lacassa, Pãezinhos Recheados, and Apabicos. Alongside these tapas-like foods, the spread includes a host of delicious desserts. 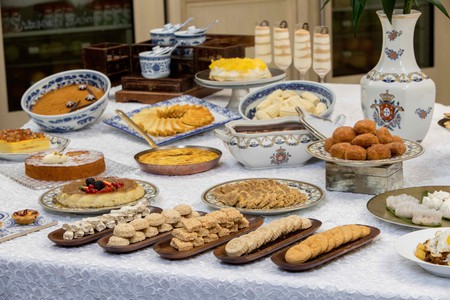 Since the 1999 handover back to China, the Macanese community in Macau (of mixed Portuguese and Chinese ancestry) has considerably shrunk and so extra effort is needed to keep cultural traditions like Chá Gordo alive. However, one local association, the Confraria Gastronomia Macaense, is dedicated to preserving Macanese culture in Macau and hosts an annual Chá Gordo meal to help celebrate Macanese food and traditions.

Luis Machado, president of Confraria Gastronomia Macaense, told the South China Morning Post how it’s become increasingly important to preserve local traditions like Chá Gordo. ‘The event is important because religion, the food and the language (patuá) are the three main components that support our culture and identity as Macanese, which is slowly eroding away with time. And we are trying to keep all this alive, which is difficult, but we are trying’.

If you are visiting Macau and would like to try a Chá Gordo experience yourself, The Manor Restaurant at St. Regis Macao hotel hosts a weekly Chá Gordo buffet, every Saturday from 3-6pm. The buffet is priced at MOP148 (US$20) per person, including coffee or tea.