As the sun sets in Kashgar, thousands of worshipers take to the streets. The Id Kah mosque has prepared a splendid feast and a mood of revelry and thanks fills the air. After a long month of prayer and contemplation, the people are ready to have fun – musicians start to play and women begin to dance. This is a night for togetherness and merrymaking, as this majority Muslim city in China celebrates arguably the most important holiday in the Islamic calendar: Eid Al Fitr.

Of China’s 56 ethnicities, over 10 of them are majority Muslim, the most visible of these being the Hui and the Uighur. The Hui are scattered throughout China, but have a very large population in Ningxia, the Hui autonomous region, and sizeable presences in Gansu, Qinghai, and Yunnan.

Many of the Hui descend from central Asian Silk Road merchants as well as central Asian Muslims who were a part of the invading Mongol armies of Genghis Khan. Other ethnic Muslim groups, such as the Uighurs, the Kazakhs, and the Tajiks, who are Turkish in origin, are much more distinct from the Han majority both in culture and custom.

While Hui Chinese vary greatly in their practice of Islam, some practicing a sort of “cultural” Islam that is more akin to the way many Westerners celebrate Christian traditions in a secular sort of way, others are quite devout. Generally the Uighurs are stricter in their practice of Islam, and visitors to a province such as Xinjiang will find women in full head covering, and will hear the call to prayer from the local mosque throughout the day. 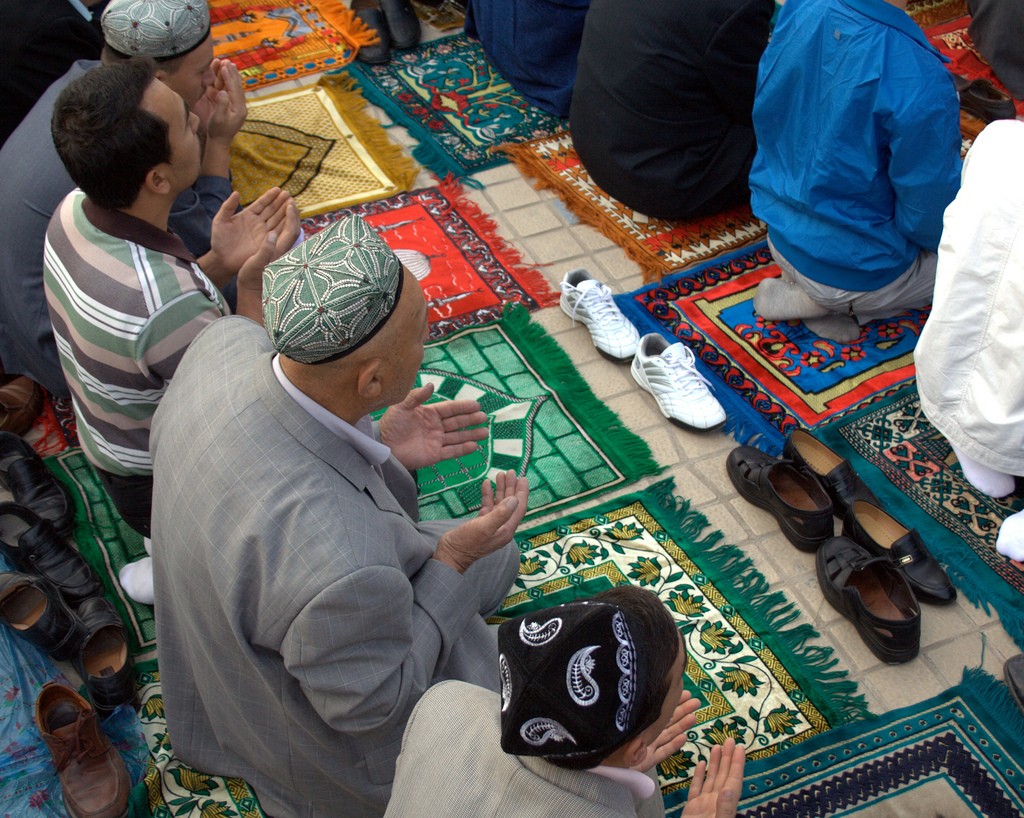 What is Eid Al-Fitr?

Eid Al-Fitr, commonly known as Eid, is a celebration that marks the end of the holy month of Ramadan. The celebration of Ramadan is one of the five pillars of Islam, a foundation of the Muslim faith. Ramadan commemorates the revelation of the first verses of the Quran to the prophet Mohammed, which makes it one of the most important events in the Islamic calendar. During Ramadan Muslims should fast during the day and only eat and drink after the sun goes down. At the end of the month, when the next crescent moon is sighted or 30 days have passed (whichever happens first), Ramadan comes to an end and Eid Al-Fitr begins, starting with special Eid prayers and Ruk’u, or prostration. The Eid Al-Fitr celebration means a return to normal daily activity after a month of enduring the difficult conditions imposed by the Ramadan fast, and is generally a time of gaiety and feasting for Muslims around the world. 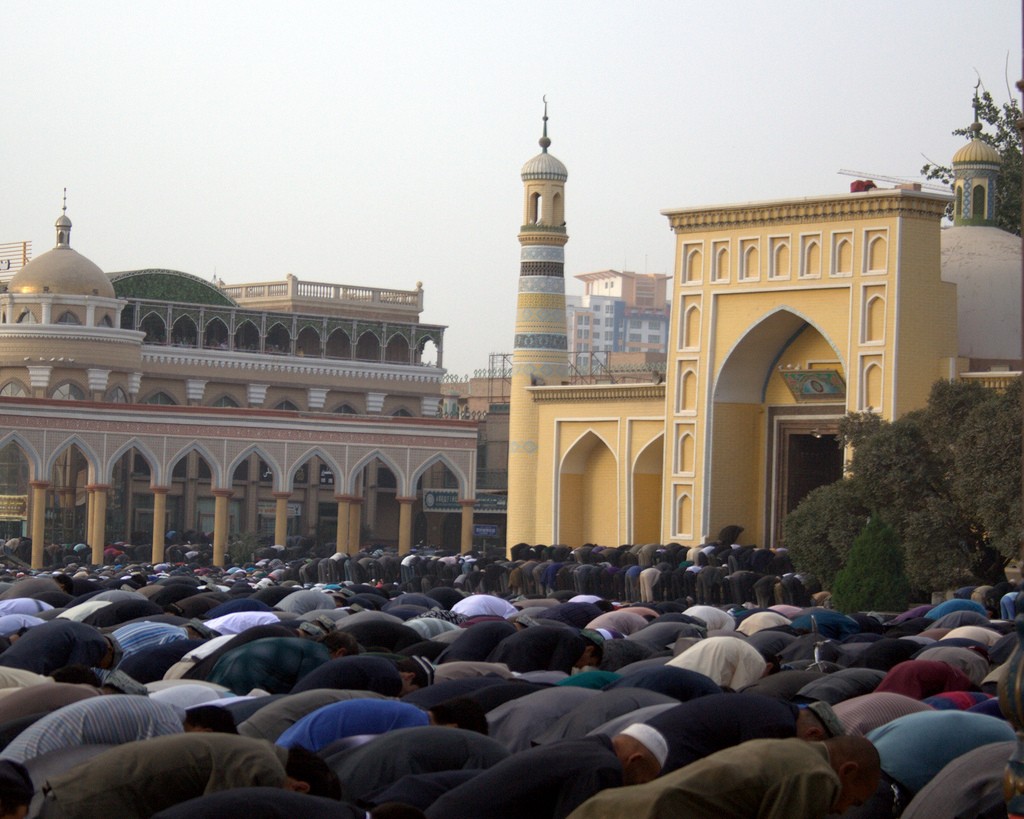 Just like Muslims elsewhere around the world, Chinese Muslim communities celebrate Eid Al-Fitr. While in recent times Chinese authorities have kept close eye on the Muslim ethnic communities scattered throughout the country due to concerns over terrorist acts by separatists, Eid celebrations have not been curtailed.

In mosques around China worshipers gather for a day of prayer, bowing their heads in unison as the Imam recites scriptures from the Quran. At the end of the day, as the sun goes down, the fast finally ends and there is a large feast, usually sponsored by the mosque.

Government officials may not participate in these religious activities, as they are required to maintain a secular lifestyle in order to prevent conflicts between religion and the state, and remain objective when it comes to religious matters. In Xinjiang and Ningxia provinces, respectively Uighur and Hui Autonomous regions, Eid Al-Fitr is a public holiday, and everyone, Muslim or not, gets time off of work or school to celebrate, and the toll roads are free of charge. 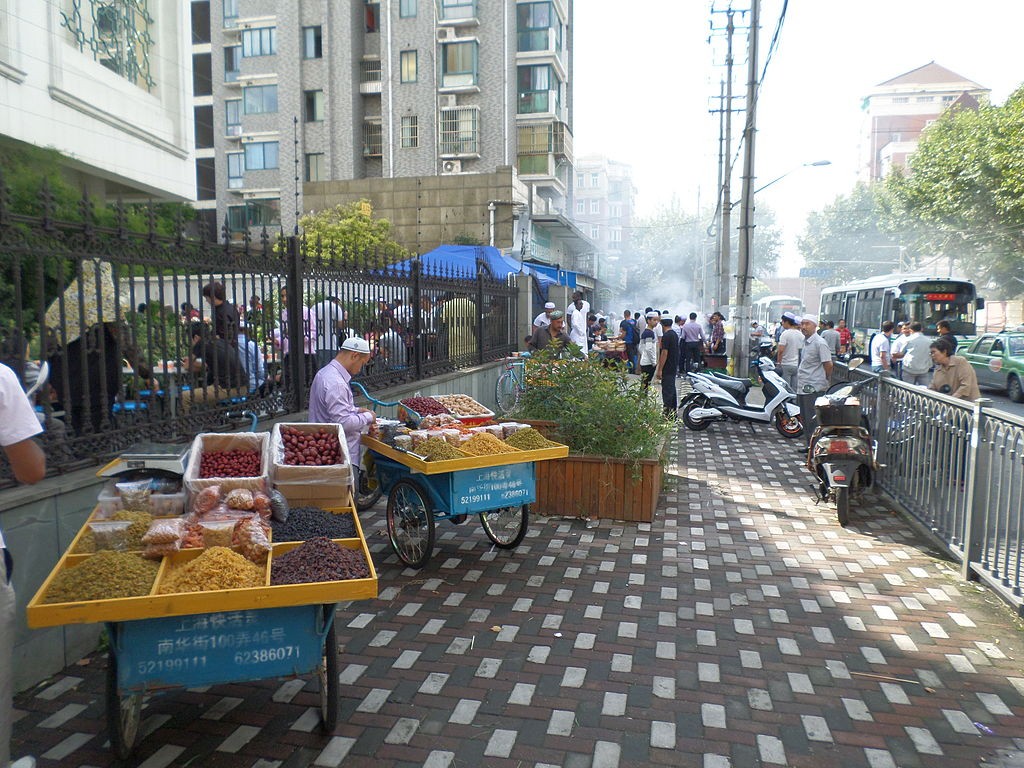 The Eid celebration in Kashgar is the largest Eid gathering for Uighurs in China. The Id Kah Mosque is at the center of this celebration, and thousands of mostly Uighur Muslims gather and hear the prayers in the Uighur language (a close relative of Turkish).

After prayers are done the party begins, with a feast laid out for the faithful to enjoy after a long month of fasting, and music and dancing in the streets near the mosque. This is a wonderful time for a traveler to enjoy a traditional Uighur celebration, one of the most important days of the year in this part of China.

Another notable Eid celebrations in China is in Xining, Qinghai province, where over 200,000 Muslims, mostly Hui but also Salar Minority, gather in Dongguan Mosque for both Arabic language and Mandarin Chinese prayers. Beijing’s Eid celebration at the Niujie Mosque, is also one of the nation’s oldest and largest. The area surrounding Niujie Mosque is home to many Muslims, and the China Islamic Institute is just around the corner. 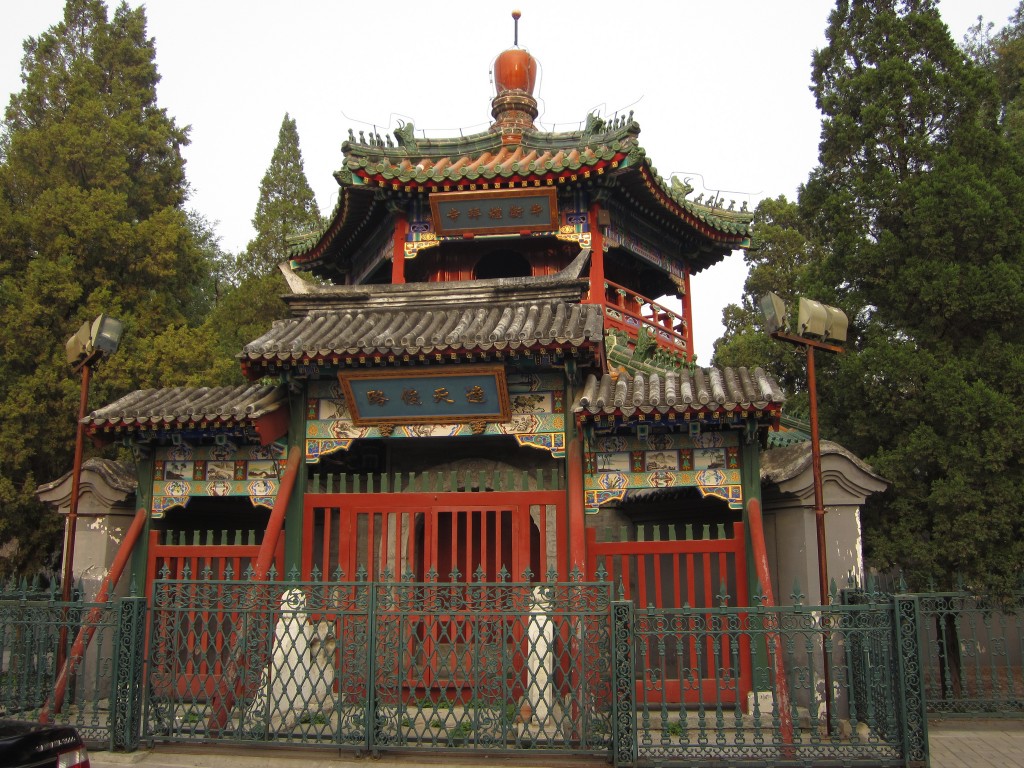