A Brief History of Chinese Lanterns 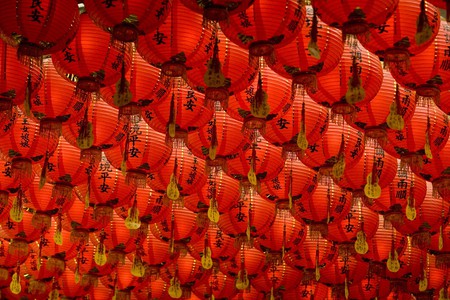 Chinese lanterns mean something different to everyone. For those abroad, they can mean the entrance to a Chinese restaurant. For those in China, they can mean the end of the Chinese New Year. Sometimes they are just decorations. No matter how you look at them, those beautiful, bulbous lights have a clear beginning, rooted in practicality and ritual worship. Let’s take a look.

Now a symbol of Chinese culture worldwide, China’s signature lanterns come from humble beginnings. Though the lanterns now are made in elaborate forms, from floating beauties to zodiac animals, their original purpose was simply to be a light source. The people of the ancient Eastern Han Dynasty (25-220 A.D.) would surround a candle with a bamboo, wood, or wheat-straw frame and stretch silk or paper over it so that the flame wouldn’t be blown out by the wind. Often, the lantern covers would be decorated with several characters, advertising the way to a shop or other establishment. 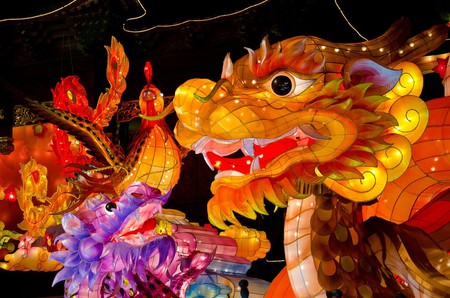 Soon, the lanterns were adopted by Buddhist monks as part of a their ritual worship on the fifteenth day of the first month of the lunar calendar. At the behest of a particularly devout emperor (Han Mingdi or Han Wudi, the name is not certain), other people joined in the ritual, lighting lanterns in reverence to the Buddha and carrying them to the palace in Luoyang.

During the Tang Dynasty, this practice had turned into a full-fledged festival, one that is still celebrated each year. On the fifteenth day of the lunar calendar, the Chinese celebrate with the Lantern Festival. The day is considered to be the end of the Chinese New Year and culminates in the eating of Tang Yuan, a glutinous rice ball filled with sesame paste; lantern lighting and viewing; and celebrations with family. 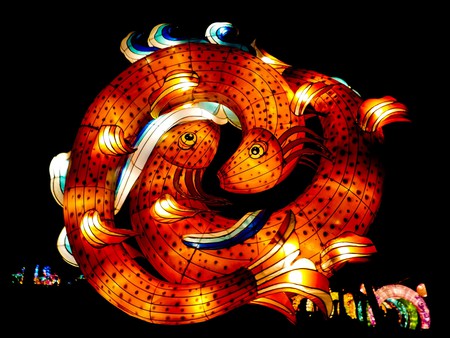 The second form is called Crystal Magic. This type can be made in any geometric form, from square to hexagonal, and everything in between. Crystal Magic lanterns are typically ornately decorated, reminding viewers of one of their original purposes as palace lanterns.

The third most common type of Chinese lantern is what you might see in large lantern festivals and parades across China, like the one in Shanghai’s Yu Gardens. This type, called Buddha’s Gastronomy, has no limits to its form, growing more elaborate with each passing year. 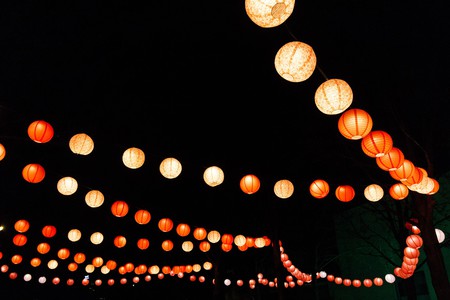 So the next time you see a big red lantern hanging outside your local Chinese restaurant, remember its humble origins and think about the Buddha, who inspired it all.