A Brief History of Chinese Chess 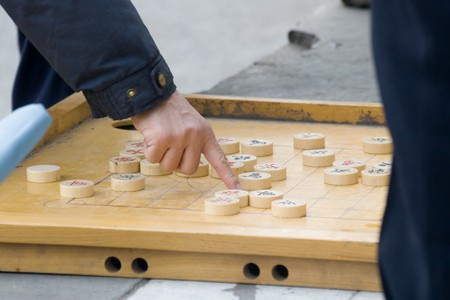 Chinese chess, or Xiangqi as it is called outside the west, became popular in China long before China was even a concept. Often thought to have spread to the far east from India, the game was already being played in the courts as early as the Warring States period (475-221BCE).

It is hard to tell just when Xiangqi arrived in China or whether it originated there from the start. Part of the confusion springs from the linguistic ambiguity of the character Xiang. Whereas modern Chinese combines single word characters to form larger and clearer meanings, ancient Chinese relied on one character to convey a singular meaning. Thus, Xiangqi could plausibly mean “Elephant Game,” “Figure Game,” or “Constellation Game.” As such, the game has divided scholars along these three terms. 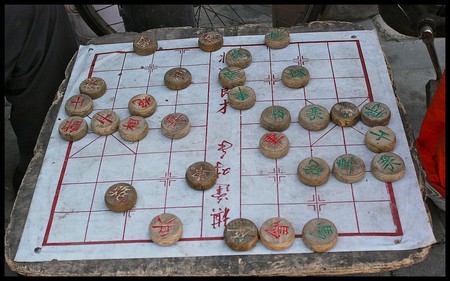 Those who interpret the characters to mean “Elephant Game” believe that the game evolved from an earlier Indian counterpart, likely influenced upon its arrival in China by the pattern of troops in the Warring States period. Others, primarily Chinese scholars, hold that Xiangqi evolved from a Chinese game called Liubo, an early iteration of backgammon that uses dice. Proponents of such a theory typically believe that the game is a simulation of astronomy, with game pieces mimicking the movements of objects in the night sky.

Many books have been written on the subject, each scholar convinced that his theory is the correct one. Much more solid evidence exists for the timeline of the solidification of the game’s rules, however. The first reference to gameplay comes from the Tang dynasty (618-907CE) story Cen Shun. In the story, the titular character dreams he is visited by a messenger of the Golden Elephant Kingdom who says that his kingdom would soon go to war with the Tian Na Kingdom. The messenger asks Cen if he would like to watch, and suddenly Cen’s room turns into the gate of a castle prepared for a great battle. A military adviser comes to the Golden Elephant King with a unique strategy: “The flying horse (knight) goes diagonally and stops at three (third line), the general moves all over the field, the wagon (rook) proceeds straight into the enemy’s territory, and soldiers should not move sideways.” The king follows the advice and the war is won in a day. Later, Cen digs up a board game, Xiangqi, that uses the same strategy put forth by the adviser. 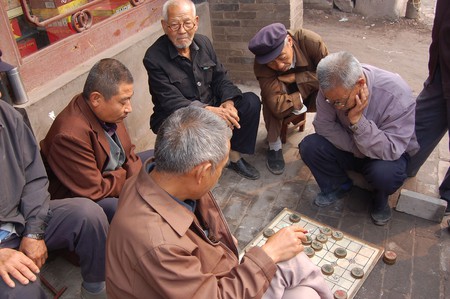 Regardless of its origins, Xiangqi is undeniably a popular board game even to this day. It is in the same family as Western Chess and its play involves similar levels of strategy and forethought. Visitors to China can catch a glimpse of its play in parks and on street corners, with aunties and uncles absorbed in plans of attack just as their forebears were thousands of years before them.