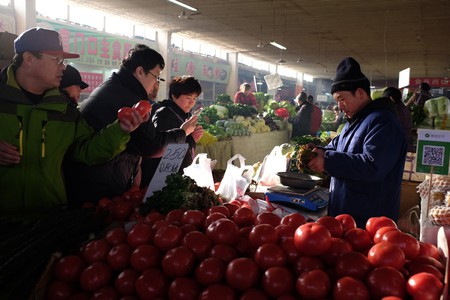 Beijing is China’s capital. It boasts many historic attractions such as the Forbidden City, the Summer Palace, and the Great Wall. Food? Roast Peking duck, of course. Well, if you think these are all that Beijing has to offer, you are absolutely mistaken. Beijing has many more unique experiences for you to discover.

Do an Erhuan night tour

As the line that roughly frames the former inner Beijing town, Erhuan Road (2nd Ring Road) passes by a great number of historic spots and tourist attractions, including the Guozijian (Beijing Imperial Academy) and Tiantan Park. What does the buzzy 2nd Ring Road look like at night, when the city is asleep and most businesses are closed? There are already some curious people who have done the night tour, either on foot or by bicycle. Check out their stories here (in Mandarin only).

Speaking of the art scene in Beijing, nearly all can think of the 798 Art District, but few know that just a few kilometers north of 798 is the less crowded, but just as excellent Caochangdi Art Village. The Three Shadows Gallery, one of the best photography galleries in China, is also here.

Climb the Mutianyu Great Wall instead of the Badaling Great Wall

The Badaling Great Wall is without controversy the most popular section of the Great Wall – the constant crowds are the best proof. But while there are eight major Great Wall sections that are open to the public in Beijing, it’s perhaps unwise to stick to the Badaling Great Wall. The Mutianyu Great Wall is known for its rich greenery, which in autumn becomes a magnificent display of red and golden colors. Besides, Mutianyu offers gondola and toboggan services – good for those who are in poor health. 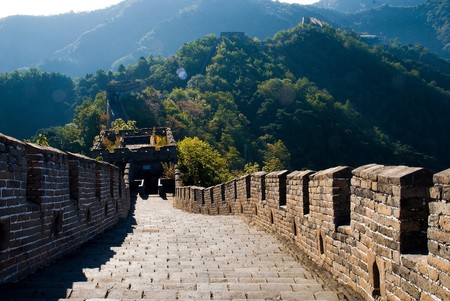 Go to local markets instead of international supermarkets

The best way to connect with the local community is through the local markets. Almost every community in Beijing is equipped with a food market, where local vendors sell food, cooking ingredients, and groceries on a daily basis. Have a small chat with them, and you’ll get to know more about the real life of Beijing. For those who can’t speak Mandarin, the Sanyuanli Market is a nice place to go, as the market is especially targeted towards expats.

Enjoy a day of watermelon at the China Watermelon Museum

Yes, there’s a watermelon museum in Beijing. It was opened in 2004 in Panggezhuang Town, Daxing District, a place known as one of the largest watermelon producing regions in the world. Here you’ll see the history of watermelon planting, different categories of watermelon (with wax watermelons displayed to give you a better idea), and an outdoor watermelon exhibition area (a watermelon field, to put it plainly). The museum is going to be one of your most cult experiences in Beijing. 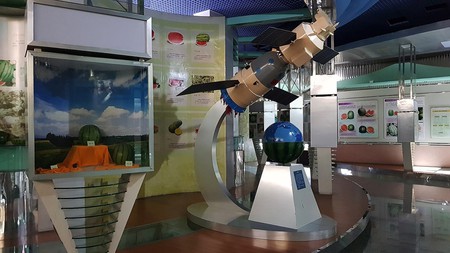 Stay in a former brothel

Back in the late Qing dynasty and the Republic of China era, there was a famous red light district in the Qianmen area, which is known as “Bada Hutong (The Eight Hutongs).” The red light district doesn’t exist anymore, but you can still try to connect with the memories from that time by staying in the Leo Courtyard International Hostel, which is adapted from a former brothel.

Have a drink at a Chinese pub

Nothing is more relaxing than a cocktail or glass of wine after work, but while you are in China, why go to a noisy Sanlitun bar that looks pretty much like the bars you can find at home, instead of a pub that you can only find in China? Luckily, there’s one such pub just in Beijing’s Gulou district. The Changting Jiusi features a variety of home-brewed rice wines. They also prepare a range of Chinese dishes and snacks to go with the wine – a typical Chinese way of drinking.

Tian’anmen Square is a must-visit for any tourist in Beijing, but do you know that the square is the same, if not more, magnificent at night as it is in the daytime? It also means smaller crowds and less hassle (it can be quite exhausting to wait in the long line for the security check, for one thing). 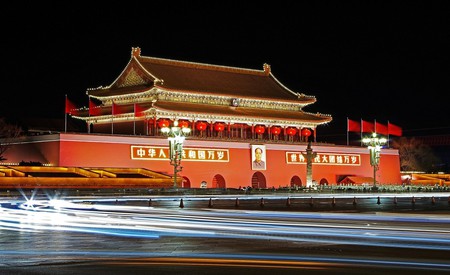 Watch a film at the Daguanlou Movie Theater

The Daguanlou Movie Theater in Dashilar, Qianmen has neither an IMAX screen nor super comfy seats, but one reason is enough for people to watch movies here: it is the oldest movie theater in China. In fact, China’s first film, The Battle of Dingjunshan (1905), was first screened at this cinema. Daguanlou now screens the same movies as all the other regular cinemas in Beijing.