Be The First To See Beijing's China Philharmonic Hall 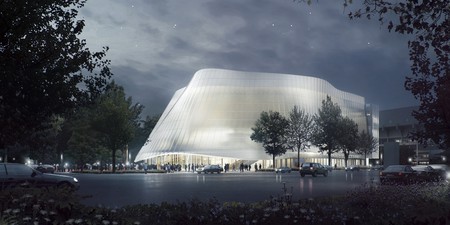 MAD Architects has unveiled a striking design for Beijing’s new China Philharmonic Hall – a translucent, state-of-the-art concert venue that will be the orchestra’s first permanent residence, due to open in 2019. 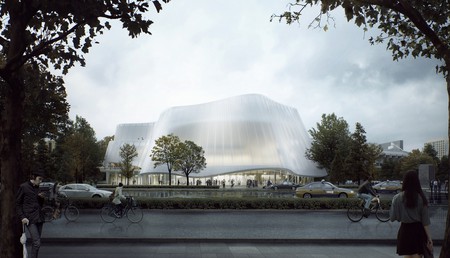 Working in collaboration with established acoustic expert Yasuhisa Toyota, MAD Architects‘ aim is to pave the way for future concert hall design, and to introduce a peaceful hidden gem within a busy city to promote a dialogue between people, nature and music.

“We wanted to create a pure and sacred oasis in the midst of the bustling city,” says Ma Yansong, Founder and Principal Partner of MAD Architects. “From the moment you enter the building, you will be taken to another time and space.” 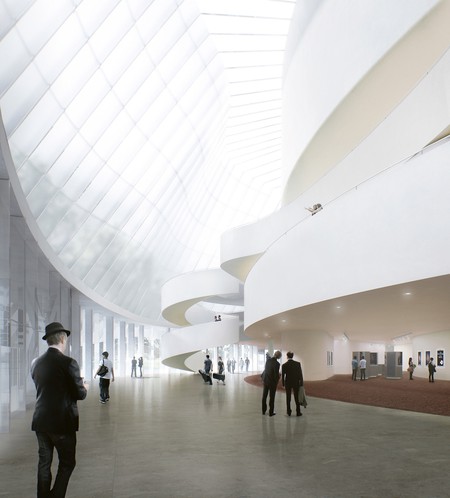 The lobby lets in plenty of natural light | © MAD Architects

The distinctive, milky white curtain draped over the hall is designed to resemble a piece of jade emerging from the metropolis, its soft glow luring in passersby. Once inside, the lobby feels much like a light installation, with daylight diffusing through the wall into the lucid space.

“Audiences will experience a transition from an urban setting to one of music and nature, preparing them for a journey of self-discovery,” adds Ma Yansong.

Located at the south side of the Workers Stadium East Gate in Beijing’s CBD, the concert hall covers a site of 11,600 sqm, and has a total floor area of 26,587 sqm. The building is surrounded by a lotus pond and lush greenery and the natural theme continues internally, too. 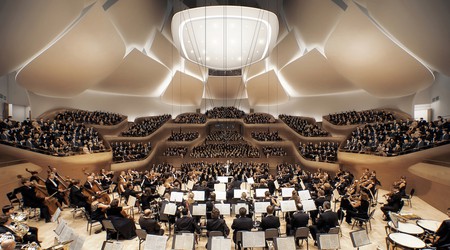 Sound reflection petals on the ceiling depict segments of a lotus flower, onto which lighting and visual graphics can be projected and choreographed to match the musical performances. The 1,600-seat main concert hall is laid out in a vineyard style, with the seating surrounding the stage rising up in serried rows to mimic sloping terraces.

The China Philharmonic Hall also includes a professional recording studio, a library, a collection gallery, offices, rehearsal rooms, and other auxiliary function spaces. It’s expected to be completed in 2019. 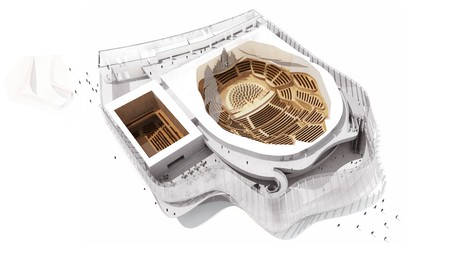