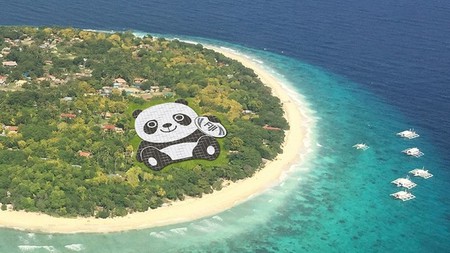 Solar farms. You mean those ugly-looking looking mirror things that spoil the landscape? Hey, don’t be too harsh, they are saving the planet after all. But what’s even better is that they aren’t as ugly anymore. In fact, they’re really cute.

The days of ugly solar farms are over thanks to Panda Green Energy, who recently built this whopping and fabulous sun-ray catching beauty: 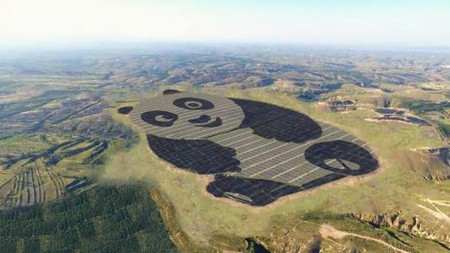 And yes, it’s no coincidence that it’s in the form of a giant panda. Panda Green Energy – get it?

Part of an awesome project that aims to highlight the benefits of renewable energy, the Panda Power Plant aims to give the world oodles of clean energy. 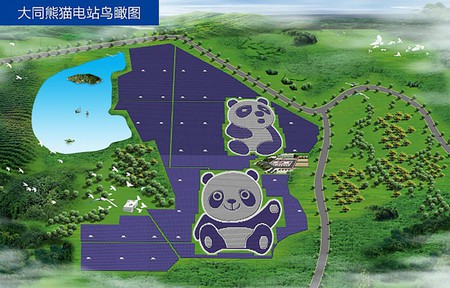 In partnership with the United Nations Development Program, the whole point of the project is to make young people aware of the most critical issues we face as a species, particularly in regards to the need for cleaner energy to help combat climate change.

A nine-day youth summer camp will bring together 50 very committed Chinese-speaking youths, and will take place from August 10 to 18 at the first Panda Solar Farm in Datong County, Shanxi Province.

Best part about the whole thing? The cute and adorable plant can provide up to a staggering 3.2 billion kWh of green electricity for up to 25 years. That’s saving the Earth from burning 1.056 million tonnes of coal, and thus reduces what otherwise would be a mouth-dropping 2.74 million tonnes of carbon dioxide emissions released into the atmosphere.

Let’s just hope a few more of these cutesy farms pop up around the globe, shall we?

Want more news? One global airline is offer neighbour free seats! Here’s how to get one.