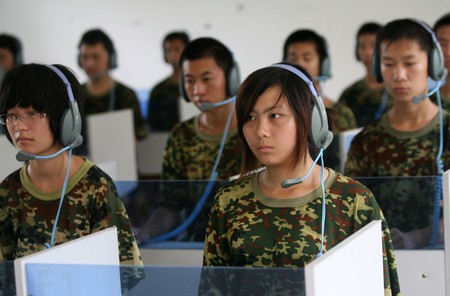 Teenagers receiving musicotherapy for giving up Internet addiction School to Give Up Internet Addiction, Jinan, Shandong Province, China | © Photo by KeystoneUSA-ZUMA/REX/Shutterstock (1220311b)

A teenager in China has died after being sent to an internet treatment center, where people addicted to gaming and the internet are put through controversial boot camps.

An 18-year-old in the eastern Anhui province of the country died after allegedly sustaining multiple injuries at one of the camps, according to reports in China. The director of the center and staff members have been held by police.

These boot camps have increased in number over recent years, and are mainly being used by parents to treat their children for so called internet and gaming addictions. Many of them are known to use military-style discipline.

The teenager who died was sent to the center by his parents after he developed a serious internet addiction, but died two days after being dropped off at the facility.

The parents said doctors who examined their son revealed he had more than 20 external injuries and several internal injuries. “My son’s body was completely covered with scars, from top to toe… When I sent my son to the centre he was still fine, how could he have died within 48 hours?” the teenager’s mother was quoted as saying in Anhui Shangbao.

Internet and gaming addiction is a controversial topic in China, and is taken very seriously. In July, the publishers of the most popular mobile game in China unveiled new measures to make sure younger players couldn’t spend too long on the game. Children under the age of 12 will only be able to play one hour of the game Honour of Kings, after the new rules came into force.