An Introduction to Hakka Traditional Dress 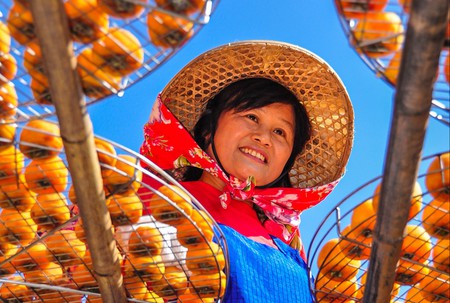 A Hakka woman in a traditional hat and scarf | Shutterstock

The Hakkas are a Chinese ethnic group who reside in various parts of Southern China. Originally from the Central Plains of China, the Hakkas migrated south during the late Tang and Song dynasties, bringing their distinct language, culture, and customs to the provinces of Fujian and Guangdong. Here’s an introduction to traditional Hakka dress and how it reflects the values and character of the Hakka people.

Hakka clothing is conservative, simple, and practical. The everyday Hakka outfit is called a shanku, which consists of an upper garment, the shan, and pants, called ku. The shan is a pocketless, collared shirt with wide sleeves that fastens near the right collarbone. The shanku is worn by men and women of all ages. These clothes are usually blue and black, with little ornamentation. 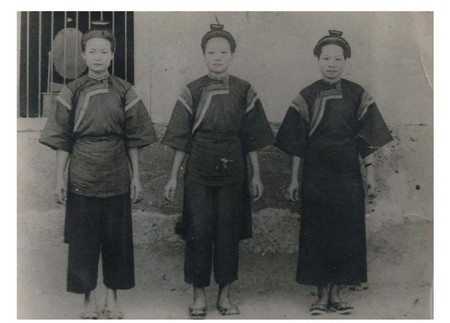 Because the Hakkas traditionally lived off fishing and farming, Hakka outfits are designed for hard labor — the clothes are made of durable materials and tailored in straight lines, making them easy to cut and sew. In addition, the fastening on the women’s shan reaches the right armpit and goes all the way down to the waist, making it easy to breastfeed.

In addition to the shorter shan, there is a longer version of the shan that reaches past the knees and tends to be favored by older men, especially in the colder months.

In the summer, women sport a bamboo hat with a cloth rim while they work in the fields. In the winter, the bamboo hat is exchanged for a headscarf. Apart from the shanku, women sometimes also wore the weiqun, or apron, over the shanku. The weiqun reaches the knees and is worn to prevent one’s normal clothes from getting dirty.

A Hakka woman in a traditional hat and scarf | Shutterstock

In terms of footwear, it was the norm to wear handmade canvas shoes up through the Qing dynasty (1644-1912), with women’s shoes usually bearing attractive embroidery. In rainy weather, the Hakka would either switch to wooden clogs or apply oil to their cloth shoes in order to waterproof them. It wasn’t until the Republican era (1912-1949) that Western-style rubber and leather shoes began to be adopted by the Hakka.

Although Hakka dress is on the whole quite plain, Hakka embroidery can be very intricate and beautiful. Apart from footwear, embroidery appears in meile, a belt that’s tied around the head, and in patterned bands used in Hakka marriage rituals. 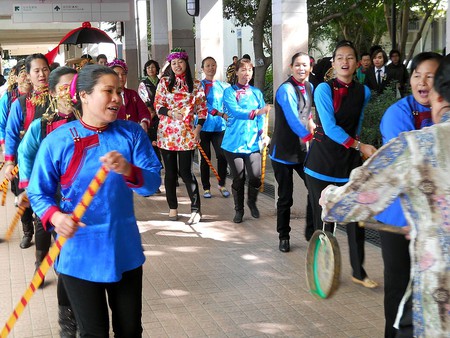