An Introduction to China's Zhuang People

China’s largest minority group, the Zhuang, have persisted through centuries of unification attempts, helping to create the beloved landscape of Guangxi through their unique agricultural practices.

At over 16 million members strong, the Zhuang make up the largest of China’s 55 ethnic minorities. Although they have long been integrated into the national fabric, the Zhuang have preserved their cultural traditions that date as early as the Paleolithic period. 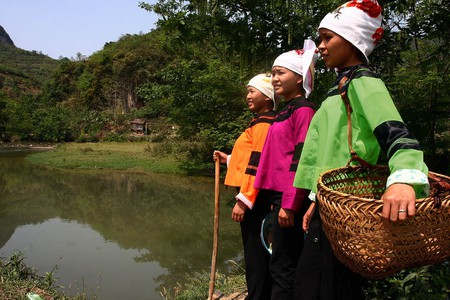 An estimated 90 percent of Zhuang people live in the Guangxi Zhuang Autonomous Region, located in south China on the border with Vietnam. The area has been a part of China on and off since the country’s unification in 221 BC, but it has always been considered a ‘wild’ province. Guangxi is incredibly popular with international travelers, due in part to its iconic, geologically karstic landscape, which is featured on the RMB20 bill, as well as the cultural shows that some Zhuang perform in their home villages.

The remaining 10 percent of Zhuang people are scattered across the other southern provinces of Yunnan, Guangdong, Guizhou, and Hunan. 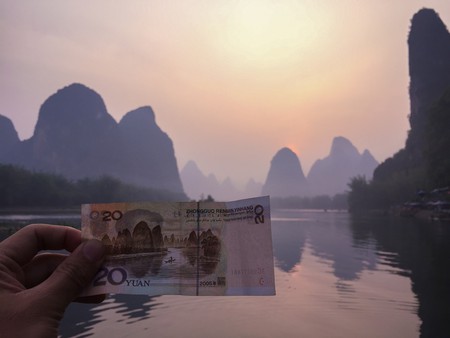 According to historian Huang Xianfan, who was the first scholar to examine the history of the Zhuang people, the Zhuang are indigenous to Guangxi and date back to the Paleolithic period. The first archaeological evidence of the peoples, however, dates to the Warring States period and comes in the form of rock paintings.

China’s Han majority knew little of the Zhuang before the first emperor, Qin Shihuang, invaded their lands. He and his contemporaries referred to them as the ‘Hundred Yue’, a term which in actuality encompassed several ethnic groups, not just the Zhuang. In an attempt to reach Canton, Qin Shihuang built a canal linking the Xiang and Li rivers, inadvertently connecting the Zhuang to the ‘national’ consciousness. Not long after, Sinification was pushed on the Zhuang under the guise of ‘unifying’ the Hundred Yue. The Zhuang pushed back, however, and their culture remained unique.

The Zhuang and their lands continued to be at times part of and at other times separate from the subsequent dynasties until Guangxi’s final designation as an autonomous region in 1958 under the Communists. Its status as an autonomous region means that its local government has more legislative rights than those of the standard provinces. 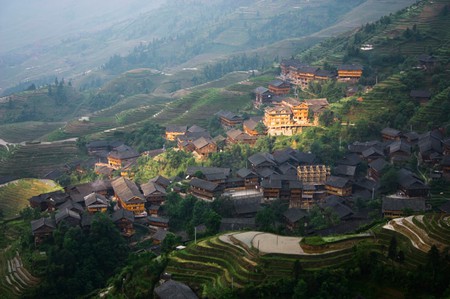 Language is the feature that most easily distinguishes the Zhuang from the Han majority. Though most Zhuang today can speak Mandarin, the Zhuang ethnic languages are Northern and Central Tai, mutually unintelligible dialects of the Tai-Kadai language family. Both languages have been influenced by other varieties of Chinese but still have more in common with Thai than they do with Mandarin.

Other cultural singularities include the Zhuang’s agricultural practices, which consist of the cultivation of wet rice and the use of buffalo and oxen, as well as their architectural style of building houses on pilings instead of directly on the ground. Traditionally, Zhuang people are animists, meaning that they attribute spiritual significance to objects, animals, and places. Along with that, both ancestor worship and sorcery are still practiced by some modern Zhuangs. As mentioned, it is popular for tourists to observe Zhuang cultural shows when in Guangxi, a practice which has revived the use of the bronze drum. 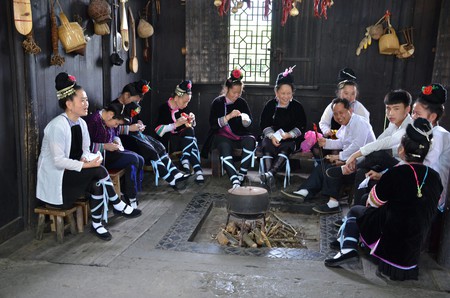