An Introduction to China's Yugur People 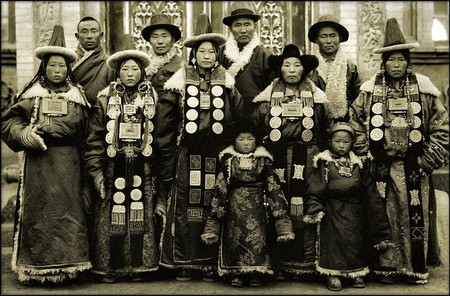 The Yugur are a small ethnic group of around 15,000 living in western China’s Gansu province. The name Yugur stems from the term “Yellow Uyghur” and refers to the common origins of both the Yugur and the Uyghur. This once nomadic group has found itself locked in a modern world, but it won’t lose its traditions that easily.

Most Yugur live in Gansu province’s Sunan Yugur Autonomous County, home of the Xiaritala Grasslands and the rainbow-like, Danxia-landform mountains – a result of 24 million years of sandstone and mineral deposits forming colorful layers of rock. In fact, Sunan County lies just west of the Zhangye National Geopark, where visitors can look out on the unique landforms that stretch as far as the eye can see. 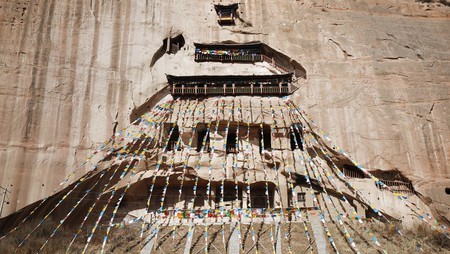 Most Chinese scholars date the Yugur back to the ancient Huihu people, who western scholars refer to simply as Uyghur. It is believed that the Huihu migrated to China from present-day Mongolia around the year 840 and split into two primary groups: the Uyghurs, who settled in the far west and were Islamicized, and the Yugur, who converted to Tibetan Buddhism and settled in the eastern regions.

The Yugur did not come under imperial Chinese rule until the reign of the Qing dynasty’s Kangxi Emperor.

Since the Chinese governmental policy of “returning pastures to grasslands” was implemented over a decade ago, nearly all Yugur, who traditionally followed a nomadic lifestyle, have been moved to permanent homes, where they have had to adapt to a more urban setting. This is a policy that has also drastically changed the way of life for China’s Mongols, and has all but signaled the complete extinction of nomadic living in China. Despite this, animal husbandry is still prevalent among the Yugur.

As noted, the Yugur do not all speak the same language, nor even the same linguistic branch of language. The western Yugur speak a language known as Yaohu’er, which is Turkic. The eastern Yugur speak a language called Enge’er, which is Mongolic and very similar to the Mongolian spoke in the thirteenth and fourteenth centuries. Today, many Yugur, particularly those among the younger generations, also speak Mandarin and use it for intercommunication.

It is true that the Yugur are struggling to hang on to their culture, but more and more people are studying Yugur culture and working to preserve it, both through the recording of oral history and the establishment of ethnic museums. Furthermore, it has become popular among the Yugur themselves to purchase and wear traditional clothing, particularly for special occasions. Yugur traditional dress is easily identifiable by a cylindrical, flat-topped hat worn by men and women alike.

SUNAN, CHINA Deep in the mountains in the west of the Gansu Province, you will find the remnants and deep heritage of one of Chinas 56 unique people groups. Allow me to introduce you to the Yugurs. Many might confuse them with the Uyghur people who occupy much of North Western China, both by name and culture. In fact the Yugur people are distant descendants of a clash between the Uyghur people and the nomadic Mongolian tribes. There are estimated to be less than 15,000 of these people left in the world. Thats less than most American universities!! We had the unique opportunity to have lunch with these unique people and learn about their history and culture. https://facesofplacesproject.wordpress.com/2016/04/28/yugur-people-the-endangered-culture/

A post shared by Travel+Documentary Photography (@the.traveling.zam) on May 1, 2016 at 8:20am PDT