An Introduction to China's Yi People 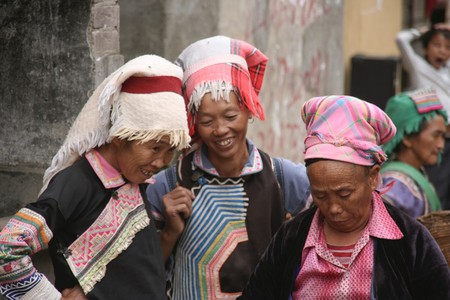 The Austroasiatic Yi people make up the largest ethnic minority in southwestern China. Though their culture has not always been the most egalitarian or savory, it has remained strong in the face of outside influence.

The Yi people of southwest China, sometimes referred to as Nuosuo or Lolo, number close to nine million, making them the seventh largest ethnic minority in China. Traditionally, the Yi had a very structured society, with men performing “masculine” work and women performing “feminine” work. Until the 1950s, society was also organized into three castes: a ruling caste and two lower slave castes. While their society has had to adapt to modern Chinese standards, many aspects of their ancient culture have survived, such as the language and unique animistic religion called Bimoism.

The Yi are spread out across diverse terrain in Sichuan, Yunnan, Guizhou, and Guangxi provinces. A large majority of them, namely 2.2 million, live in the Liangshan Yi Autonomous Prefecture in the extreme south of Sichuan.

Liangshan has long been the home of the Yi people and has drawn the fascination of outsiders, such as famed Han dynasty historian Sima Qian and Marco Polo travel companion Xu Xiake. Moreover, its future is just as vibrant as its past, with prefecture capital Xichang city’s space program, which launched a successful lunar probe in 2013. 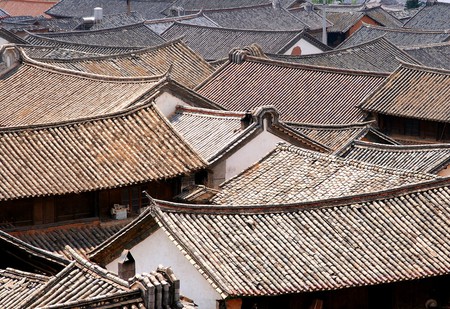 The Yi are likely descended from the archaic Qiang people (not to be confused with the Qiang who still exist today) of northwestern China. Yi legend has it that their singular ancestor is Apu Dumu, whose six sons by three women conquered parts of Yunnan, Guizhou, and Liangshan, where they intermarried with local tribeswomen.

They have never lived in isolation, having several interactions with Han culture throughout the years. Notably, the Yi faced war with legendary Three Kingdoms general Zhuge Liang and survived, a feat few could manage.

Throughout most of the Yi’s history, they have been a slave-owning people. Interestingly, most of the slaves were Yi themselves. The caste system divided Yis into three groups: the Black Bone Yi, the White Bone Yi, and the Jianu. The Black Bone Yi were the ruling class, making up roughly 7% of the population at any given time. The White Bone Yi, who made up about 50% of the population, were not slaves but rather subjects of the Black Bone Yi, with no freedom of migration. Some White Bone Yi owned land, but only at the discretion of the Black Bone Yi. The Jianu, meaning household slaves, were divided into two subgroups: the Ajia and Xiaxi, of which the latter suffered the worst fate. Neither the Ajia nor Xiaxi had any rights, and the Xiaxi were treated like wild animals, even being forced to forage for their own food.

The People’s Republic of China, that is, the Communists, outlawed this caste system upon their takeover in 1949. Reforms were carried out with the cooperation of the Black Bone Yi and completed in 1958. The reforms emancipated 690,000 slaves and redistributed land and property to the lower classes. 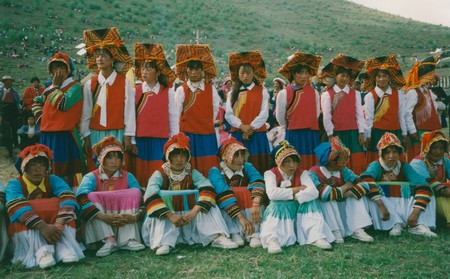 Across all Yi people, six mutually unintelligible varieties of Loloish are spoken. Loloish is a subgroup of the Tibeto-Burman language family. The six varieties are named based on geographic location, with the Northern Yi (or Nuosu) making up the largest branch, with some two million speakers. Northern Yi is also the basis of the Yi script, once logographic but now syllabary, thanks to the influence of foreign missionaries.

While some Yi have adopted Buddhism, the majority remain dedicated to the group’s traditional religion of Bimoism. Bimoism is a form of animism, which emphasizes ancestor worship and hosts a large pantheon of deities and spirits. The Yi of Liangshan find great power in nature and believe that storms are caused by angry gods.

The Yi have their own calendar comprised of ten 36-day months and celebrate two New Years, each at a solstice. They adhere to their own set of festivals as well, with both New Years being occasions to offer animal sacrifices to their ancestors. 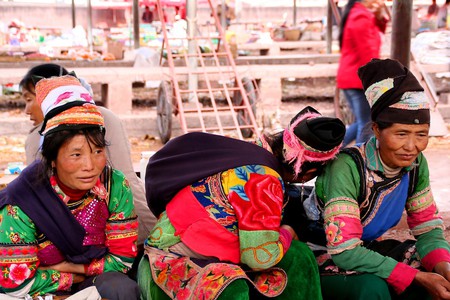