An Introduction to China's Yao People 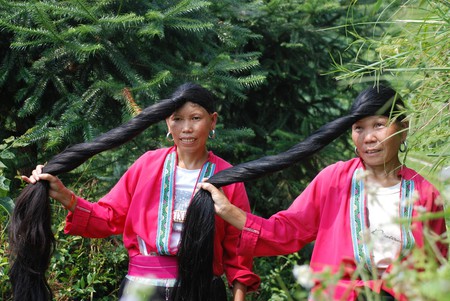 A diverse people group, the Yao have spread themselves out across southern China and Southeast Asia and developed distinct and fascinating customs.

Though the name Yao has come to identify over two million people in China, it is not the name of an ethnic minority. The original character for Yao was a pejorative term roughly translating to ‘jackal’ and was used by the Chinese government to describe the southern hill tribes of the Mien ethnicity. 20th-century language reforms changed the leftmost radical of the character, producing a much nicer translation: ‘precious jade’.

The Yao are said to have over 2000 years of history, dating back to the Qin dynasty. At that time, they lived in what is now the Hunan province and subsisted from hunting. During and after the Miao Rebellions of the Ming dynasty, however, the Yao were forced to retreat to the mountainous areas of southern China, where most of them remain to this day. There, they began farming, primarily cultivating rice. Some also practiced slash and burn agriculture, and others remained the hunters they once were. During the chaotic Republic of China, many feudal warlords targeted the Yao for conflict, leading to the flight of an estimated 20,000 to Laos, Thailand, Vietnam, and even the USA. 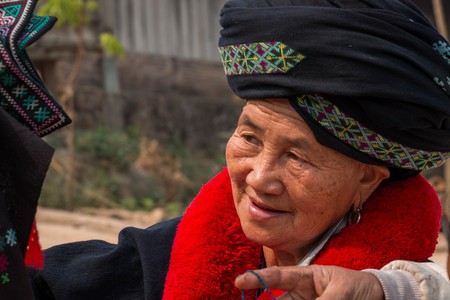 Though many Yao are now spread throughout Southeast Asia, they consider China their homeland. They believe themselves to have the same ancestors as China’s Han majority, and therefore see themselves as superior to other hill tribes. The majority of China’s Yao are found in the Guangxi, Guangdong, Guizhou, and Hunan provinces. Because many Yao continue to subsist from farming, they tend to live in small village clusters, often on the slopes of mountains in wood frame bamboo houses. 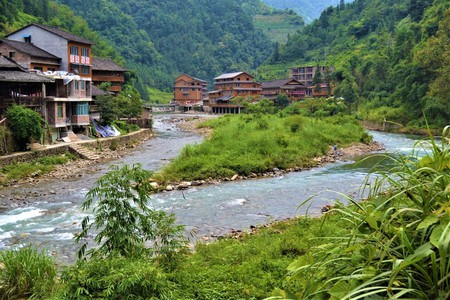 As noted, Yao is only an ethnic group in name. In reality, the term refers to several distinct groups with the same origins. But because of their history of migration and clustering, each Yao group has developed a unique culture with its own traditions and style of dress.

Of all Yao, however, 70 percent speak the same language, namely Iu Mien, a Hmong-Mien language, which – similar to Mandarin – is tonal and monosyllabic. Most Chinese Yao also speak Mandarin, China’s national and compulsory language.

One Yao group that attracts significant attention outside of its own community is the Red Yao, who live in the Guangxi Zhuang Autonomous Region in the mountain slopes leading up to the famous Longji Rice Terraces. It is not only their position in a tourist-friendly locale that makes this group the poster children of the diverse Yao, but more importantly the eye-catching hairstyle of the Red Yao women.

The Red Yao women only cut their hair once in their life: at age 16 in a coming-of-age ritual. Thus, those above a certain age carry long, black hair reaching well below the waist, which must be constantly cared for so that its strength and color don’t weaken. Fermented rice water is the preferred method of treatment. A woman’s hair tells a lot about her in this village. If her hair is covered by a black scarf, for instance, it means she is unmarried. If she is married but has no children, the woman’s hair is worn uncovered in two braids, and a married woman with children ties her hair around her head like a turban with a large bun just above the forehead.