An Introduction to China's Tujia People 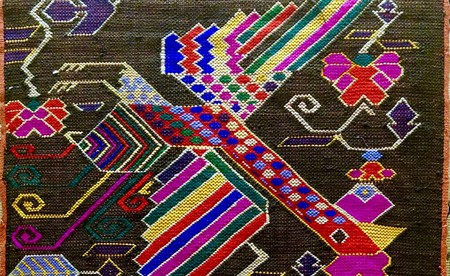 The Tujia make up the eighth largest of China’s 56 officially recognized ethnic groups, standing strong with over eight million members and holding on to a few ancient rituals that set them apart from any other people group in the world.

The Tujia are found primarily in the Wuling Mountains, which stretch over parts of Hunan, Hubei, Guizhou, and Chongqing provinces. Included in the vast Wuling Mountains is the frequented tourist hotspot of Zhangjiajie National Park, popularly known as the “Avatar Mountains” for its use as the inspiration behind Avatar‘s Hallelujah Mountains.

There are relatively large concentrations of Tujia in the Xiangxi Tujia and Miao Autonomous Prefecture, located in western Hunan, and in Hubei’s Enshi region. 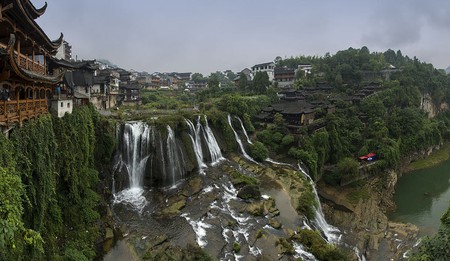 The Tujia are believed to be direct descendants of the ancient Ba people, who lived around the modern day Chongqing area more than 2,000 years ago. The Ba are synonymous with their once-flourishing kingdom, which was ultimately conquered by the state of Qin, who unified China in 221 BC.

For most of their history, the Tujia have lived in relative peace and cooperation with the Chinese government. Being a large and powerful ethnic minority group, the Tujia were long part of the Tusi system, which was the primary method used by several dynasties to control minority groups without expending national resources to do so. Under this system, Tujia chieftains kept watch over their local reaches and also sent troupes of their own men to help the government suppress would-be revolts from other minority groups.

Along with many other ethnic minority groups, the Tujia were brought under direct government control during China’s last dynasty, the Qing.

The 1911 collapse of the Qing spelled chaos for the whole country, however, and the Tujia were no exceptions. The power vacuum left by the once-powerful Qing saw the rise of competing warlords and landlords, many of whom transformed Tujia land into opium fields.

One tradition that refuses to die out is the ritual crying that accompanies a marriage ceremony. While weddings are typically a time of joy and celebration, Tujia women ring in their new lives by crying for as long as one month before their wedding day. In many cases, the crying is mandatory: a women who is not able to muster up tears is seen as unintelligent and unvirtuous. The crying should take place for at least one hour a night and is progressively joined by the mother, then the grandmother, then sisters and aunts. Together, the women sing a crying marriage song, which is intended to usher in true happiness for the couple.

Most Tujia also still adhere to a white tiger totem religion, which links them back to their supposed Ba ancestors, who held the white tiger in high esteem, believing that the first Ba king was transformed into one upon his death.

In most other ways, however, the Tujia look very similar to the Han majority. It is only in tourist areas where Tujia maintain their traditional dress and dance the famous Baishou dance.