An Introduction to China's Sibe People 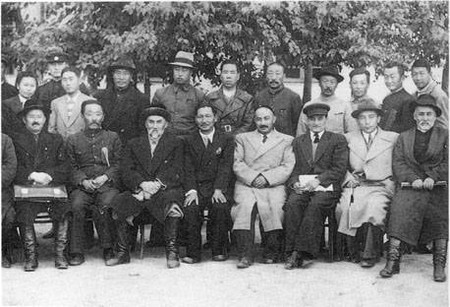 The Sibe, also written as Xibo or Xibe, are one of China’s 56 officially recognized ethnic groups. They are spread across much of northern China, from Xinjiang in the west to Jilin in the east.

Though the Sibe originated in Jilin province, along the Nen and Liao Rivers, today, the roughly 190,000 Sibe are settled in northern Jilin close to China’s border with North Korea, Shenyang in Liaoning province, and as far west as Xinjiang’s Ili Kazakh Autonomous Prefecture in the Qapqal Xibe Autonomous County.

While most ethnic minorities in China cluster themselves in one general region, the Sibe have a historical reason for their widespread habitation. On April 18 of the lunar calendar, 1784, Sibe officers and military personnel loyal to the Qianlong Emperor were relocated to Xinjiang to defend the Qing‘s northwestern borders. There they remained.

Still identifying as one people, the eastern and western Sibe have evolved into two very different cultures thanks to their wide geographic distribution, with the Sibe to the east adapting more to Han norms, and the Sibe to the west maintaining the old traditions. 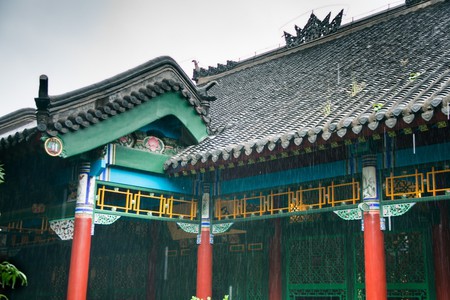 The Sibe are believed to be descendants of the Xianbei tribe, a branch of the ancient Donghu people who lived as nomads across the Greater Khingan Range in northeastern China.

Before the Manchu rose to power and established the Qing, China’s last dynasty, the Sibe lived as vassals to the Khorchin Mongols, fishing and hunting by trade. Under the Qing, the Sibe became part of the Eight Banners System, under which conscripted soldiers farmed during times of peace and were sent to fight during times of war. As such, the Sibe became the Manchu’s logistical support against the Russian Empire’s expansion attempts into China. They became so well known by the Russians that one scholar even believes Siberia to have been named after the Sibe people.

The Qing’s western borders had to be defended as well, for which the Sibe, along with the Chahar Mongolians and Daur, were conscripted, due to the low population in the western regions. After the Sibe reached Xinjiang, however, the Qing did not send further supplies, leaving the Sibe to largely fend for themselves. They started by cutting irrigation ditches into the southern bank of the Ili River, turning the former wasteland into tillable land. The Sibe also shared their farming tricks with the Kazakhs and Mongols who had long since populated the once-natural disaster-ravaged area.

Having lived in more compact communities in a somewhat rural part of China, the western Sibe have maintained much more of their old culture. To this day, they speak the Xibe language, which is part of the Tungusic branch of the Altaic language family. Eastern Sibe by contrast speak Mandarin as their first language.

One thing that brings eastern and western Sibe together, however, is the yearly Festival of Westward Migration. On the lunar April 18, a date that marks the separation of the Sibe into two distinct groups, many Sibe come together to sing, dance, practice archery, and engage in shamanistic practices that harken back to their more religious days. During the festival, a shaman ties a long bell to his waist and holds a drum, dancing in imitation of nature.