An Introduction to China's Salar People 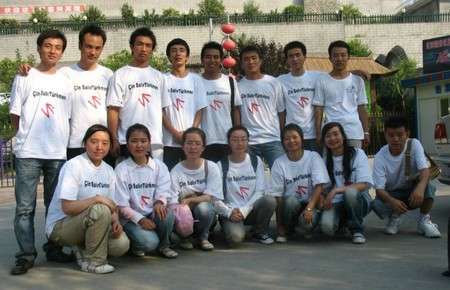 The Salar, one of China’s 56 officially recognized ethnic minorities, share many similarities with other Muslim ethnic groups in western China, particularly the Uyghurs and the Hui.

The roughly 150,000 Salar live on the border between Qinghai and Gansu provinces along the Yellow River, primarily in the Xunhua Salar Autonomous County and Hualong Hui Autonomous County. A small minority also reside in Ili Kazakh Autonomous Prefecture in neighboring Xinjiang province.

Xunhua is known as the “land of melons and fruits.” 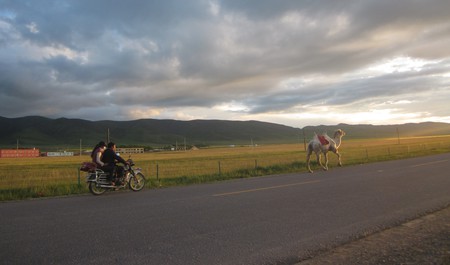 The Salar are likely direct descendants of the Salur, a tribe of Oghuz Turks who lived during the Western Turkic Khaganate. Facing religious persecution for their Islamic beliefs, Salur brothers Haraman and Ahman fled their homeland of Samarkand in modern day Uzbekistan, traveling east with 18 like-minded Salur and a Quran strapped to a camel’s back. They eventually settled in China’s Qinghai province, where they intermarried with Tibetan, Hui, Han, and Mongol peoples until the Salar were formed. The Salar tell the tale with much more color, insisting for instance that they picked their final settlement location based on an imam’s dream of a beautiful waterfall, which they found the next day on their journey. Though the Salar origin story may have been embellished over the years, the original Quran from their journey has been preserved and rests today in Jiezi Mosque in Xunhua.

For hundreds of years, the Salar lived in peace with their Chinese neighbors, even serving in the Ming and Qing armies alongside the Han. Then, with the introduction of Sufism, everything changed.

In the 1700s, two Sufi masters spread differing versions of their mystical faith to the Salar, one Khufiyya and the other Jahriyya, the only difference between the two orders being their respectively silent or vocal invocation of the name of God. Despite the minutia of this difference, the Khufiyya and Jahriyya turned violent against one another, having given themselves to fierce sectarianism. In 1781, a particularly violent episode forced the Qing government to take the side of the Khufiyya, squashing the Jahriyya’s uprising and imprisoning their leader. The Jahriyya responded by killing local officials and joining forces with some local Han, Hui, and Dongxiang to rebel against the Qing. After three months, the Qing were able to defeat the Jahriyya once and for all, killing an estimated 40% of all adherents and deporting most of the rest to the Ili valley in modern day Xinjiang province, where they remain to this day. 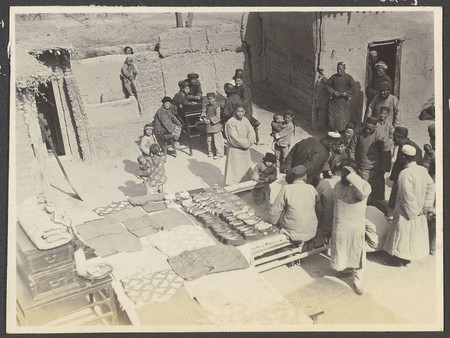 Though the Salar remain divided in their sectarian beliefs, Islam as a whole provides the guiding force behind their lives. Men, for example, traditionally where skullcaps and women head coverings, both for religious reasons. This style of dress is very similar to that of the Hui, making the two groups nearly indistinguishable in looks.

The Salar are also very similar to the Uyghurs, most notably in language. One expert has said that the only real difference between the two languages is geography. Like Uyghur, Salar is a Turkic language but uses Chinese characters instead of a unique script. The language has been influenced by Tibetan, Mandarin, Uyghur, Kazakh and even Persian, Arabic, and a little Mongolian, hearkening back to the diverse origins of the Salar themselves.