An Introduction to China's Pumi People 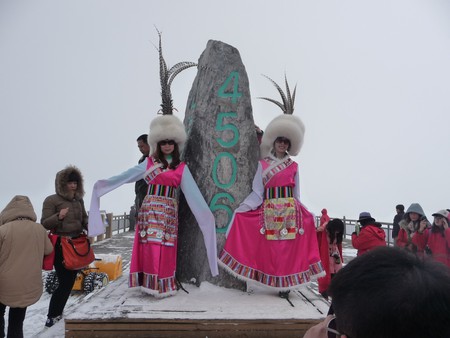 Sometimes mistaken with Tibetans or other peoples who live in the mountains of southwestern China, the Pumi are a small group of people who are struggling to keep their name and culture alive.

Though one of China’s 56 officially recognized ethnic groups, the Pumi are hard to classify as such. They are all descendants of the same nomadic group, but they have become dispersed throughout the mountains of northwestern Yunnan and southwestern Sichuan, often having more contact with neighboring Nakhi or Mosuo peoples than with other Pumi. They were once united by a common language, but the 43,000 Pumi that remain primarily speak Mandarin today.

The name Pumi itself was given to the group in the 1960s when the government set out to unite several tribes. It is a mandarinization of P’umi, Pei Er Mi, Peimi, Primi, Pimi, Primmi, Pruumi, P’ömi, and P’rome, all of which have been endonyms used by the various Pumi communities in the past. There would be an estimated 50,000 more Pumi if those living in Sichuan were given the same label as those living in Yunnan. Instead, all Sichuanese Pumi are simply called Tibetan.

All non-Sichuanese Pumi people live in the Hengduan Mountain Range, typically at elevations above 9,000 feet (2,700 m). The range stretches across large portions of Yunnan, Sichuan, and Tibet, as well as small portions of Qinghai province and Myanmar. The Pumi are concentrated primarily in Lijiang Prefecture, Diqing Tibetan Autonomous Prefecture, and Nujiang Lisu and Nu Prefecture, all found in Yunnan province.

The Pumi have tended to settle in valleys, where an agricultural lifestyle is possible. Historically, in addition to raising livestock, the Pumi have produced small harvests of maize, wheat, broad bean, barley, and oats. 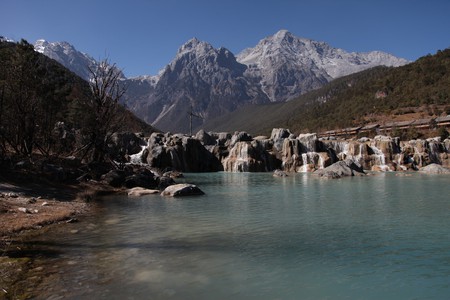 It is believed that the Pumi ancestors were the ancient Qiang nomads of the Qinghai-Tibet Plateau, a fact supported by the Qiangic roots of the Pumi language. Gradually, the Pumi migrated southward until a final push from invading Mongols during the Yuan dynasty gave rise to a singular Pumi identity and a permanent home in the Hengduan Mountains. A split between the Yunnan and Sichuan Pumi was created during the Yuan dynasty as well. The Sichuan Pumi integrated with local Tibetans, while the Yunnan Pumi developed their own traditions and customs.

Up until the early twentieth century, the Pumi were referred to as Xifan, or Western Barbarians, by the Chinese government. It was not until 1957 that a Pumi man from Ninglang County traveled to Beijing at the request of then-premier Zhou Enlai and asked that his people be called Pumi instead. 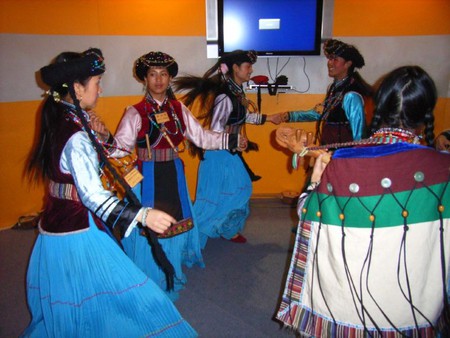 There are few cultural traits that make the Pumi unique from any other ethnic group. The majority practice Tibetan Buddhism and celebrate national holidays like the Spring Festival and Tomb Sweeping Day.

Traditional dress for Pumi women includes a long, pleated skirt with a multi-colored belt fastened around the stomach and jackets with goatskin draped over the back for warmth. Men traditionally wear sleeveless goatskin vests with long trousers and a Tibetan hat.

Wedding traditions vary depending on the exact location of a Pumi community. Today, intermarriage between Pumi and other ethnic groups is accepted. 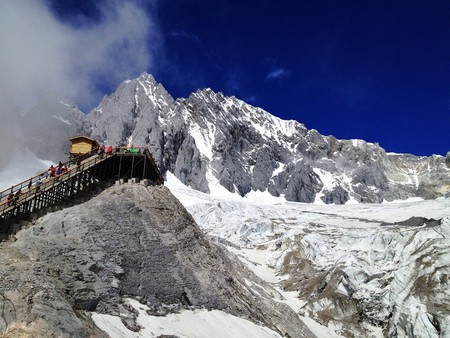