An Introduction to China's Palaung People 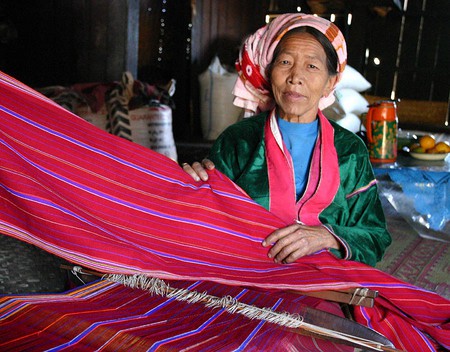 Living interspersed among the Dai, Wa, Jingpo, and Han, the Palaung ethnic group of China has become a melting pot culture, representing what life is like for people in deep southwestern Yunnan.

The term Palaung is used to identify those from the ethnic group who live in Myanmar. It is a Burmese word. The Palaung who live in China, about 18,000, are called De’ang and are one of China’s 56 officially recognized ethnic groups. For the sake of clarity, this article will from hereon refer to the people as De’ang.

The De’ang live scattered among the wild, subtropical mountains of southwestern Yunnan province on the border with Myanmar in the Dehong Dai and Jingpo Autonomous Prefecture, as well as throughout Zhengkang and Gengma counties. Some have even settled in the flatlands along with the Dai.

The Gaoligong and Nushan mountain ranges, which serve as the primary homelands of the De’ang people, have long provided the De’ang with fertile soil on which to cultivate rice, corn, buckwheat, walnut, and jute. The area is also abundant with bamboo, which is used as everything from building material to food.

More recently, starting in the mid-20th century, the De’ang have also made a living from tea, cotton, coffee, and rubber production. The De’ang themselves have long been tea drinkers, with each family having its own tea bush in the garden, alongside fruit and vegetable plants like mango, banana, jack fruit, and pomegranate. 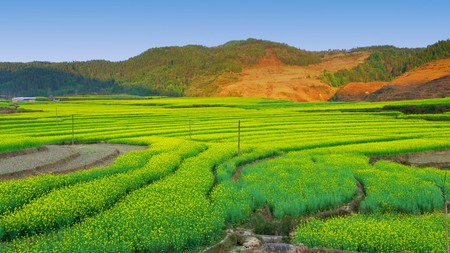 The De’ang trace their origins back to the ancient Pu people, who have been living in southwestern Yunnan since the second century. It is believed that the De’ang may have split from the Wa people when they converted to Buddhism while the Wa remained animists.

The name De’ang didn’t show up until the Qing dynasty, by which point the group had already been brought under the governance of the Dai in accordance with China’s imperial Tusi, or “chieftains” system, in which hereditary tribal leaders were appointed by the imperial court to rule locally on behalf of the central government.

The De’ang were named an official ethnic group by the Communists after their takeover in 1949, although the Communists chose to call them Benglong, a loose transliteration of Palaung. At the request of the group itself, the government changed their official name back to De’ang in 1985. 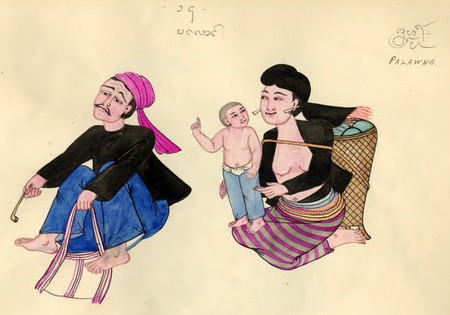 The De’ang traditionally speak Palaung, an Austroasiatic language broken into three distinct dialects. However, due to their long cooperation with surrounding people groups, as well as the fact that Palaung does not have its own writing system, most De’ang now speak Mandarin, Dai, or Jingpo languages.

Nearly all De’ang fervently adhere to Hinayana Buddhism and thus for years did not kill animals. Most refused to keep pigs or chickens and only raised roosters as alarm clocks. Hinayana Buddhism, which is also the prevailing religion among the Dai, believes that the Sakyamuni is the only true Buddha.

The De’ang also take part in the Dai Water Splashing Festival, whose origins center around the ritual “bathing of the Buddha.” The festival is far from solemn worship, however. Instead, it involves celebrants running around splashing each other with water and shooting water guns as an expression of good wishes. The De’ang also celebrate the Flower Picking Festival, as well as the Closed and Open Door Festivals, holidays which mark the beginning and end of a time of fasting.