An Introduction to China's Nu People 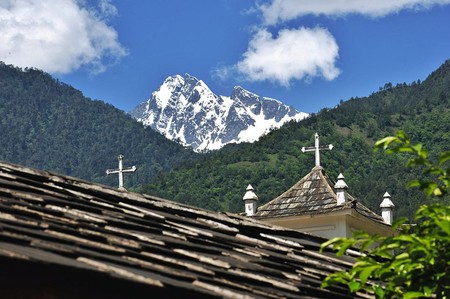 The Nu are one of 56 officially recognized ethnic groups in China, where they number about 13,000. The rest are found in Myanmar’s Kachin State.

The Nu are named after their ancestral homeland, namely the Nu River, which flows from the Tibetan Plateau to the Adaman Sea. Today, the majority of Chinese Nu can be found in Gongshan Derung and Nu Autonomous County, Fugong County, and Lanping Bai and Pumi Autonomous County, all of which are located in northwestern Yunnan province on or near the border with Myanmar.

The area is known for its dramatic landscape of high mountains cut by deep ravines, through which the Nujiang, Lancang, and Dulong rivers flow.

Most Nu live at low altitudes, where the air is humid and warm year round. To accommodate the high temperatures, they live in two-story bamboo strip houses, which allow for airflow but remain impervious to the rain. On the other hand, the Nu in Gongshan County live in wooden houses, which trap in the minimal heat they enjoy at an altitude of around 3,000 meters (10,000 feet). 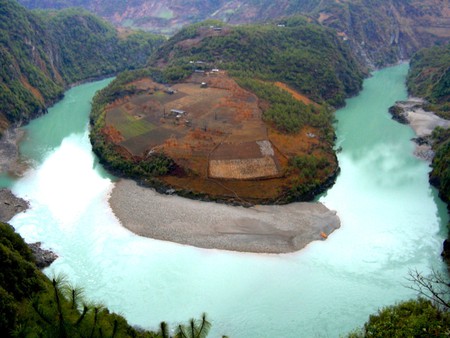 The Nu are believed to be mixed-race descendants of an ancient people who lived on the banks of the Nu and Lancang rivers up to four thousand years ago and the Luluman, who populated the area around the time of the Yuan dynasty. It was also around this time that the Nu came under the jurisdiction of a powerful Nakhi chieftain who ruled over many regional peoples.

Unfortunately, for most of their history, the Nu have had little autonomy. After the Nakhi, the Nu were ruled by Tibetan and Bai peoples, who used some Nu as slaves. The Nu also faced oppression from the Lisu, who would place a Lisu corpse on Nu lands, claim the Nu had committed murder, and then demand an oupuguya, or corpse ransom. This happened up to eight times a year.

Though the 1949 Communist takeover did not have a positive effect on everyone, the Nu only served to gain from it. Local governments gifted the Nu with farm implements and seeds to help boost agricultural production. They set up primary and middle schools, and in 1956 the Gongshan Drung and Nu Autonomous County was established for them.

Traditionally, the Nu are animistic in faith, though many have converted to Christianity or Tibetan Buddhism.

The major Nu holiday is Flower Fairy Festival, which is based on the legend of A-Rong. A-Rong was a Nu girl who created a rope bridge for the Nu to cross the flooding Nu River. The chief of a neighboring tribe saw her beauty and demanded that she marry him. A-Rong refused and escaped into the mountains, where she turned into a stone statue. To celebrate the festival, the Nu pick flowers and bring them to A-Rong in the cave where she is believed to have died. Afterwards, the festivities really begin, with singing, dancing, and storytelling, as well as sport competitions and drinking. The holiday takes place on March 15 every year and provides the Nu with an excuse to dress up in their traditional attire.

The Nu separate themselves into four subgroups: the Along, Anu, Nusu, and Rouruo. Each subgroup speaks its own Sino-Tibetan language. Nusu and Rouruo are similar to the Yi language, while Along and Anu are more like Jingpo.

Ethnic Nu The Nu people (Chinese: 怒族; pinyin: Nùzú; alternative names include Nusu, Nung, Zauzou and Along) are one of the 56 ethnic groups recognized by the People's Republic of China. Their population of 27,000 is divided into the Northern, Central and Southern groups. Their homeland is a country of high mountains and deep ravines crossed by the Dulong, Irrawaddy (N'Mai River and Mali River), and Nujiang rivers. The name "Nu" comes from the fact that they were living near the Nujiang river, and the name of their ethnic group derives from there more information: https://en.wikipedia.org/wiki/Nu_people #china #中国 #중국 #怒族  #ethnic #民族 #pueblo #Nation #etnik #etnico #Travel #Voyager #reizen #minority #путешествовать #viajar #旅游 #viaggio #culture #ثقافة #Kultur #Minority #cultura #Tourism #fashion #패션 #ファッション #옷스타그램 #style #series / Photographer: 陈海汶