An Introduction to China's Maonan People 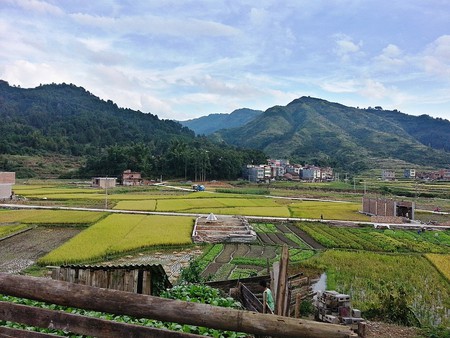 The Maonan, one of China’s 56 officially recognized ethnic groups, live in the country’s deep south, where they have long intermixed with surrounding peoples.

In 1982, there were only 38,000 Maonan on record. Now with over 107,000 members, the Maonan are one of the few ethnic minorities in China that have significantly grown in number over the past century. In the Maonan’s case, however, such growth was not natural and was due simply to the government’s reclassification of the Yanghuang people into the Maonan nation starting with the 1990 census.

Over 80 percent of Maonan live in northern Guangxi province’s Huanjiang Maonan Autonomous County, surrounded by Zhuang, Miao, Yao, and Han peoples. All of these surrounding groups belong to much larger ethnic groups and thus tend to overshadow the Maonan.

The Maonan homeland lies just east of the Yunnan-Guizhou Plateau, a mountainous area blessed with a mild sub-tropical climate. Throughout their history, the Maonan have engaged in agriculture, using the fertile land to produce everything from wet rice to Chinese sorghum. Those who are not farmers typically engage in animal husbandry, raising cattle and helping satisfy China’s fast growing appetite for beef.

The Maonan believe themselves to be the native people of Lingxi, the ancient name for the Guangxi Zhuang Autonomous Prefecture (named above as a province). In fact, their endonym is Anan, which roughly translates as “people of the area.”

Though their presence in Guangxi can be certifiably traced back to at least the Tang dynasty, it is possible that the Maonan migrated to the area. Today, 80 percent of all Maonan share the surname Tan. The Tan “clan” believe their ancestors originated in Hunan. Other surnames include Lu, Meng, Wei, and Yan. These “clans” are said to have migrated to Guangxi from Shandong and Fujian provinces.

Unfortunately, life for the Maonan was not easy once they settled in Guangxi. They were saddled with poor farming equipment and agriculture developed slowly as a result. During the Qing dynasty, the Maonan came under the control of brutal landlords, who exploited Maonan farmers for labor. Maonan women were even taken by some landlords as slaves in exchange for unpaid rent. Likely as a result of this, the Maonan joined the Taiping Rebellion, a nineteenth century civil war against the ruling Manchu, which resulted in as many as 30 million deaths over 14 years.

Though most Maonan now speak Mandarin or one or more of the Zhuang languages, they traditionally speak a language belonging to the Kam-Sui language family. It does not have its own writing system.

Religiously speaking, most Maonan are a mix of Taoist and animist, demonstrating the way that more mainstream Chinese society has infiltrated the native customs of the Maonan. In festivals too, the Maonan show the influences from the Zhuang and Han, in particular with Spring Festival (Chinese New Year) and the Zhongyuan Festival; these are two of the most important festivals to the Maonan, Zhuang, and Han alike.

One facet of their culture that is unique to the Maonan, however, is the village structure and related family practices. Typically, Maonan live in groups of no more than 100 houses, organized by clan. Traditionally, marriages were arranged and all relationships were monogamous. When someone in the clan passed away, the son of the deceased would collect water at the river to cleanse the corpse. During the funeral, chicken blood would be dripped into the grave, over which a Taoist priest would recite scriptures, all in an effort to bless the spirit of the deceased and bring protection to those left behind.