An Introduction to China's Lisu People 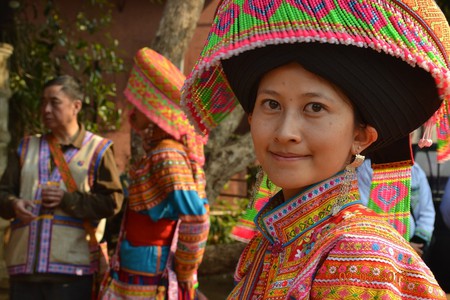 The Lisu are a people who can be found in Myanmar, Thailand, India, and China, and in the latter they make up one of 56 officially recognized ethnic groups.

The Lisu are believed to have migrated to modern day Yunnan from Tibet, where they likely lived prior to Tibetans. The first mention of the Lisu in Chinese historical records was made in the year 685, though they were referred to as little more than “southern barbarians.” In fact, much of Lisu history is seen through the lens of the Han Chinese, with whom the Lisu have long had relations, and under whom the Lisu have long suffered.

According to Lisu legend, a great flood thousands of years ago forced the Lisu and Han to live next to one another. The new neighbors decided to be egalitarian about who would rule the land and devised a test to carry out their plans. A representative from the Lisu and Han would respectively plant a rod in the forest. Whoever’s rod bloomed first would get to rule the land. The Lisu representative’s rod bloomed overnight, but it was the Han representative who awoke first. Seeing the results of the test, the Han representative switched the rods and declared himself the winner.

Whether such a test was ever carried out is irrelevant. The legend provides a simple explanation as to the coming pain the Han would put the Lisu through, primarily through the Tusi, or “chieftains” system, in which hereditary tribal leaders were appointed by the imperial court to rule locally on behalf of the central government. Greedy landlords imposed heavy taxes on the Lisu and even kept some of them as slaves.

The post-imperial system wasn’t any kinder to the Lisu. Prior to the Communist takeover in 1949, the Lisu were subjected to 45 different taxes and levies, including one for each plane that flew over their homeland. After 1949, the Nujiang Lisu Autonomous Prefecture was founded, and the Lisu’s “debts” were forgiven.

During the later imperial years and the early 1900s, however, many Lisu abandoned China altogether, leading to massive emigration into Myanmar, Thailand, and India.

For hundreds of years, the Lisu lived highly communal lives, having separated themselves into 58 clans, each with its own name. Clan names were typically based on an animal or a plant, which also served as the clan’s totem in accordance with their native animistic beliefs. Though the clans all lived in the same region, they had few economic ties with one another. In fact, they only interacted with one another when an alliance against an outside force needed to be made.

Today, most Lisu have abandoned their animistic beliefs. Now, an estimated 80% of all Lisu in China adhere to Christianity, after Western missionaries made inroads into the community in the late 19th and early 20th centuries.

Lisu society is still rather traditional, however, and the people do their best to remember where they came from. Singing is a big part of the culture, and the Lisu use songs, sometimes taking a whole night to sing, to pass their history on from one generation to the next. 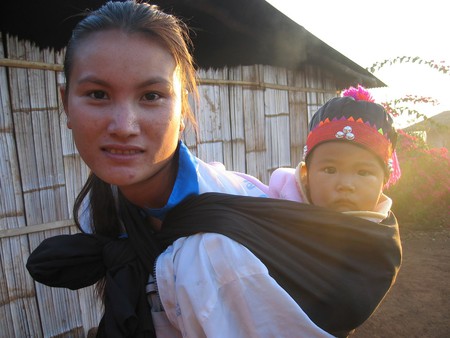 Lisu mother and child | © Tammy Nicholson / Flickr
Give us feedback