An Introduction to China's Lahu People 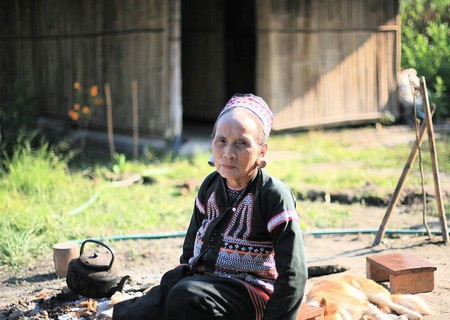 The Lahu are one of 56 officially recognized ethnic groups in China. They number above 700,000 in China, and hundreds of thousands of Lahu are also located in Myanmar, Thailand, Laos, Vietnam, and the United States. Read on to learn more about this unique group of people and their culture.

About two thirds of all Chinese Lahu live in the mountainous Lancang and Menglian autonomous counties in southwestern Yunnan, along the Mekong River. Despite the elevation, the Lahu homeland is humid and warm with virtually no winter. There are only two seasons: wet and dry. The Lahu are traditionally semi-nomadic, living in villages at elevations of 1,000 meters (3,280 ft) or higher, where they grow rice, corn, and – for a time – opium. 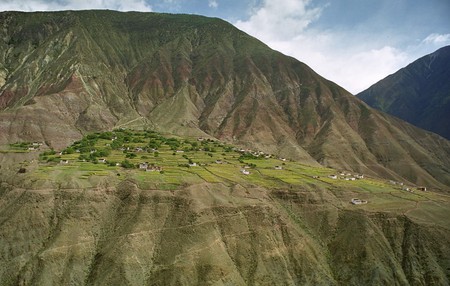 Like many of southwestern China’s ethnic groups, the Lahu are believed to be descended from the ancient Qiang tribe, a nomadic people that migrated southward from the Qinghai-Tibetan Plateau around the third century. More recent DNA analyses suggest, however, that the Lahu are not related to the Qiang at all, but rather originated as its own unique group in Yunnan itself.

Between the fifth and tenth centuries, the Lahu emerged as a distinct ethnic group and gained a local reputation as tiger hunters. Throughout the next several centuries, outside kingdoms and dynasties forced the Lahu to split up and relocate again and again up until the Qing dynasty, when they finally settled around the Mekong. Most Lahu remain in this area to this day.

The Lahu who left China did so between the eighteenth and twentieth centuries, due in part to conflicts with Dai overlords. 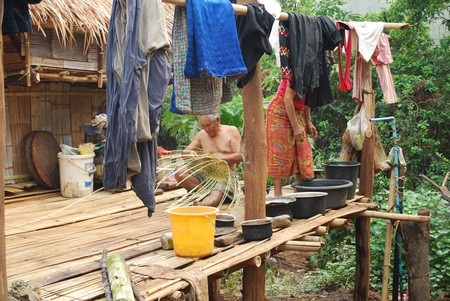 Today, the Lahu primarily exist as settled farmers, practicing wet rice cultivation. While non-Chinese Lahu are famous for their stilt houses, most Lahu in China live in mud-brick homes that more closely adhere to the local Chinese style.

The Lahu speak a Loloish language of the much larger Sino-Tibetan language family, to which Mandarin also belongs. It is spoken with seven tones and uses the Latin alphabet.

Until the last century, most Lahu did not have surnames. Instead, they were called by a two syllable name, with the first syllable representing the person’s gender and the second representing the date of birth. The People’s Republic of China later assigned surnames to the Lahu, which is why most of them are now Zhang or Li, two of the most common Han family names.

Traditionally, the Lahu were polytheistic but were gradually influenced by larger religions. Today, many Chinese Lahu are Buddhist, while most in Myanmar and Thailand are Christian. Christian Lahu have incorporated their own gods into the Christian theology. 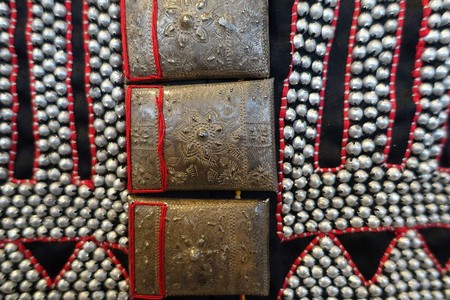