An Introduction to China's Jingpo People 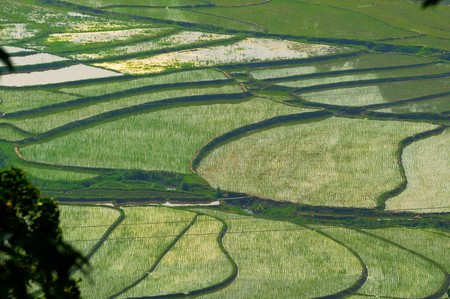 The Jingpo are a small ethnic minority residing in Yunnan’s southwest on the border with Myanmar, where the same ethnic group is called the Kachin.

China’s roughly 150,000 Jingpo reside primarily in the Dehong Dai and Jingpo Autonomous Prefecture in southwestern Yunnan province. The prefecture contains a smattering of small cities, but the Jingpo tend to reside remotely on the tree-covered slopes of the mountains. The region enjoys a tropical and subtropical rainforest climate, where exotic wildlife like snakes, tigers, bears, and leopards roam and rare natural resources like copper, coal, gold, and silver abound.

The land is also fertile and has long aided in the Jingpo’s largely agricultural way of life. 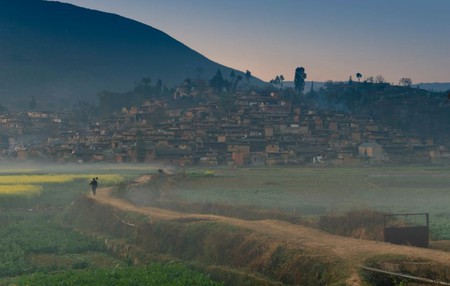 The Jingpo likely migrated to their current home from the southern part of the Tibetan Plateau around 1500 years ago, though the first records of the Jingpo didn’t emerge until the Tang dynasty.

During the Yuan dynasty, in which the Mongols ruled China, the Jingpo officially became a part of China and were integrated into the tusi, or “chieftain,” system. Under this system, ethnic minority tribal leaders ruled their local area on behalf of the imperial court. The Jingpo had no representatives in this system, however, and were ruled instead by Dai overlords.

The Jingpo speak a wide variety of dialects belonging to the Sino-Tibetan family of languages. Though most Jingpo in China now speak Mandarin, the traditional way of communicating says a lot about the people group’s culture. When a man and woman from different tribes marry, the man and woman retain their own dialects, even when speaking to each other. That means that a single conversation will be conducted in two dialects at once. The couple’s children are then responsible for learning both dialects so they can communicate with their father in his and their mother in hers. When the children speak to each other, they use the father’s dialect. Interestingly, however, a man who is only beginning to court a woman for marriage will speak to her in her dialect to prove his love for her. After marriage, the language norms are resumed.

Whereas the related Kachin in Myanmar have been largely converted to Christianity, China’s Jingpo remain animist in faith, retaining their centuries-old beliefs. One of the year’s biggest festivals, Munao Zongge, was once a tribute to the sun god but is now celebrated only out of tradition without the religious significance it once held. Munao Zongge means “dancing in mass” and describes precisely what the festival is all about. Over the course of three days, participants gather to dance around pillars depicting a variety of patterns, from broad swords to triangles. The aim is to dance in a way that matches these patterns.

The Jingpo build their homes out of bamboo and wood and reconstruct them every seven to eight years with the help of the whole community. The rebuilding is a time of celebration, with villagers singing, dancing, and beating wooden drums to congratulate the family and honor the new home.