An Introduction to China's Hui People 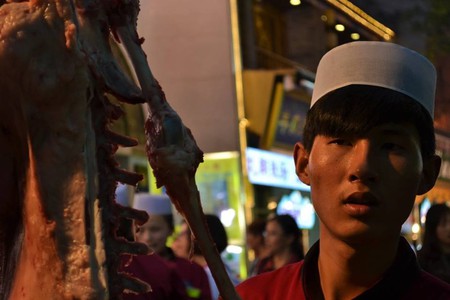 China’s third largest ethnic group, the Hui, have both influenced and been influenced by Han majority culture, so much so that the two often look like one. Some even say that the only difference between the Han and Hui is that the Hui practice Islam and don’t eat pork, while the Han tend towards Buddhism and Taoism and consume pork like all the world’s pigs will die out tomorrow. This characterization is unfair to the Hui, however, who have their own unique story to tell.

Numbering well over ten million, the Hui are spread far and wide across China. Some among them are easily recognizable: the men who wear white caps and the women who wear head scarves. Others could be mistaken for Han until they reveal a surname like Ha (sinicized “Hasan”) or Ma (sinicized “Muhammad”). Within a city, however, Huis tend to stick together, often in self-owned noodle shops or other halal eateries.

The largest clusters of Hui live in China’s northeast along the ancient Silk Road route. Today, that includes provinces Ningxia, Gansu, Qinghai, and Xinjiang. They also carry a large presence in Xi’an, where the “Hui Ethnic Street” is a popular place to snack on fresh lamb and buy sesame seed snacks. 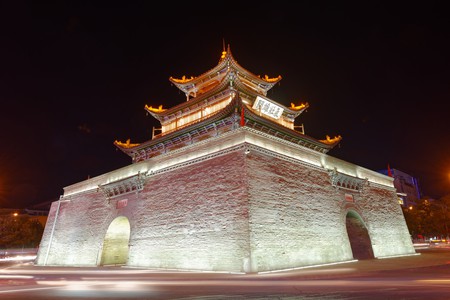 Though the Hui have existed since at least the 7th century, the term was only coined in 1949 by the People’s Republic of China. To this day, the term is used to describe any Muslim Chinese who does not fit into another officially recognized ethnic minority group.

The origin of the Hui is thought to be from the intermarriage between Muslim traders and Han locals during the height of the Silk Road. Persians were the original group to bring Islam to China. Many such traders stayed, married Chinese women after converting them to Islam, and assimilated into the local culture. By contrast, intermarriages between Hui and other ethnic groups are discouraged in today’s Hui culture, and many Hui people retain their central Asian features.

What makes the Hui the “other Muslims” or the “model minority” is the stark difference in governmental treatment between them and Uyghur Muslims. Whereas a Uyghur’s adherence to Ramadan fasting has been at times classified as a “terrorist act,” Hui are allowed to build their own mosques, worship freely in them, and even educate their children in Muslim private schools. In fact, the government preaches religious tolerance towards Chinese Muslims, even going so far as banning depictions of pigs on public broadcasting network CCTV during the 2008 Year of the Pig so as to avoid offending those who may see the animal as unclean. Yet, the government does not address the discrepancies between its treatment of the assimilated Hui and the more culturally distinct Uyghurs. 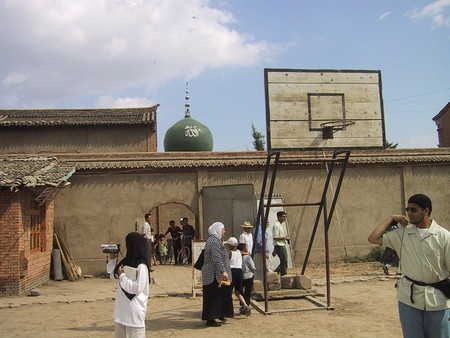 Because “Hui” describes several peoples with different backgrounds, not all Hui look alike in their customs. Yes, most Hui are Muslims and adhere to Muslim holidays and dietary restrictions. However, other Hui have renounced the faith and carry only the last name as a reminder of their Central Asian roots. Some are pious, others less so. 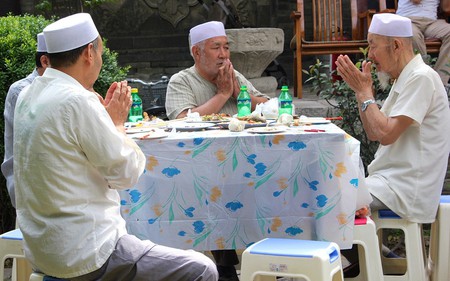 One cultural element that does make the Hui unique, however, is their cuisine, which has come to be loved by the whole country. Today, more than a tenth of all Lanzhou Lamian restaurants nationwide, that is, restaurants that serve western China’s famous hand-pulled noodle soups, are owned by Hui people from the Hualong Hui Autonomous County in Qinghai province. The other 90% are commonly owned by Hui as well. Lanzhou Lamian, called alternatively halal beef noodles, supposedly date back to the Qing dynasty, but it was a Hui man who perfected and standardized the dish in 1915. The man, Ma Baozi, said that a good bowl of Lamian should contain five colors: clearness for the broth, white for radish, green for cilantro, red for chili oil, and yellow for noodles.

Lamian restaurants are so common today, in fact, that a social pact had to be established stating that Hui Muslims are prohibited from opening halal noodle shops within 1300 feet (400 meters) of each other. 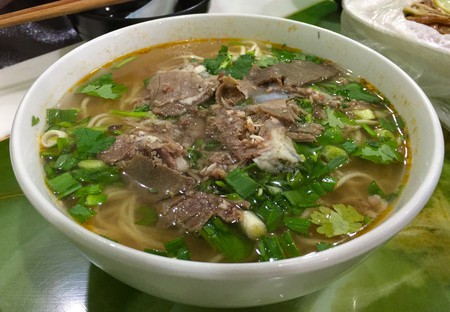