An Introduction to China's Evenks 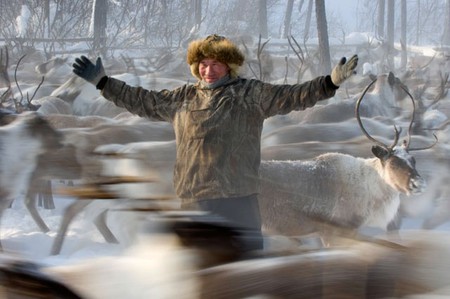 Spread across the grasslands of northern China and Siberia, the pastoral Evenks have found a way to thrive in one of the world’s harshest climates. Let us introduce you to one of China’s coolest ethnic groups.

Roughly 30,000 Chinese Evenks live primarily in Inner Mongolia throughout the Hulunbuir Grasslands, more specifically in the Evenk Autonomous Banner. The Eight Banners system was established by the Manchus during the Qing dynasty as a means to organize society. Thus, the Manchus, who came from an area not far from the Evenk homeland, influenced the naming structure of most of northeastern China.

In many ways, Hulunbuir typifies Evenk life. Though most of it is grass as far as the eye can see, it is also birch forests and wind-whipped rivers and wild reindeer, all of which have played a part in developing the Evenk culture that thrives today. 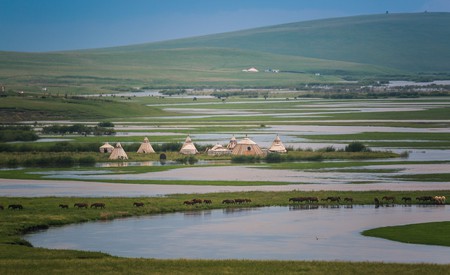 The term Evenks (also called Evenki or Ewenki) refers to a broad range of related peoples who exist primarily as hunters and reindeer herders in northern Asia. In China, the Solons and Khamnigans make up the two primary Evenki groups, though it can be argued that the Oroqen – categorized by the Chinese government as a separate ethnic group – are also Evenks, ones who were first categorized as separate by the Manchus.

The Evenks are likely descended from the ancient Shiwei, an umbrella term used for Mongols and Tungusic peoples who lived in north and northeastern China and Mongolia prior to the Yuan dynasty.

Until the Qing dynasty, the Evenks lived relatively ungoverned, peaceful lives. In 1640 however, Emperor Hong Taiji captured and killed the leader of the Evenk Federation and successfully brought the Evenks under the Eight Banners system.

Whether Solon or Khamnigan, or even Oroqen, all Evenks fit into two main categories: hunters and herders. Despite a deep respect for animals in correspondence with animistic beliefs, the Evenks have long survived off of meats like seal, elk, and wolverine. The hunters make up the majority of Evenks.

The herders are a much smaller group of currently 200 people, who have traditionally lived more nomadic lifestyles, following herds of reindeer across borders and using them for milk and transport, not for meat. In 1967, reindeer were collectivized by the Chinese government, but the Evenks were still allowed to manage them. In 2014 several Evenki attended that World Reindeer Herders Congress, which was held in Genhe, China, a small city in Hulunbuir. 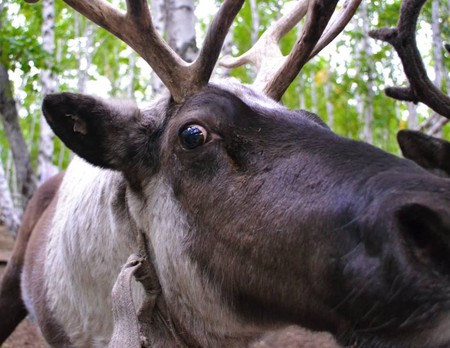 Reindeer in Hulunbuir | © Rachel Deason
Give us feedback