An Introduction to China's Bouyei People 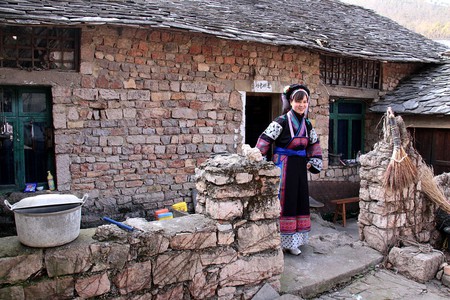 Number over 2.5 million, the Bouyei make up the 11th largest ethnic group in China and one of the largest in the country’s diverse south.

Though the Bouyei people, also commonly known as Buyi, are one of China’s 56 officially recognized ethnic groups, they see themselves as part of the Zhuang, China’s largest minority group. They do indeed share similarities with the Zhuang but maintain their own language, style of dress, and homeland.

Aside from those who live in Vietnam, most Bouyei can be found in the mild forests of Guizhou province, as well as in parts of Yunnan and Sichuan provinces. They are spread out across the Yunnan-Guizhou Plateau, where rugged beauty abounds in all forms. The semi-tropical environment of the plateau, where the annual average temperature sits at a pleasant 16°C (61°F), has lent itself well to Bouyei’s cultivation of crops from rice to sorghum, cocoa to cotton.

Parts of the Bouyei homeland have become popular tourist destinations, such as Dragon’s Palace Cave and Huangguoshu Falls, but luckily for the Bouyei themselves, their communities have yet to garner the attention of those who would see to steal their authenticity. 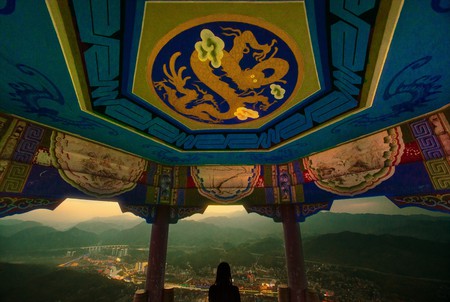 It is believed that the Bouyei are descendants of the ancient Liao people who blended with other tribes, producing the Bouyei, Zhuang, Dong, and Dai.

China as a whole has a long history of referring to all outsiders as barbarians. Thus, up until the Tang dynasty, the Bouyei were known as the “Zhong Barbarians” or “Barbarians in the Southwest.” Under Tang rule, however, the Bouyei gained local representation, becoming part of the feudal system that would define China for hundreds of years.

China’s last dynasty, the Qing, abolished the feudal system, replacing it with a landlord economy in which army officials lorded over large groups of people at once. This spelled disaster for the Bouyei and other agricultural peoples. Together, such groups formed a rebellion in 1797, during which many Bouyei emigrated to Vietnam. 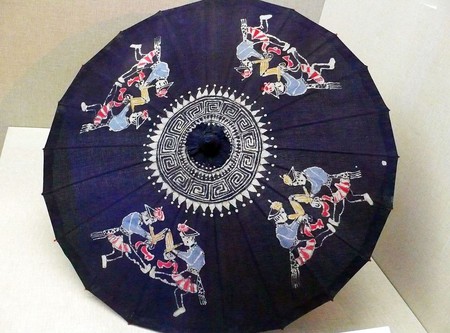 Interestingly, the Bouyei have one of the best preserved minority cultures in China but also one of the least academically studied.

Whole Bouyei villages still stand, most of which contain no more than 100 houses centered around a banyan or camphor tree. The houses themselves are typically two stories, the first for livestock and the second for the family.

Handicrafts have long been and are still being created by the Bouyei, particularly cloth-weaving and batik-dyeing. Other folk traditions have been preserved as well, from a unique style of drama to local holidays and festivals that celebrate Bouyei gods and ancestors.

Language is one of the only ways the Bouyei are not unique as an ethnic group. They speak a language very similar to the Zhuang, so much so that it is categorized by some as a dialect.