An Introduction to China's Bonan People 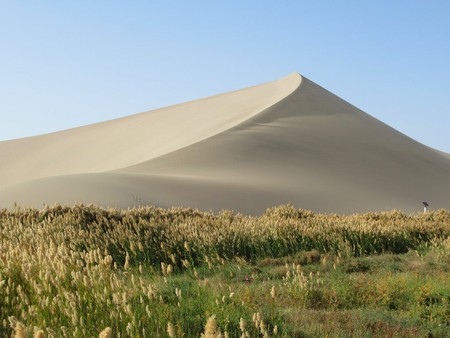 The Bonan, or Bao’an, a name meaning “I protect you,” are one of China’s 56 officially recognized ethnic groups. Though their lives now are very different, the Bonan are ethnically related to the Monguor people, from whom they split in the 19th century.

The Bonan are one of China’s smallest ethnic groups, with only 20,000 members. They live in Gansu province in the Jishishan Bonan, Dongxiang, and Salar Autonomous County. The area borders Qinghai to the west and the Yellow River to the north and is a largely mountainous area.

The Bonan are a branch of the Monguor, a separately recognized ethnic group known for their practice of Tibetan Buddhism. In fact, Bonan who never converted to Islam are still classified as Monguor. Those who moved east to Jishishan after the Dungan Rebellion, however, were classified as Bonan by the current government starting in 1949.

The history is understandably confusing given the fragmentation of the people group and the somewhat arbitrary naming system imposed on them by the Communists.

The split between the Bonan and Monguor was spurred on by the conversion of the Bonan to Islam, likely encouraged by the Sufi master Ma Laichi. At this time, the group as a whole lived in Tongren County in the Tibetan area of modern-day Qinghai province. It was the Dungan Rebellion starting in 1862, however, that created a more permanent divide between the Bonan and their Monguor brothers. The Dungan Rebellion was a bloody revolt of the Hui Muslims against the Han majority that is said to have been caused by a sour trade deal between merchants of the two groups. Though the Bonan were not directly involved in the rebellion, which killed an estimated eight to ten million people, their Muslim beliefs made them sympathizers with the Hui. In the aftermath of the rebellion, the Bonan moved farther east – into what is now the Jishishan Bonan, Dongxiang, and Salar Autonomous County – to be around like-minded individuals.

Today, Bonan and Monguor continue to speak the same language, but the similarities between the two stop there.

The Bonan are Sunni Muslim and place great value on their faith, allowing it to dictate many aspects of their lives. In that way, they are very similar to the Hui, from whom they can hardly be visually identified. Like most Hui, Bonan men wear white skull caps and the women wear hijab. Married women wear black head coverings, while single women wear green. Pork is forbidden, as is smoking and drinking alcohol.

By trade, most Bonan are farmers and loggers, though knife-making has an important status as a cottage industry. The highly refined knife-forging process, which includes over 80 steps, is listed as a part of the National Intangible Cultural Heritage by the Chinese government. The knives are said to be extremely durable and are typically made with ox horn.

Day 4 #PKU Ethnic Minority Week! The Bonan #保安族 1) The Bonan are descended from #Muslim Mongol #soldiers stationed in #Qinghai during the Yuan or Ming dynasties. 2) Despite shared ancestry and language, the #Bonan and the Monguor (in Tongren) are officially recognized as separate ethnic groups. The Bonans consider this separation somewhat artificial. 3) They are agriculturalists and #knife makers. Nearly everyone is an #expert in knife forging. Their knives are renowned for their #beauty, hardness, intricacy and durability. The manufacture and sale of knives are the most #important part of the local #economy. 4) Men wear black or white head coverings. Women wear veils — black if #married, green if unmarried. 5) Bonans have unique #wedding rituals. For example, young men from the bridge's village will ask the groom's #family for #money. If dissatisfied with the amount received (they always are), a free-for-all ensues in which everyone blackens eachothers' faces with #ash before exchanging congratulations. #Follow us on Instagram or visit us on #Campus. Or both! #picoftheday #photooftheday #instalike #instagood #中国 #Zhongguo #mychinagram #MBA #Explore. #Discover. #China.