An Introduction to China's Achang People 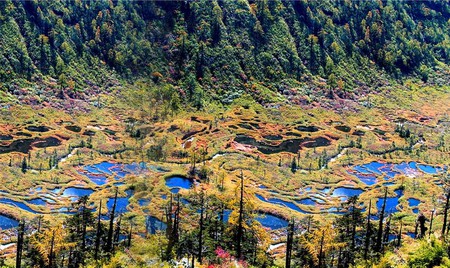 The Achang are one of 56 officially recognized ethnic groups in China, with a population of around 40,000. They live primarily in western Yunnan province on the border with Myanmar, where around an additional 2,000 Achang also reside.

The Achang are native to western Yunnan around the southern tip of the stunning Gaoligong Mountains. As part of the Dehong Dai and Jingpo Autonomous Prefecture, the Achang have long intermixed with the other local ethnic groups.

There is even a branch of Achang who developed in a more sinicized way than the majority. They speak a distinct dialect and call themselves the Husa Achang. In the 1950s, the Husa applied for separate nationality status but were rejected and continued to be grouped with the Achang as a whole.

The Achang homeland is fertile with a mild climate and plenty of rainfall, providing the perfect conditions for rice cultivation, for which the Achang have long been known.

Though the Achang remain one of the lesser known minority groups today, they are considered some of Yunnan’s earliest inhabitants. They are believed to have descended from the ancient Qiang tribe, a nomadic people that migrated southward from the Qinghai-Tibetan Plateau around the third century and gave rise to numerous ethnic groups across southern and southwestern China.

Before Chinese imperialism reached Yunnan, a series of kingdoms and local dynasties ruled the diverse southern lands. The Achang served as vassals to two of the most powerful, the Nanzhao Kingdom and the Dali Kingdom.

Until the 16th century, the Achang were conflated with the Jingpo, though the two have always been separate people groups. Like the Jingpo, however, the Achang would come to fall under China’s imperial Tusi, or “chieftains,” system by the time of the Ming and Qing dynasties. Under the system, hereditary tribal leaders were appointed by the imperial court to rule locally on behalf of the central government. At different points, the Achang were ruled by themselves and at other points were ruled by Han and Dai landlords, to whom they had to pay monetary tribute, placing a large financial burden on the Achang.

Farmers throughout their history, the Achang continued to be so after the Communist takeover in 1949, after which their production increased but was to be sold at a fixed price to the national government.

The Achang speak a language of the same name, which falls under the Burmish branch of languages. It does not have its own writing system.

Storytelling has long held an important place in Achang society. Through ballads and epic poetry, the Achang relate the folk legends of their people to the younger generations.

Singing is also a favorite pastime of both men and women. There are three major types of singing in Achang culture. The first, the Xiangleji style, is improvisational and antiphonal and often based on the feelings of being in nature. The second, called Xiangzuo, is sung by young lovers during courtship. Finally, Xiangmole is a more lively, less dramatic style also used by couples.

Most Achang are Theravada Buddhists with animistic characteristics. Many of their festivals are based around such beliefs.

Thanks to influence from the Dai, the Achang also celebrate many Dai festivals, namely the Water Splashing Festival, whose origins center around the ritual “bathing of the Buddha,” and thus involves running around with water guns and buckets and acting anything but solemn.