A Year in Beijing in 16 Festivals 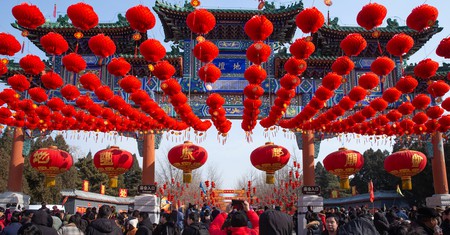 Beijing celebrates a range of festivals throughout the year, both traditional and modern, with each occasion reflecting the city’s rich history and culture. Here are the biggest annual events taking place in China’s capital.

Also known as the Spring Festival, Chinese New Year occurs annually on the new moon between 21 January and 20 February. The two-week celebration begins with a reunion meal on New Year’s Eve, when families gather together over a massive feast and make wishes for the year ahead. Groups perform traditional lion dances, people give each other red envelopes stuffed with money and relatives harass younger family members about their love lives.

Beijing clears out during this period, with migrants journeying home to visit loved ones – for many, the only time they will see family for the entire year. Although most shops and restaurants close during this time, the upside is that there’s less traffic on the roads and emptier subway compartments.

Praying at Lama Temple on the first day of Chinese New Year is a popular tradition in Beijing – expect to wait in a long line. During the Spring Festival period, Beijing’s temples typically host fairs that involve live folk performances, tasty treats and handmade gifts. 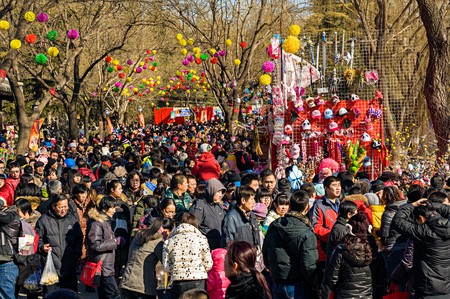 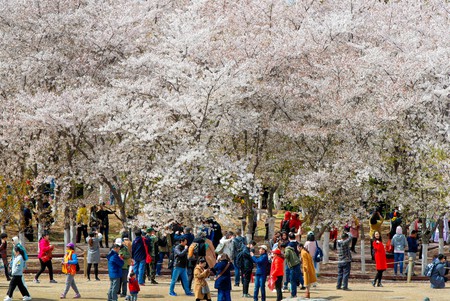 The Lantern Festival occurs on the 15th day of China’s Spring Festival, marking the end of the New Year celebrations. A symbol of good fortune, lanterns are released in the sky to bring good luck for the year ahead. In Beijing, lanterns take over the city and people flock to sites such as the Happy Valley theme park in northeast Beijing and Yu County, where performers spray molten iron into the air, which is meant to resemble fireworks.

You could also venture to the Longqing Gorge Ice Lantern Festival. It’s located just two hours outside of Beijing’s inner city and is similar to the festival that takes place in the northern city Harbin, where huge blocks of ice are carved into the shapes of castles, cartoon characters and traditional Chinese symbols. 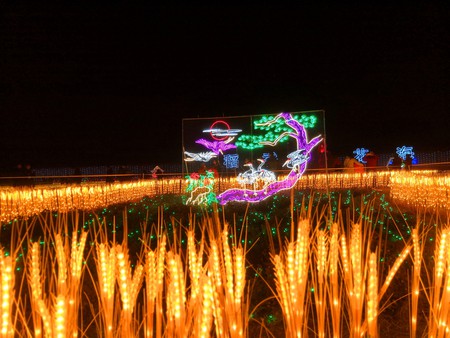 Otherwise known as The Day That the Dragon Raises Its Head (Longtaitou), Eryue’er is a traditional festival held on the second day of the second lunar month. Dragons were traditionally regarded as the kings of all species, and being rain deities, were believed to have the power to influence agriculture.

Today, the festival marks the onset of spring and is celebrated by eating chunbing (thin Chinese pancakes laden with an assortment of meat and vegetables). Another popular Eryue’er tradition in Beijing, and across China, is cutting hair, as some Chinese people believe a haircut will bring good luck.

The annual Bookworm Literary Festival is a celebration of books, authors and ideas. Comprising a series of workshops and talks by dozens of local and international writers and experts, the festival lasts a fortnight and is organised by and held at local bookshop and institution The Bookworm. Showcasing a variety of typically China-specific topics, such as gender equality, sham marriages and Chinese history, the festival is both educational and entertaining. Other highlights include author talks, stand-up comedy and a literary quiz night.

The Great Leap Brewing Invitational Craft Beer Festival is an annual celebration that hosts a selection of craft breweries from around the world for an epic weekend of beer tasting. Discover your new favourite beer at Great Leap’s fantastic boutique event.

Also known as Tomb-Sweeping Day, Qingming Festival is a traditional Chinese celebration that is observed on the fourth or fifth of April each year. The festival commemorates ancestors; Chinese families visit the burial grounds of their passed loved ones, where they pray to them, leave them offerings and clean their tombs. During the holiday, a number of parks in Beijing hold dozens of events and flower-themed festivals, such as the Cherry Blossom Festival at Yuyuantan Park and the Peach Blossom Festival at Beijing Botanical Garden. Kites with coloured lanterns tied to the ends are flown day or night during Qingming, and some believe that letting the kite go will bring good luck. 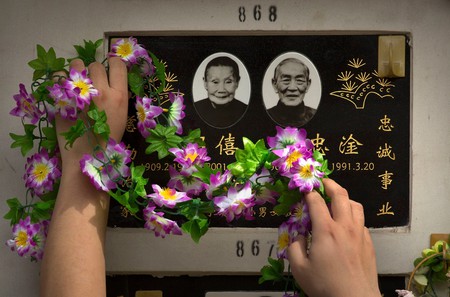 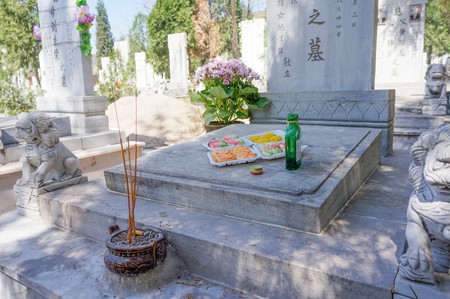 Founded in 2011, the Beijing International Film Festival showcases a range of foreign and domestic films across seven sections. Sponsored by the municipal government, the week-long festival reflects the growth of China’s film industry over the past decade. The festival brings together the international and Chinese film industries, with past high-profile Hollywood guests including director James Cameron and actors Jeremy Renner and Natalie Portman. 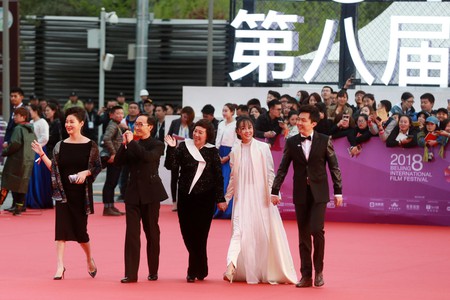 The Great Wall Festival is a 30-hour techno party held in a remote area of the Great Wall. Revellers start the wild, adrenaline-packed weekend with a five-kilometre (three-mile) run along the wall before raving to a line-up of international and local DJs. Partygoers can opt to sleep overnight at the wall, in villas or tents. It’s a chance for techno lovers to experience a musical high like no other.

The Dragon Boat Festival is a celebration that involves racing dragon-shaped boats. The holiday commemorates the poet Qu Yuan, who was banished by the king. Out of shame, he drowned himself in the Miluo River. When the townspeople failed to save his body from the river, they instead threw rice into the water to save his flesh from being eaten by fish. It is said that this sparked the tradition of eating glutinous rice treats called zongzi on this day. A number of Beijing parks, such as the Shunyi Olympic Water Park and Qinglonghu Park, hold dragon boat races. You can also participate in zongzi-making classes. 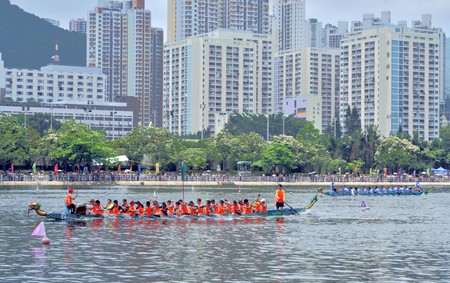 Based on a Chinese myth, the Double Seventh Festival – otherwise known as Chinese Valentine’s Day – is a celebration of the meeting of Zhinü and Niulang. The Chinese legend tells the story of a cowherd and weaver who were in love but forbidden from seeing each other except on one day of the year; the two lovers would reunite every year on the seventh day of the seventh month of the Chinese calendar. To celebrate this reunion, couples give each other gifts and flowers, while many restaurants in Beijing take advantage of the occasion by offering special romantically themed dinners. 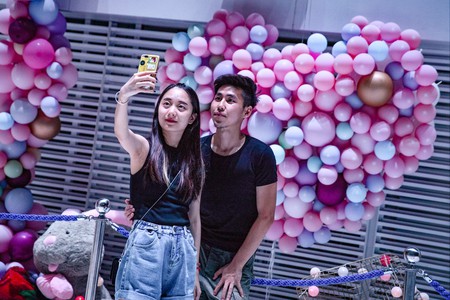 Ghost Day is an annual Buddhist and Taoist celebration that involves people paying tribute to deceased ancestors’ spirits, which are said to rise from the depths of the underworld on the 15th day of the seventh month. During this time, families satisfy the hungry souls by praying to them, feeding them and giving them drinks. On street corners across Beijing you’ll see families burning joss paper, as well as lighting incense and lanterns to help their deceased family members’ ghosts find their way back to the underworld; when the lanterns’ candles have blown out, it is said that the spirits have returned to their rightful places of rest, and the festivities come to a close.

Held annually on the 15th day of the eighth month, the Mid-Autumn Festival, or the Harvest Moon Festival, celebrates (as you might have guessed) a completed harvest and the full moon. Nowadays, families mark the day by gathering together to pray and give thanks. Families also burn incense and hold extravagant feasts, complete with what appears to be a never-ending supply of moon cakes. During this period, Beijingers might celebrate by taking an evening lake cruise in Beihai Park or Shichahai. Many people also visit the Summer Palace to admire the Osmanthus trees – the 72 ancient trees planted at the Summer Palace produce particularly fragrant flowers at this time of year. 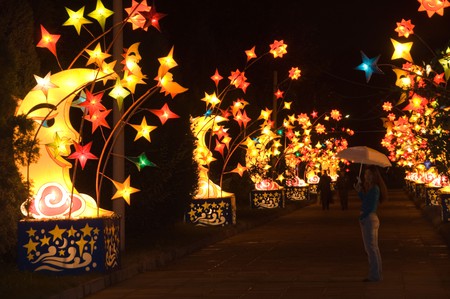 National Day Golden Week is an annual public holiday beginning on October 1. The seven- or eight-day period begins with China National Day, which commemorates the founding of the People’s Republic of China. There’s plenty to do in Beijing during Golden Week – the holiday typically coincides with the annual Beijing Design Week and China Open tennis tournament – but expect crowds and plan ahead. The capital also holds a military parade in Tiananmen Square every five years. 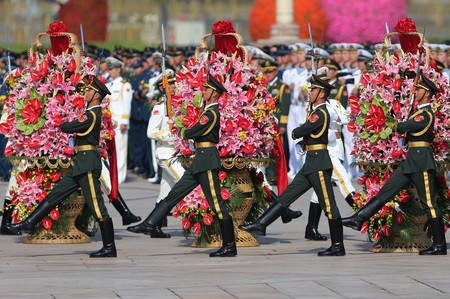 In Beijing, people celebrate the festival by hiking up mountains such as the Great Wall, as it is believed that climbing a high mountain will help prevent illness. Beijingers also like to observe the holiday by eating Chongyang cake, as cake in Mandarin (pronounced ‘gao’) sounds like the character for high. 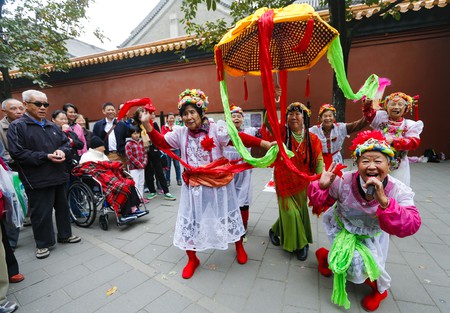 The Winter Solstice Festival marks the arrival of winter. It is said to coincide with the yin and yang philosophy of balance; the change in daylight during the winter months is thought to bring a positive energy flow. During this time, it’s common for people to consume yang foods, such as meat dumplings stuffed with garlic and ginger, to make up for the lack of yang energy brought about by the onset of winter.

Hosted in the Olympic Bird’s Nest Stadium, the Ice and Snow Festival offers Beijingers the chance to participate in a host of winter activities, such as ice skating, sledding and snowy bumper cars. The stadium is turned into a snow-filled playground, bringing some winter cheer to the city. 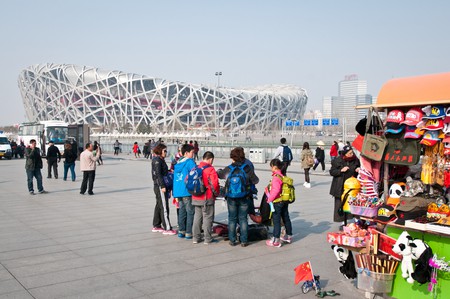 This article is an updated version of a story created by Julianna Tetreault.