A Wine-Centric Theme Park Is Being Built in China 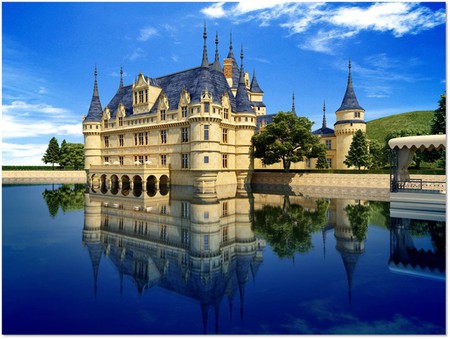 For the past several years, China has been the world’s largest consumer of red wine. (White wine, its color associated with death and funerals, is not as popular.) It’s estimated that by the year 2020, the country’s wine consumption will be worth US$22 billion per year. The country is also the world’s second-largest producer of wine in terms of area cultivated, behind only Spain, and Changyu, China’s oldest winemaker, wants a bigger share of that massive wine spend.

The company has already built French-style chateaux and Italianate castles around the country, each representing a different European winemaking region. Now, in the port town of Yantai, on the peninsula stretching toward North Korea in the province of Shandong, it’s planning a 1,000-acre project costing an estimated ¥6 billion (about $870 million). 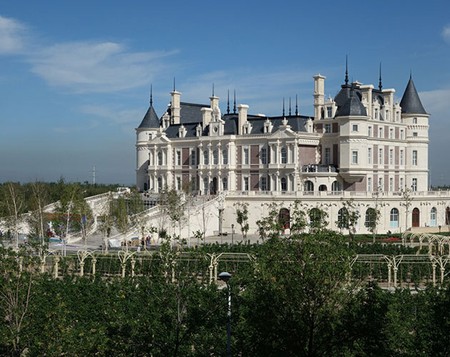 The project is intended to create a full-on “wine city”—essentially a wine theme park—where members of the public can play wine tourist. One faux-chateau has already been built, with two more near completion and several more in the works. The structures will house tourist attractions like winemaking exhibits, tasting rooms and bars, as well as wine research and production facilities.

According to Changyu’s website, the winery at Yantai will be be the largest wine- and brandy-making facility in the world. Once the facility reaches peak production capacity, a tour guide told Bloomberg, it’s expected to produce a mind-boggling 450,000 tons of wine and brandy each year. That’s more than 2,000 times the output of many premium French wine producers.

So who knows? Maybe soon Changyu will be as in-demand as Petrus or Romanée-Conti. In the meantime, though, who wouldn’t want to visit the brand’s Disneyland-for-wine?