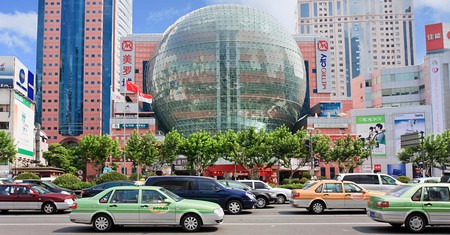 Explore the origins of Xujiahui in downtown Shanghai, the nexus of China’s first cross-cultural exchanges with westerners.

With its mass of shopping malls and office towers rising above a tangle of metro lines, Xujiahui has undoubtedly shed its agricultural and industrial roots. Streams once flowed through this southwest corner of downtown Shanghai, now celebrated as the birthplace of Shanghai-style culture. Take a historic walking tour of Xujiahui’s fascinating sites, starting at the memorial hall dedicated to the area’s namesake. 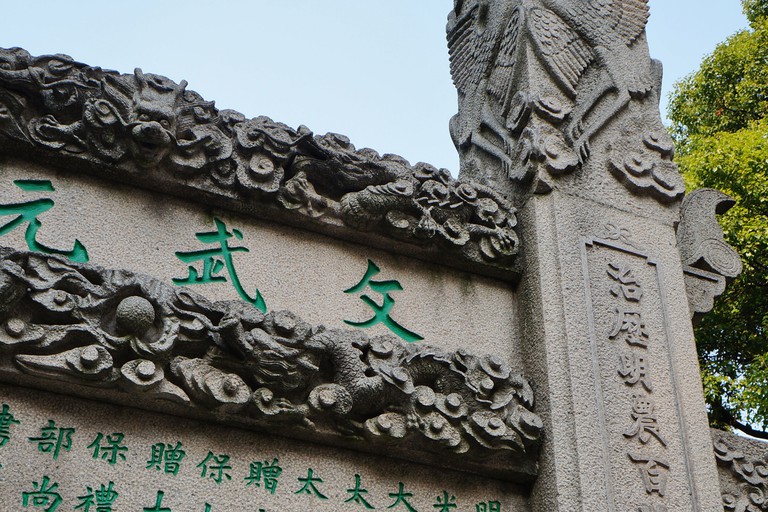 China’s initial encounters with the west – and the resulting cultural inclusivity that Shanghai still enjoys today – started hundreds of years ago in Xujiahui, and Xu Guangqi Memorial Hall is a fitting place to learn about this seminal time. Xu Guangqi was a Shanghai-born scientist who became the Minister of Rites and Grand Secretary under the Ming dynasty (1368–1644). Consequently, his contributions and influence were huge. In fact, the area’s original name, Zi-ka-wei, was later changed to Xujiahui, which means ‘Xu family’s property at the river junction’. Xu, who was famously converted to Catholicism by Italian Jesuit priest Matteo Ricci, donated land to the Catholic Church. The pair worked together on cross-cultural exchanges that opened China up to Western science, technology and culture – and vice versa.

After getting a primer on Xu Guangqi’s cultural and scientific contributions to China, pay homage to the scientist at his burial site in Guangqi Park. This tranquil green space is also an object lesson in Ming dynasty imperial burial traditions. Xu’s tomb was originally built here in 1641, and the sacred pathways and ornate memorial archways were restored in 2003. 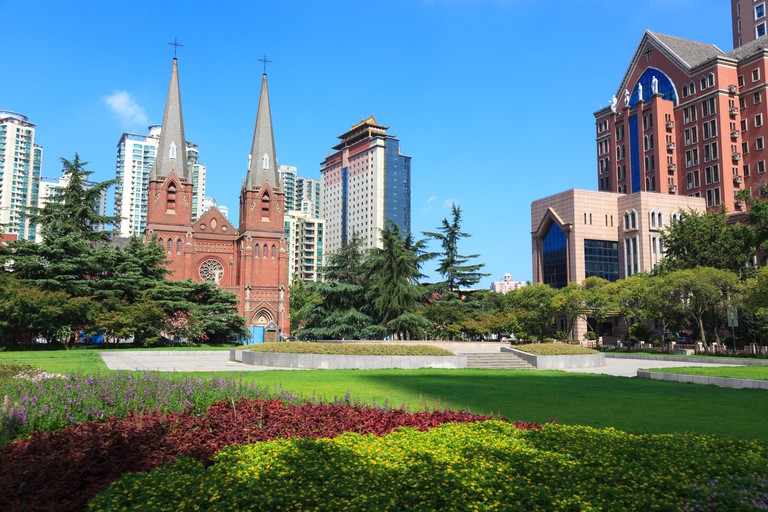 If the imposing Xujiahui Cathedral looks vaguely familiar, that’s because Steven Spielberg featured it in the opening scenes of his 1987 film Empire of the Sun, which was partly filmed and set in Shanghai. In reality, the Gothic twin towers of this church (also called St Ignatius Cathedral) are modern-day markers of Shanghai’s Roman Catholic diocese, which is headquartered here. Xu Guangqi invited the French Jesuits to create a missionary centre in the area, and he donated some of his family’s land to help the cause. In 1910 the Jesuits completed the brick-and-wood building with its pair of bell towers topped with spires that pierce the Shanghai skyline. During the Cultural Revolution the church became the warehouse of the Shanghai Fruit and Grocery Company before being restored in the late 1970s.

There’s little left of the original 1926 complex, a five-storey European-style building that was the site of the former Virgin Mary Convent. One remnant is now occupied by Ye Olde Station restaurant, which has become something of a public museum showcasing Shanghai antiques from the ’20s and ’30s. Another pair of curiosities lies out back in the shaded garden – two centuries-old train carriages manufactured in Germany and Russia. They were built, respectively, for Empress Dowager Cixi and Madame Soong Ching-ling, the wife of Dr Sun Yat-sen.

Park
Facebook
Email
Twitter
Pinterest
Copy link
Share
Map View
Few tourists or foreigners seem to frequent Xujiahui Park, with its black swans, graceful willows and cherry blossoms that burst into puffs of pink in spring. They’re missing out on seeing a living diorama that recalls a slice of Shanghai’s industrial past. Once the domain of the Ta Chung Hua Rubber Factory, Xujiahui Park was the spectacular result of an urban renewal project, designed to mirror a miniature Shanghai with its Old Town and black brick alleys, and the Huangpu River flowing through its lush gardens.You can still see the factory’s old brick chimney at the corner of Zhaojiabang Road (it was a stream before being converted to a busy thoroughfare) and Tianping Road. A sky bridge lets people walk through the towering camphors and fragrant magnolias and watch locals playing badminton, practising tai chi or joining others for choral sessions under the covered pavilions. Grab a bench and watch this slice of Shanghai life unfold.
Open In Google Maps
Xujiahui, Xuhui District Shanghai, China
Give us feedback

Toward the east end of Xujiahui Park is a gorgeous 1921 red-brick villa, also known as La Villa Rouge, which now houses a restaurant of the same name. Back in the day, it was the Asian subsidiary of France-based Pathé Records and the first major record company in Shanghai. It held the rights to most of the mandopop, or Mandarin pop music, that was produced in the late ’30s and ’40s. Eventually, the Shanghai factory was acquired by Columbia Records, which later became part of EMI. In 1935, the company recored March of the Volunteers, the theme song of the film Sons and Daughters in a Time of Storm (1935), which became China’s national song in 1949. In an ironic twist to Pathé’s history in Shanghai, the Communist Party shut the factory down in the same year.

Building, Cinema, Movie Theater, Theater
Facebook
Email
Twitter
Pinterest
Copy link
Share
Map View
Across from Xujiahui Park, the Hengshan Cinema sits on a leafy block of Hengshan Road (formerly called Avenue Pétain). The still-operating 1951 Art Deco movie theatre, now called the New Hengshan Cinema, was the first of its kind built in Shanghai since the People’s Republic of China was established. The original was refurbished in the late 2000s, but the distinctive red star that crowns the chunky throwback remains. First-run films play in three theatres here, and there are cosy seats for couples in the VIP room. It’s a little bit of old and new in this bustling neighbourhood with deep origins.
Open In Google Maps
838号 Heng Shan Lu, Xu Jia Hui, Xuhui Qu Shanghai Shi, China
+862164375323
Give us feedback
Give us feedback