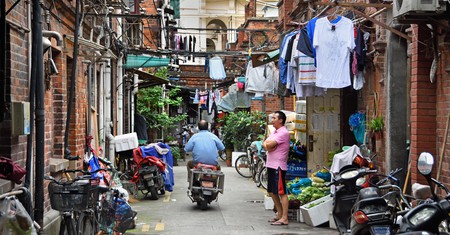 With tree-lined avenues, historic architecture and a quaint collection of shops and restaurants, Shanghai’s Former French Concession is the ideal place for a moment of calm. For the better part of a century this area fell under French jurisdiction, resulting in a number of European touches. This influence is still very much evident: handsome villas perch along the promenade, while high-society ladies sip tea in the shade of linen-white gazebos. The charming scenery and slower pace make it an ideal destination to explore on foot.

Start your day on an easy note at Fuxing Park, 25 gorgeous acres (10 hectares) of greenery that fuses French classic style with Chinese landscaping. Admire its delicately manicured rose gardens before spotting your reflection in its impressive koi ponds and fountains. As with many parks in China, this is something of a community hub: you can watch locals indulge in a spot of tai chi, or ask to join some senior citizens in a game of chess. Make sure to visit the impressive statues of German philosophers Marx and Engels before you depart. Fuxing Park is easily accessible from either South Huangpi Road or Xintiandi stations. 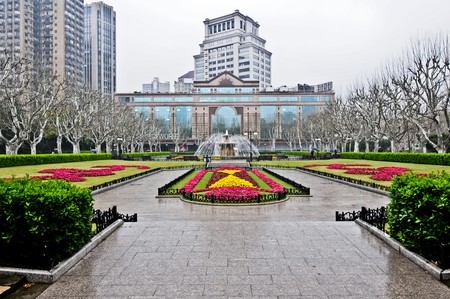 ‘Do brunch’ in Xintiandi

A 10-minute stroll from Fuxing Park along Chongqing South Road and ZhiZhong Road takes you to Xintiandi: an upmarket, pedestrian-only courtyard that houses a wealth of international restaurants, delis and boutiques. If you’re in the mood for brunch, Andaz Xintiandi (known for its elegant ‘bubbles and brunch’) and Sproutworks (a vegan’s paradise) are both good choices. 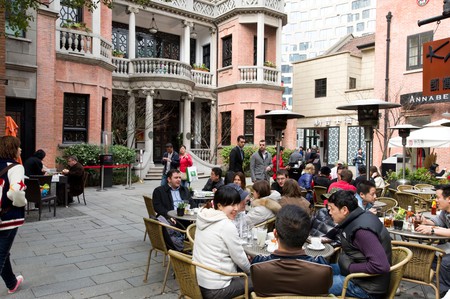 Stroll back in time at Sinan Road

After a spot of brunching, it’s time to explore the deep history behind the Former French Concession. Head North from Xintiandi onto Xingye Road, followed by Chongqing South Road. You’ll then come to Sinan Road, an old-style Shanghai Street enveloped with majestic trees and surrounded by sprawling western villas.

It’s the ideal place for a peaceful stroll. Yet there are also two houses here of particular historical note: Dr Sun Yat-Sen’s former residence (home to an exhibition of the influential figure, who was the leader of China’s republican revolution) and the former home of Zhou Enlai (the first Prime Minister of People’s Republic of China). Of the two, Sun Yat-Sen’s home is particularly worth a visit. Much of the original building (which Yat-Sen lived in until his death in 1925) remains untouched.

You may also care to stumble into Sinan Mansions, a relatively new modern development that houses upmarket, international eateries and Boxcat Brewery. Their beer is sold in various bars and pubs throughout Shanghai. 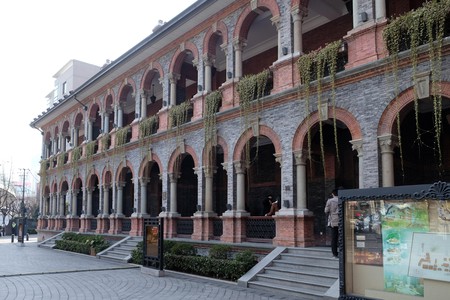 Revel in Shanghai’s creative side in Tianzifang 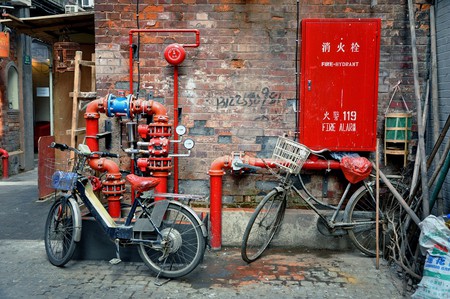 Learn a new skill at Shanghai Museum of Arts and Crafts

Continue indulging your creative side by heading to Shanghai Museum of Arts and Crafts on Fenyan Lu. The beautiful historic building dates back to 1905 and is worth a trip in itself. Head inside and you’ll get the chance to participate in Chinese lantern and paper cutting workshops. 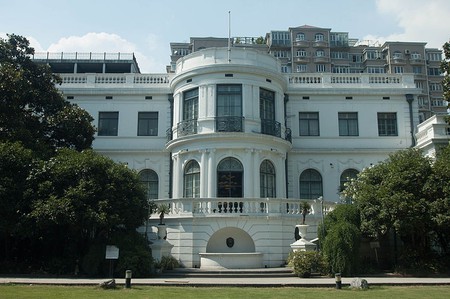