A Tour of Dongyue Museum’s Departments of Death 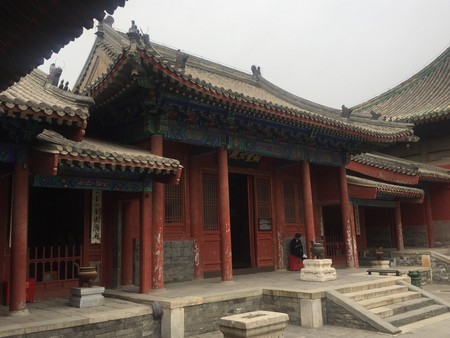 Interior of the Dongyue Temple

An unsuspecting earth dweller is faced with many bureaucratic procedures in their lifetime. It is a blissful thought that when our time on this planet is over, what follows will be rid of any further paperwork. For Taoists it is time to think again. Get a preview of what the afterlife will look like at Beijing’s Dongyue Temple’s Departments of Death.

The Dongyue Temple is now part of the Beijing Folk Custom Museum, but its history stretches back over 700 years. It was first constructed during the Yuan Dynasty in 1319. The Temple was built as a place to offer sacrifices to gods and ancestors and became a centre of cultural activity. It was a place where people gathered for celebrations such as Spring Festival, Dragon Boat Festival or Mid-Autumn Festival. Yet this simple description does not do the Temple justice. As an unsuspecting visitor walks inside expecting a tranquil sanctuary and is instead greeted by a number of chambers with peculiar inhabitants. 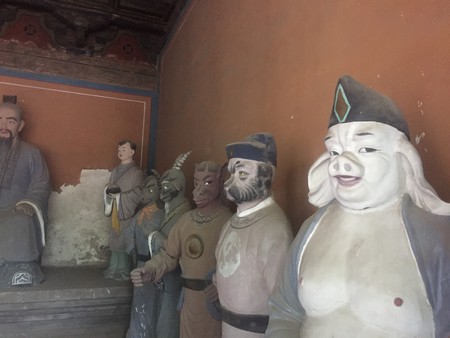 The chambers are in fact the 76 Taoist Departments of Death, meticulously run and guarded by the inhabitants of the underworld. These departments await those who have committed wrong-doings in their earthly life or would like to register a complaint on account of their unexpectedly abrupt life. No sin will go unnoticed under the attentive and slightly flirtatious eye of the guards of the underworld. 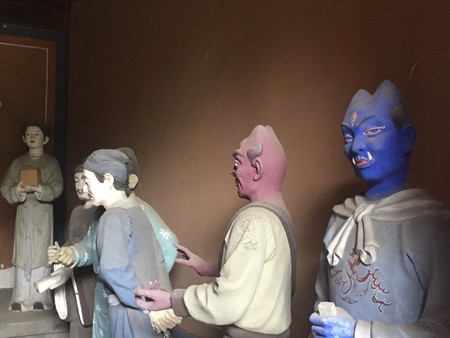 A Guardian of the Underworld | Courtesy of Anastasiia Ilina

And no crime will be overlooked for “evil is punished with evil” at the demonstratively graphic punishment department. 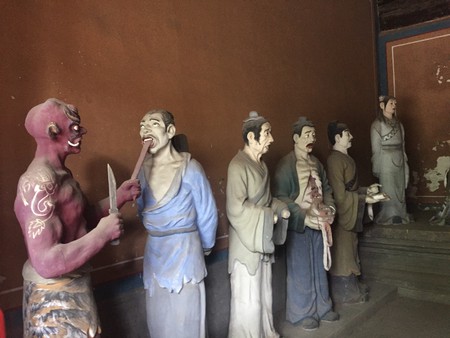 The Departments of Hell are not all violent and gory. Some are dedicated to Taoist monks and priests, monitoring whether the rest of us are abiding by the rules and laws of the Taoist teaching. 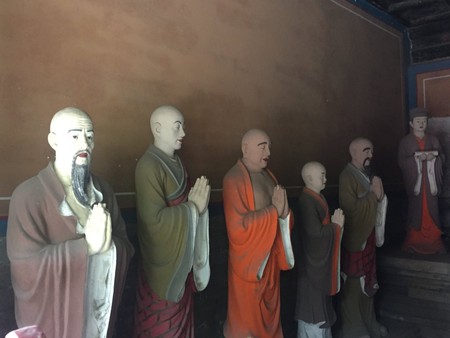 Not many though. After a comforting visit to the images of peace-seeking monks and scholars, your typical hell-tourist encounters more spirits of the underworld. 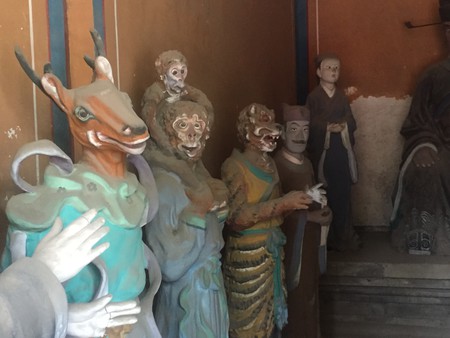 Department of Controlling Evil Spirits | Courtesy of the Author

Although the above statues may seem ridiculous and comic, Taoist believers placed great importance in the afterlife. Their beliefs stated that after death, the soul is merely released from the body to continue it eternal existence. It is no surprise that Hell in the eyes of Taoists is so organised and structured – it has the responsibility of determining the fate of an eternal soul.