A Solo Traveler's Guide to Shanghai 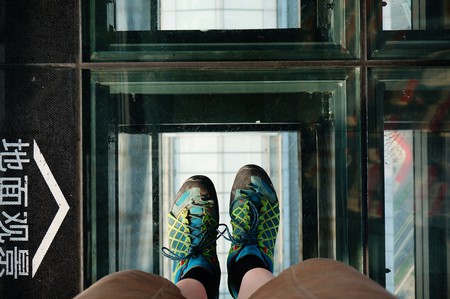 Solo travel isn’t for everyone. All the frustrations of regular travel are exacerbated when you’re on your own. But that doesn’t mean you shouldn’t try it. Especially in a city like Shanghai, where there is something to do around every corner and transportation is a breeze, there’s no reason that traveling by yourself should be intimidating. Just follow our lead.

Getting out of the airport

So you’ve just landed at the airport. Everyone around you is talking in a language you can’t even begin to understand, you don’t have a SIM card, and you’re all the way out in Pudong. Don’t panic! True, the Pudong airport (PVG) is about an hour away from the city, but you have several means of getting where you want to go. The easiest but priciest option is to queue up for a taxi. Don’t be duped by the people shouting “taxi” at you in the arrivals terminal. You’ll be able to find one no problem if you just follow the signs. A taxi from the airport into town should cost you around RMB200 ($30), so have that cash prepared in advance.

The cheapest option is to take metro line 2; however, this will take significantly longer and is only available until 11pm.

You can also take city bus No. 2 from either terminal at PVG to Jing’an Temple. Like the metro, the bus only runs until 11pm, and a ticket should set you back a mere RMB22 ($3.19).

But none of those methods compares to the Maglev train. The Maglev, which travels at speeds up to 431 kph (268 mph), won’t take you all the way into the city center but instead drops you off at Longyang Rd, from where you can continue on the metro or take a taxi. It may not seem like the Maglev makes much of a difference, but the last few stops on metro line 2 are farther apart than they appear, and the Maglev significantly cuts down on travel time. Plus, it’s just cool. A single journey ticket costs RMB50 ($7.25), or RMB40 ($5.80) if you use a public transportation card (which can be purchased at the Maglev entrance). 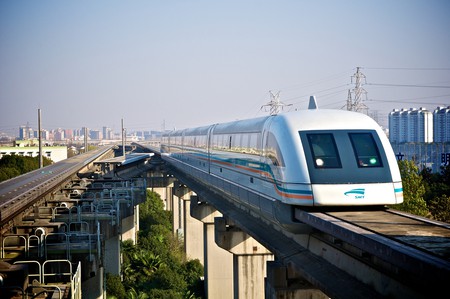 Once you’re in town, you’ll start to feel much more relaxed. Check in to one of these recommended hostels, all of which are highly rated and great for meeting fellow travelers.

Captain Hostel is a Shanghai institution and also one of the easiest ways to stay Bund-side on the cheap. The international youth hostel is ship-themed, as the name suggests. It’s amazingly comfortable for the price, unusually clean for a hostel, and the rooftop bar at the top offers the kind of views you have to pay big for elsewhere.

Whereas most Shanghai hostels are located in and around the People’s Square area, Le Tour is conveniently situated in expat-friendly Jing’an District. You can easily walk to sites like Jing’an Temple, as well as some of the city’s most popular bars and restaurants.

The rooms at MOUSSE are unique in that they all come with a private bathroom, meaning comfort is key. What makes this hostel great for solo travelers, though, is the barbecue and sun terrace, where you can look out on the city and mingle with your new best friends.

Where to meet people

Forget the fact that you’re in one of the world’s largest cities. The people here are friendly (for the most part) and often willing to go out of their way to help you. Many locals are eager to meet foreign friends, so if you enter with an open mind and gregarious soul, almost any attraction in the city is also a way to meet people.

With that said, a guaranteed way to see some of the best parts of the city while meeting other foreigners is to take an UnTour. UnTour offers unconventional tours of the city, focusing on the disappearing street food scene. Not only will you get to try incredible food that you wouldn’t be able to find otherwise, but you’ll be paired with a guide who can show you a more authentic side of Shanghai than you’d get by simply sticking to the major attractions.

Of course you should check out the Bund. You can’t come to Shanghai and not see the Bund. But do realize that the city is so much more than that. Spend a day and go to some of Shanghai’s markets. There’s one for flowers, one for bespoke clothing, one for photography equipment. There’s even one for hotel supplies!

Or, enjoy one of the many non-touristy things the city has to do.

No matter what your travel preferences are, you have to see the French Concession. It’s the gem of Shanghai and may end up being one of your favorite parts of the trip. Take the metro to South Shaanxi Rd station and walk in any direction to experience this historically significant, relaxing, and unique area of the city. Yes, there are mostly a lot of fancy malls around the metro stop itself, but get a little farther out and you’ll find charming street after charming street. 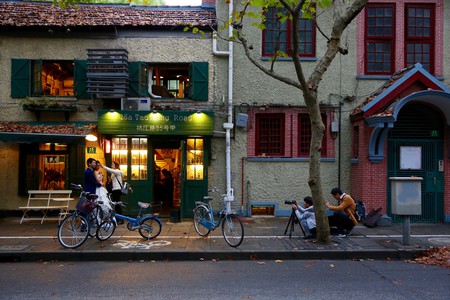 Shanghai is world-famous for some of its watering holes, but the ones you should focus on as a solo traveler are the grungy dive bars: Perry’s, Helen’s, and Windows.

Perry’s and Helen’s are nearly identical. They both are built around the concept of cheap, cheap booze and rowdy nights. Everyone who’s lived in Shanghai for any length of time has a Perry’s story, but be aware that you get what you pay for. The alcohol is typically fake, meaning that it’s been mixed by a black market businessman somewhere in rural China and packaged in old labeled bottles. It sounds scary, but if you don’t overdo it, you will be fine…albeit with a nasty hangover the next day. Your best bet? Order beer. The beer is real.

At any of these bars, it’s so easy to sit down at a random table and join in a game of liar’s dice or poker, and the next thing you know, you’ve made friends from all around the world who are begging you to come visit them in their respective hometowns. 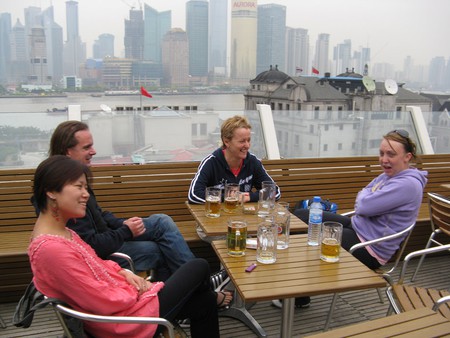 You’re nearly ready to tackle Shanghai on your own. Here are a few more tips before you arrive: 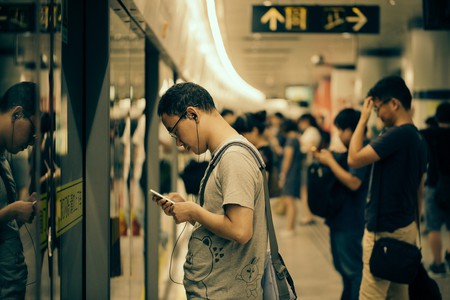 Shanghai Metro | ©hans-johnson/Flickr
Give us feedback