Beijing summers can be scorching hot and the imperial family knew that very well. The Summer Palace was constructed to provide refuge from the summer heat and to create a getaway from the busy city.

The origins of the Summer Palace date back to the 12th century, prior to Beijing becoming China’s capital city. During the Yuan dynasty, the capital was moved to modern-day Beijing, then named Khanbaliq or Dadu, and a waterworks project was commenced to build what would later become Kunming Lake. The main purpose of the project was to create a water supply for the palace. Later dynasties continued the development of Palace, giving it the shape it has today. Two more lakes were created and collectively they became the Kunming Lake that we can see in the park today.

In the 18th century the park and palace became the primary residence of the Qing dynasty emperors. The Longevity Hill which rises up beside the lake provides a panoramic view of the territory. Down by the waterside, a path known as the “Long Corridor” can provide shade on a sunny day and is a scenic walk along the side of the lake. During the 20th century the park suffered from attacks by foreign invaders following the aftermath of the Opium Wars (1839-1842, 1856-1860). It was later restored and rumour suggests that the Dowager Empress Cixi reallocated navy funds to restore the palace and park to their former glory. The Summer Palace was included on the World Heritage list in 1998.

The Summer Palace is one of the most scenic locations in Beijing, as well as a masterpiece of landscape design. The location may seem slightly out of the typical visitors way and the journey time-consuming, but is still a must-visit for history and nature lovers. The park offers boats on Kunming lake in the summer and ice-skating in the winter. 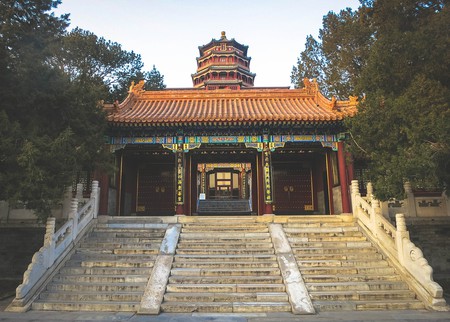 Entrance to the Summer Palace | © TravelCoffeeBook/Pixabay

A few stations back, at Yuanming Yuan station, is the Old Summer Palace. It was destroyed by the Anglo-French troops at the end of the 19th century, following the events of the Opium Wars. Despite being in ruins, the Old Summer Palace has a charm that attracts history lovers. The Summer Palace bus station has routes leading to various hiking locations outside of the city, such as Fragrant Hills and Baiwang (‘A Hundred Dreams’) Mountain. 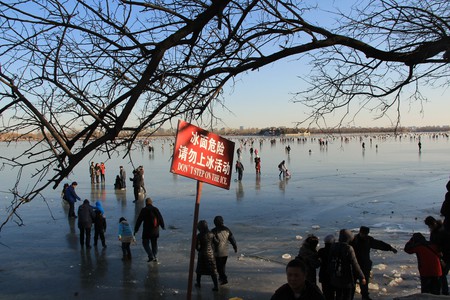 The Summer Palace is easily accessible by subway. Take the subway line 4 to Beigong men station and walk out of exit D. Turning left, continue walking along the walls of the park until you reach the main entrance.