Xuefei Yang is renowned as one of the world’s finest classical guitarists. Born in Beijing following the Cultural Revolution, during which Western music and instruments were banned, she was the first-ever guitarist in China to enter a music school. Credited as a musical innovator, she has also become the first Chinese guitarist to launch an international career. 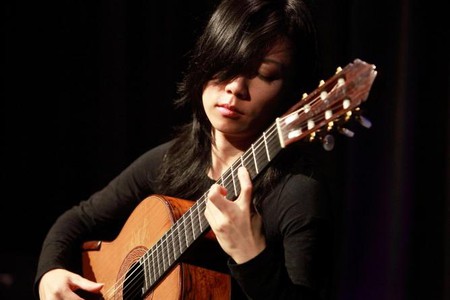 As a professional musician, Xuefei Yang enjoys a truly international career, performing in over forty countries as a soloist and with leading orchestras in some of the world’s most prestigious venues. Based in the United Kingdom, Yang records exclusively for EMI Classics. Her musical interests extend beyond the boundaries of classical music, and she has had a range of successful collaborations with artists in other fields. Along with pop musicians such as John Miles, Yang has also joined forces with other well-established creatives such as crossover artist David Garrett and Spanish flamenco dancer Raquel de Luna. 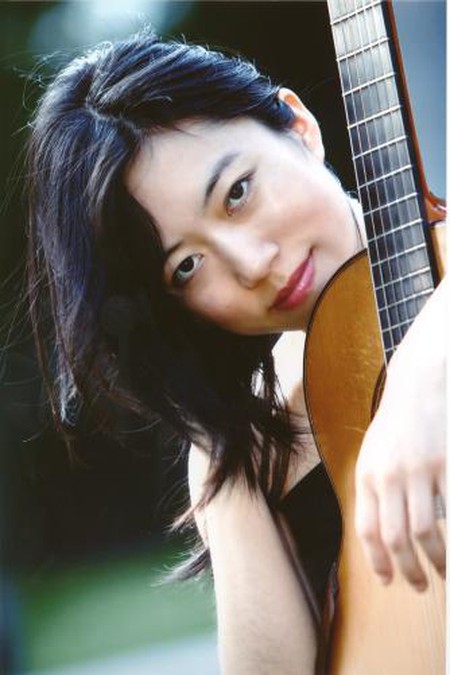 Yang began her relationship with the guitar at the age of seven, with formal tuition following at the age of ten. She studied under the famous guitarist Chen Zhi (who later became Chairman of the China Classical Guitar Society). Her first public performance was at the First China International Guitar Festival, where she won immediate acclaim and had her first foreign guitar presented to her from celebrated Japanese guitar maker Masaru Kohno. After this first flush of success, Yang went on to win a second prize at the Beijing Senior Guitar competition, being the only child competitor at the age of eleven.

Whilst still at school, Yang earnt herself a reputation as an international icon — playing extensively in China, Hong Kong, Spain and Australia, along with concert tours in Japan, Taiwan and Portugal. The talent that exuded from Yang at such a young age touched not only Masaru Kohno, but also Joaquín Rodrigo and John Williams. In 1995, after hearing Yang play in Beijing, Williams left his Smallman guitar for a friend to bring back for Yang after his concert in Hong Kong.

After completing her initial education, Yang went on to continue her musical studies in Beijing; becoming the first guitarist to enter music school in China and obtain a Bachelor of Arts degree from the very prestigious Central Conservatory of Music. She then became the first guitarist from China to study in the United Kingdom and the first guitarist ever to receive an international scholarship from the Associated Board of the Royal Schools of Music for her postgraduate programme at the elite Royal Academy of Music in London.

Yang’s move to London in the year of 2000 enabled her to study under aficionado musicians such as John Mills, Timothy Walker and Michael Lewin — as well as solidifying her international presence with several concert performances and solo recitals in both the UK and Europe. She graduated with a distinction from her postgraduate studies in 2002, achieving a Recital Diploma and the Royal Academy of Music Principal’s prize for exceptional all-round studentship. Most recently, Yang received the honour of being made a Fellow of the Royal Academy of Music — an honour that is held by a maximum of three hundred people at a time. The UK’s Classic FM named Yang as one of the ‘Top 100 Classical Musicians of Our Time’. 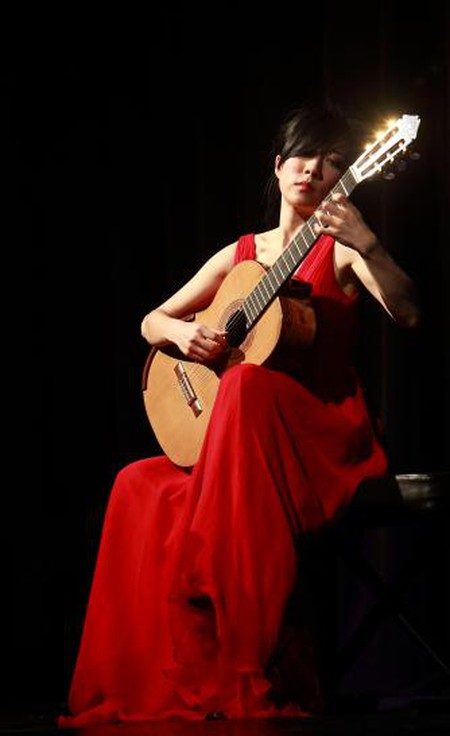 Yang’s debut album entitled Romance de Amor won a gold disc in Hong Kong, and her diverse follow up 40 Degrees North features music from Spain and China. The latter was selected as ‘Editor’s Choice’ in Gramophone magazine and won the Candon Radio Award for ‘Best Instrumental CD of 2008’ in China. The third offering was a concerto album recorded with the Barcelona Symphony Orchestra (conducted by Eiji Oue), featuring the music of Rodrigo’s Concerto de Aranjuez and a new Albeniz Concerto by Stephen Goss commissioned by EMI for Yang. Her fourth and most recent album is a more classical release featuring the music of J.S. Bach and was released by EMI in February 2012.

Yang’s schedule for the 2012/2013 seasons include performances with the Hangzhou Symphony, Toledo Symphony and Orpheus Sinfonia. Recitals throughout the UK, and in Seattle, Dallas and Minneapolis in the US will ensure she performs for a large percentage of her fans. Along with an EMI recording with Ian Bostridge, she collaborated with Sir James Galway for a selection of concerts in China. Yang has also appeared on numerous television and radio programmes including the BBC Proms, a BBC documentary entitled ‘The Story of Guitar’ and a biographical documentary on Yang made by China Central Television.

Along with numerous engagements in the UK, Yang will be embarking on a tour of the USA in October, which will include engagements in San Francisco, Houston and Baltimore. Following this trip, she will appear at London’s Wigmore Hall on the 3rd of November, where she will give a recital featuring music by Britten, Schubert and Walton, and the world premier of a piece by Chen Yi – the very first piece Yang has received from a Chinese composer. 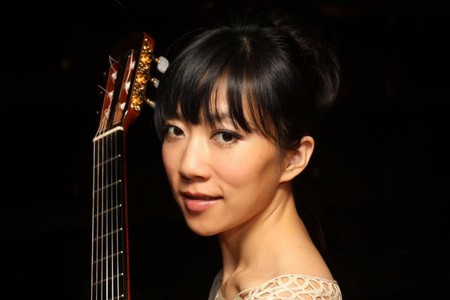 Away from the cameras and off-stage, Yang is continually experimenting with her own guitar repertoire. Paying homage to her roots and nationality, she has a particular interest in interweaving Chinese music into her set, whilst making significant contributions to the guitar’s concerto repertoire. Her musical creativity produces exciting and substantial new works, which will be floating onto the concert stage and into the recording studio in the near future.

For more information about Xuefei Yang or to hear the latest news about the guitarist, click here.