A History Of Homosexuality In China 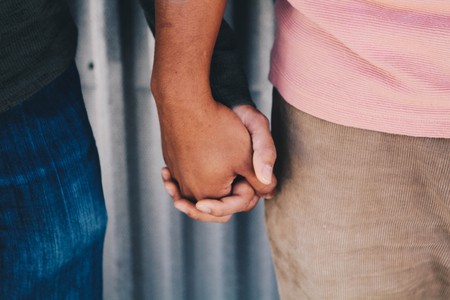 When China’s most well-known sociologist and sexologist Li Yinhe attempted to propose legalization of same-sex marriage to China’s top political advisory body in 2005, she was told “China is not ready.” Not ready for what, exactly? Not ready to accept that a significant part of its own population is, indeed, gay? Not ready to see Chinese society as anything other than “straight?” The fact of the matter is that China has, throughout its 5,000-year history, seen and accepted homosexuality as a tradition of sorts, and it is only since late dynastic China that “Chinese” and “gay” have become non-negotiable identities. 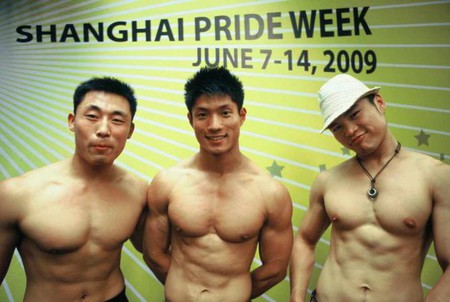 If a 50-year-old Chinese man were to hear the statement, “Homosexuality was traditionally accepted in China,” he would likely react by saying “You’re wrong.” Indeed, in modern explorations of homosexual tolerance in China, such as Li Yinhe’s sociological research and Chinese filmmaker Cui Zi’en’s 2008 documentary Queer China, Comrade China (Zhi Tong Zhi), it is made clear that modern China does not readily accept homosexuality.

However, contrast this attitude with texts that reach further back than the 20th century. Bret Hinsch’s classic account of homosexuality in ancient China, Passions of the Cut Sleeve, quite factually posits that before the 19th century homosexuality and homoeroticism were not just accepted, but actually celebrated. Hinsch uses content analysis to show that in ancient Chinese texts dating back several thousands of years, love between men was a common phenomenon. He discovered the phrase “Passion of the Cut Sleeve” (duan xiu zhi pi – 断袖之癖) was used as a euphemism for homoeroticism in Chinese literary works. The origin is a story of an emperor who was sharing his bed with one of his favored male servants. In order to avoid disturbing the servant’s sleep as the emperor got out of bed, he cut the sleeve of his robe which his servant was resting on. Hinsch shows that such an act was clearly perceived as love between the two men, as later literary works featured the same euphemism to express homoerotic love. 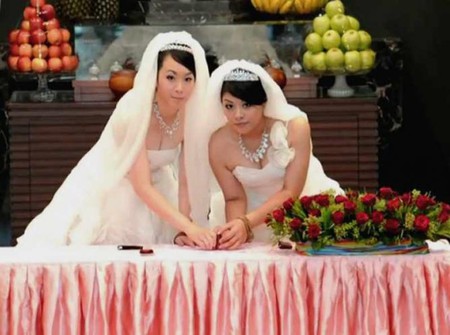 A gay wedding in Taiwan | © Guy of taipei/WikiCommons

Hinsch’s work has been celebrated by scholars of homosexuality in China as proof that intolerance of homosexuality is not a traditional aspect of Chinese culture. Rather, many aspects of Chinese tradition were either lost or altered during the Cultural Revolution (1966-1976) when then Chairman Mao Zedong encouraged the renunciation of tradition in order to embrace modernity. Unfortunately, with modernity came exposure to Western definitions of sexuality, and thus Western intolerance of homosexuality. This is not to say that if China had never been exposed to the West, tolerance of homosexuality would have remained a part of Chinese culture (although that is indeed possible). Regardless, exposure to Western psychiatry brought about the adoption of the rhetoric of “tongxinglianbing” or “homosexuality illness.” Same-sex sexual attraction became considered abnormal and a mental disorder that required a cure. Indeed, many in China still consider homosexuality an illness, despite it being removed from psychiatric texts in China in 2001. Up until 1997, men caught engaging in homosexual acts could be persecuted under the crime of “hooliganism” (liumangzui), a persecution that was captured powerfully in the 1996 film “East Palace West Palace” (Dong Gong Xi Gong), which details the story of a gay man caught at a Beijing public bathroom and who is then consequently detained and beaten. 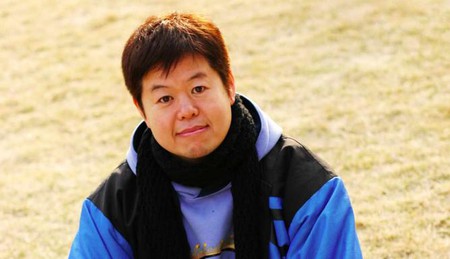 Today, homosexuality may not be considered a crime or a sickness according to law, but this seems to have done little to change the general negative attitudes towards homosexuality. The Confucian notion of filial piety requires a child perform the role that is expected of her/him, including getting married and having children of their own. This desire to remain filial is arguably the key reason that “cooperative/fake marriage” (hezuo/xingshi hunyin), a notion that was popularized by Ang Lee’s famed 1993 film “The Wedding Banquet,” has become a popular option for many gay and lesbian Chinese.

Cooperative/fake marriage may either involve marriage between a gay man and a lesbian, with family and friends fooled into thinking both partners are straight, or a marriage between a gay man and a straight woman who is unaware of his sexuality, with the husband continuing to pursue same-sex relationships outside of the marriage without the woman’s knowledge. These wives have been coined “homowives” or “tongqi,” and have been said to make up a surprisingly significant percentage of China’s population. Despite the somewhat frivolous feel of the terms themselves, arrangements like these can be highly distressing and destructive; in 2012, a woman in Sichuan who discovered her husband was gay committed suicide. 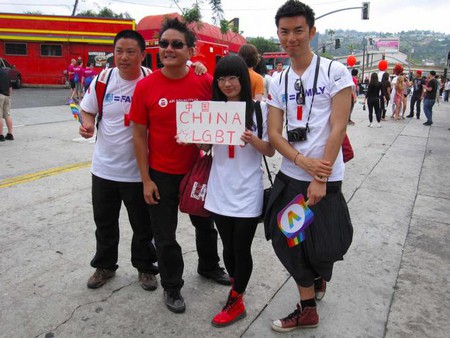 The pressure to remain inside the closet and live a completely straight life, or a fake straight life, can be almost unbearable for some men. Many Chinese gay men who have left China have expressed a strong desire not to return, unable to accept the intolerance they found there. Speaking to Culture Trip, Lao Xi, a 26-year-old born and raised in the northern city of Tianjin, said, “Chinese are very traditional. If you never leave China and are constantly in that traditional environment, it’s too difficult to accept homosexuality.” Qin Li, also from Tianjin, was 15 years old when his father asked if he was gay. Qin answered yes, only to have his father beat him all night. “That day is a day I can forgive, but never forget,” he recalled. “It wasn’t pain that I felt, it was shame.”

This is the harsh reality for many gay Chinese women and men who refuse to fake “straightness.” Indeed, many gay Chinese have left their homeland for just that reason. This phenomenon is known as “sexual migration,” a term coined by Hector Carrillo in 2004 who argues that many, if not most, migrants who are gay have migrated specifically because of their sexuality. In the case of gay Chinese, trying to be both gay and Chinese while living in China can be seen as an impossibility, an identity crisis that cannot be reconciled, and so they choose either to leave China, or feign a “straight lifestyle.”

Xiao Yu, a 28-year-old gay Chinese man who relocated to Sydney three years ago, claims that while China is still not good enough, ‘it’s getting better.’ Like all modern societies, China is constantly adjusting to both internal and external pressures that push for accommodation for all groups and members of society. Small steps like growth in NGOs that support the LGBTIQ community, as well as the development of social media platforms such as Beijing LGBT (Beijing Tongzhi Zhongxin), work to create open dialogue in the gay community and its allies. And, of course, individuals who task themselves with spreading a message of inclusivity – activists like Li Yinhe, artists like Cui Zi’en, or migrants that pursue freedom abroad like Qin Li – remain the most integral to this dialogue.