A Guide to Social Media Apps in China 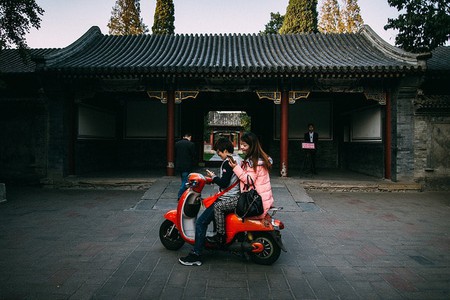 If you’re traveling to China, you may find that some of your apps don’t work quite as well as at home, and some don’t work at all. That’s because the Chinese government regulates them heavily, and censors those it can’t monitor and control.

This week it was reported that the messaging service WhatsApp had been blocked in mainland China ahead of a Communist Party meeting next month. Users have experienced difficulties logging in for more than a week, according to the BBC, and at times the service has been only accessible via virtual private networks (VPNs), which nullify China’s firewall.

The Communist Party’s meeting is held every five years and is supposed to take place during ideal conditions and not be disrupted in any way.

WhatsApp was previously the only Facebook-owned service still operational in mainland China. Both Facebook and Instagram have been blocked. Facebook was banned in 2009, with some suggesting this was due to the riots in July of that year between Muslim Uighurs and Han Chinese in Xinjiang.

Instagram was banned in 2014 after the pro-democracy protests in Hong Kong. The photo-sharing platform can’t be accessed anywhere within the Communist Party’s firewall.

Facebook isn’t the only major tech company to be censored, however.

Almost all of Google’s services, including Gmail, YouTube, and the company’s search, are blocked. Twitter has been blocked since 2009, and Snapchat and Pinterest are also inaccessible within China’s mainland.

That’s a pretty long list of extremely popular services that can’t be used in China, so while you are there, you might want to take a look at some of the local offerings.

Weibo is the Chinese version of Twitter, and despite being launched three years after the Western social media platform, it has more users in China than Twitter does in the whole world. Weibo boasts an impressive 340 million active users per month.

Now WhatsApp is blocked, visitors may turn to WeChat, which lets you communicate with friends, and a whole lot more. You can also hail cabs, stream videos, play games, and pay restaurant bills on the platform.

If you’re looking for videos, Youku is the YouTube equivalent. Users can upload their own videos—although the government closely monitors anything put on the site—and can also stream Netflix-style shows. There are even famous “Youkuers”, similar to the influencers found on YouTube.

QQ may not quite be Facebook, but it does a decent job of replacing Facebook Messenger. The platform is owned by Tencent, which also owns WeChat. Users don’t need a phone number to access QQ, plus the platform is accessible via desktop.

Social media platforms in China are extremely different to those in countries like the U.S. and the U.K. Companies such as Google, Facebook, and Twitter are all making efforts to build bridges with the Chinese government, but even if they do make it out from underneath the Great Firewall of China, the level of government monitoring and censorship will make for an entirely different experience to that enjoyed in other countries.