A Guide to Shanghai's Muslim Market 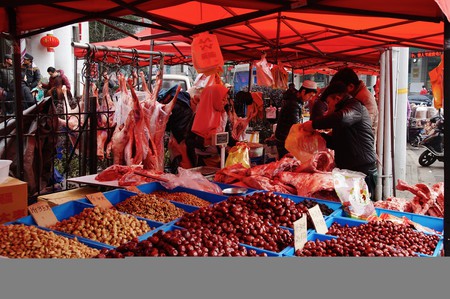 Every Friday afternoon in Shanghai, a wonderful thing happens on a little stretch of street just outside of the Huxi Mosque: local Chinese Muslims gather before their services to share the freshest Halal foods with the people – and sometimes dogs – of Shanghai. As cars beep their horns wildly to get through the crowd of hungry market-goers, tented stalls dish out everything from seasoned lamb kebabs to homemade sour yogurt.

While China is home to eight great regional cuisines and a variety of dishes and cooking methods, the common ingredient is pork. In fact, it’s very difficult to go to a simple restaurant in the mainland without running into some kind of pig-based dish. Even vegetables are cooked with pork. Of course, this presents a challenge to the nearly 22 million Muslims in the country who eat halal, and thus, avoid pork.

As such, the Muslims of China, mostly born throughout the northwest, have created their own Chinese cuisine that meets their religious requirements. The dishes are much more similar to those found throughout the Middle East: cumin seasoning, hearty takes on beef and lamb, and flat breads, among other things.

In Shanghai, the best place to try these unique flavors is at the Friday Muslim Market. Every week between the hours of (roughly) 11am and 3pm, the corner of Aomen Rd. and Changde Rd. turns into a culinary bazaar that will transport you west and make you feel like you’ll never need to eat pork again.

Culture Trip has highlighted the best of what’s on offer below.

There’s no need to be wary of this street meat. As halal eaters, Muslims are meticulous about sourcing their meat from only the cleanest and finest cuts. Seasoned with cumin and pepper flakes, these lamb kebabs, called 羊肉串 in Mandarin, go for RMB10 (US$1.45) a skewer. 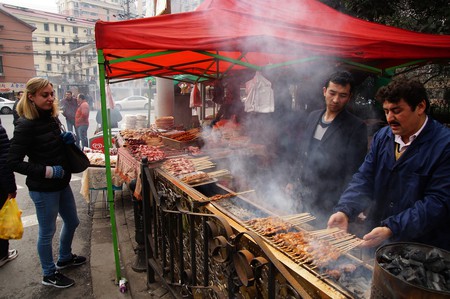 This traditional Uyghur dish can be found in many Xinjiang (China’s westernmost province) restaurants around town, but the chefs at the market know to use the fattiest portions of the lamb so that the rice absorbs maximum flavor, making this iteration the best in town. A plate full sells for RMB25 (US$3.64).

These crunchy meat pastries are filled with – you guessed it – lamb. They’re kind of like halal hot pockets, only much, much better than their microwavable counterparts. The skin is thick yet flaky, and the lamb is so perfectly moist that there’s no chance of a dry bite. 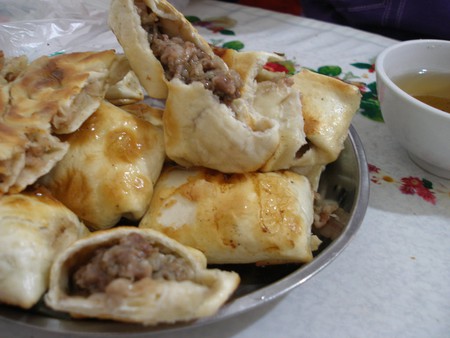 Don’t let the word sour deter you from trying this refreshing dish. Depending on your preference, the yogurt can be consumed plain or with the addition of sugar. Although the dish is nothing but dairy, it won’t weigh you down, as it is much less creamy than regular yogurt. The price for a bowl is RMB10 (US$1.45).

At the Shanghai Muslim Market, you better save room for dessert. On offer to satisfy your sweet tooth are a variety of fresh layer cakes. Culture Trip recommends the unique take on baklava or the incredibly fresh milk cake, reminiscent of tres leches. 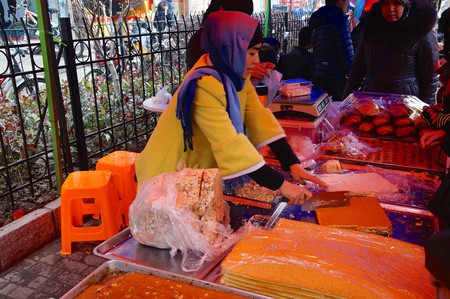 Before you leave, pick up a bag of naan flat bread, a Muslim specialty. Although freshly made, the bread is firm and dense, topped with sesame seeds. At RMB5 (US$.73) a piece, these are great to stock up on to help tide you over to the next Friday, when you can do the market all over again. 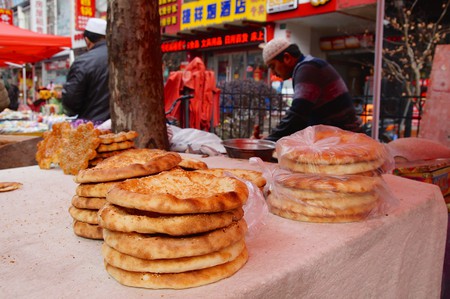